Playmaker, sniper, grinder, power forward, two-way forward, dangler, enforcer, agitator…. The list of labels used to categorize any given forward in todays game is nothing if not extensive. Add “shooting”, “hitting” or “passing” in front of one of these and you end up with what seems like an infinite number of combinations to choose from.

Let us take a step back. Imagine for a moment you know absolutely nothing about the sport of hockey. For all intents and purposes, you are a clean slate. Despite this, you decide you want to learn so you pick up a hockey manual and quickly lose yourself in it. Once you get past the basics – not to mention the many chapters detailing the intricacies of all the different types of forwards – you are eager to continue reading.

After all, hockey strikes you as an exciting, diverse sport.

You arrive at another section of the manual, this one labeled Defenseman. “This should be good”, you think to yourself, “the player types in the previous section were plentiful, nuanced and downright interesting – why wouldn’t this next section be?” Finally, imagine your disappointment when you arrive to the conclusion that there are only three types listed under “defenseman”.

“Snap back to reality”, as a famous Detroit rapper once said, and you’ll find yourself where we are today.

Offensive defenseman, defensive defenseman and two-way defenseman. For decades, these three player types have been the only way to categorize anyone who has laced up their skates to play the position of defense.

While it is true that there also used to be enforcer defensemen – a breed of player gradually phased out as the speed of the game picked up in the last decade – and that the term “offensive defenseman” isn’t as prominent as it used to be with the emergence of the replacement term “puck-moving defenseman”, you still end up with these three standardized player types.

Now, I argue that these three player types merely represent different sides to the same triangle and that they don’t do a nearly good enough job at describing the unique skillsets of the young, dynamic blueliners of today.

Let’s look at an example.

Take one of the best defensive pairings in the NHL last season: Jared Spurgeon and Ryan Suter of the Minnesota Wild. Ask an NHL pro scout what type of defenseman Spurgeon is and you would most likely get the answer “puck-moving defenseman”, as the diminutive defender does handle the puck extremely well and is known to provide a solid breakout pass to help the Wild start their attack. Ask that same scout about Suter and you would probably hear the words “two-way defenseman” come out of his mouth, not unlikely due to Suters outstanding ability to control the game in all three zones.

A quick look at the statistics reveal that Suter scored more points than Spurgeon last season. Sure, you could chalk it up to the fact that Spurgeon played a few games less than his partner or that Suter had more ice time on average, but I argue this example can be used to show that things are not always entirely consistent when it comes to defining defensemen.

It certainly isn’t unheard of for a two-way defender to be more effective than a puck-moving defender when it comes to producing points, but it shouldn’t be as common as it is today. Mainly because it suggests that the two-way defender is not only better defensively than his puck-moving colleague, it also suggests he is better offensively than a player who – based on his defined player type – makes his living producing points and creating offense.

If that is indeed the case, shouldn’t every young defender strive to be a two-way defenseman?

If you find yourself agreeing with that statement we have arrived at what I think is the heart of the problem. In today’s NHL the focus is on youthful exuberance, speed and skill… At least when it comes to forwards. Unpredictable players like McDavid, Matthews, Laine, Marner, Nylander, Ehlers and Gaudreau are by many considered role models for how modern hockey should be played.

Among defensemen you will absolutely see a young, talented player or two following in the footsteps of trailblazers like Erik Karlsson, Shayne Gostisbehere and John Klingberg (prospects like Samuel Girard of Colorado or 2018 projected top pick Rasmus Dahlin come to mind) but these players are too often frowned upon by coaches, not to mention by the fans.

“He needs to learn how to play both ends of the ice”, “his game will round out as he matures” and “he needs to be reigned in” are recurring statements heard around defenders that dare to play their own style and go against convention.

This mindset needs to evolve.

The role of the defenseman isn’t what it was 20, 10 or even five years ago. In the same way that we have seen talented, young forwards with unique skillsets emerge and be celebrated, it is time we start embracing the many different types of defenders coming up instead of trying to force them into one of three cardboard cut-out standard variations, with two-way defender being the preferred option.

Give me a speedy defenseman who specializes in sniping pucks top shelf coming down the wing or give me a rugged shot blocking defenseman who is the teams #1 option to deflect pucks in front of the net on the powerplay. Above all, give me some new player types.

Let’s hear some suggestions for what these new player types could be, people. I am all ears! 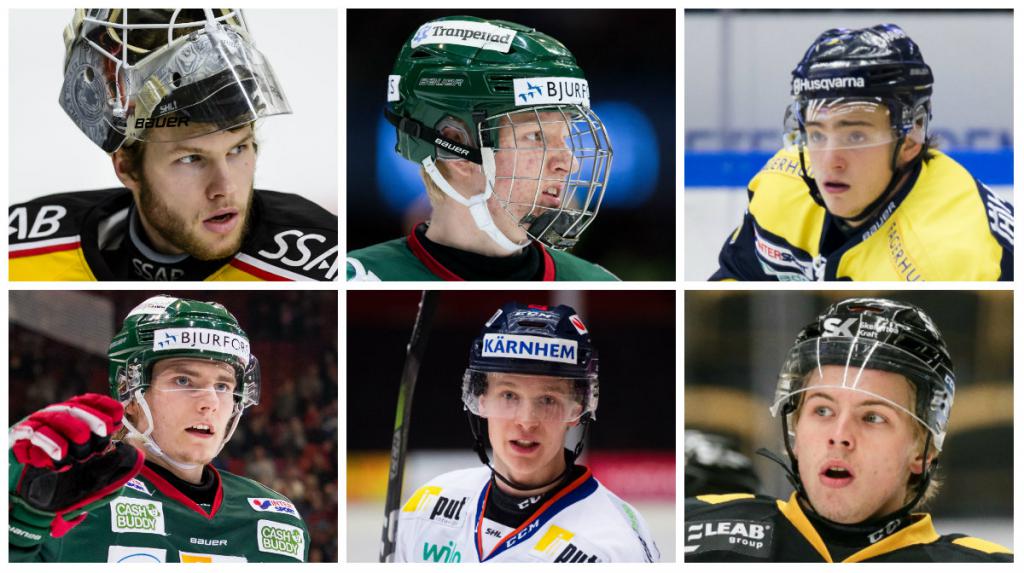 Next article What the Swedish WJC team should look like