The hunt for the next Erik Karlsson

Potential. Like a mining corporation on the lookout for the next great vein of minerals or an oil company scrambling to find another untapped oil well, NHL organizations crave potential. Potential in the form of an electric young player that will put fans in the seats, help the franchise win games and (hopefully) have a marketable personality. If you needed further proof of that, just look to what Alexander Ovechkin and Sidney Crosby has managed to do with their respective teams in the decade since they were drafted. On-ice success notwithstanding, both have managed to cement the impression of Washington and Pittsburgh as successful franchises who are worth spending your hard-earned money on.

The beauty of potential is that it can be anything. While Ovechkin has slowed down a bit and Crosby has been hampered by injuries from time to time, as prospects they both carried the potential to eclipse even the most untouchable records and achievements. That’s what makes potential so attractive to teams and fans alike, you can make up your own ending.

The raw, unfiltered potential that resides within a 13-year old kid dangling around opponents a few years older than him in a cold hockey barn located in the middle of no and where. The same potential you see in a video – captured by cell phone – of an effortless spin move made by a talented defender in a run-of-the-mill QMJHL game in November.

These days, you can’t throw a digital stone on Twitter without hitting a fan (or expert) anointing the most talented prospects the “next” something. And why not? As we established earlier, there is always the potential that someone could develop quicker, score more and ultimately surpass the stars of today. It doesn’t matter how big of a star we are talking about, teams are always looking for his successor.

Such is the case with the most talented offensive defenders to come out of Sweden in the past few drafts. Oliver Kylington, Timothy Liljegren and Rasmus Dahlin have all – at some point – been referred to as the next Erik Karlsson. All three were, and continue to be, hailed for their tremendous skating and offensive instincts with Kylington and Liljegren also appearing similar in stature to Karlsson (Dahlin has a larger frame) when they skated the puck up the ice.

While success in the top Swedish league (SHL) at a young age is no definitive marker of a player’s pedigree, it is worth noting that Karlsson played just seven games in the SHL as an under-18 player, scoring one goal, while Kylington, Liljegren and Dahlin were given the chance to play 40-60 games over the course of two full seasons. Karlsson went on to acclimatize himself incredibly fast in the NHL as a 19-year old and has continued to prove himself every season since, but when comparing under-18 players, the trio of millennials could all be considered more successful. The potential was there, wasn’t it?

Knowing what we know now: Kylington dropping from a predicted first-round pick to being picked last in the second round, Liljegren dropping out of Top-5 contention to 17th overall due to bouts with injuries and a nagging illness – perhaps it wasn’t fair to anoint these players the next anything and just leave them to develop their own style. Perhaps that could have unburdened them of the pressure that comes with the label of being the next all-time great. Neither Kylington nor Liljegren are considered busts by any stretch of the imagination but it is becoming safe to say that neither will surpass Karlsson in their careers.

No one can really predict what will become of Rasmus Dahlin but we are already hearing about him being referred to as the future of Swedish hockey, as having the skating and offense of Karlsson with the defense of Nicklas Lidström.

Everyone craves potential but it is easy to lose yourself in what can be, forgetting what is. Let us hope that Dahlin can handle the pressure that comes with being the “next Karlsson” because in a few years, you can be sure that some new prospect will come along and be hailed as the “next Dahlin”.

I look forward to watching Karlsson, Kylington, Liljegren and Dahlin make their mark on the NHL for the next decade. 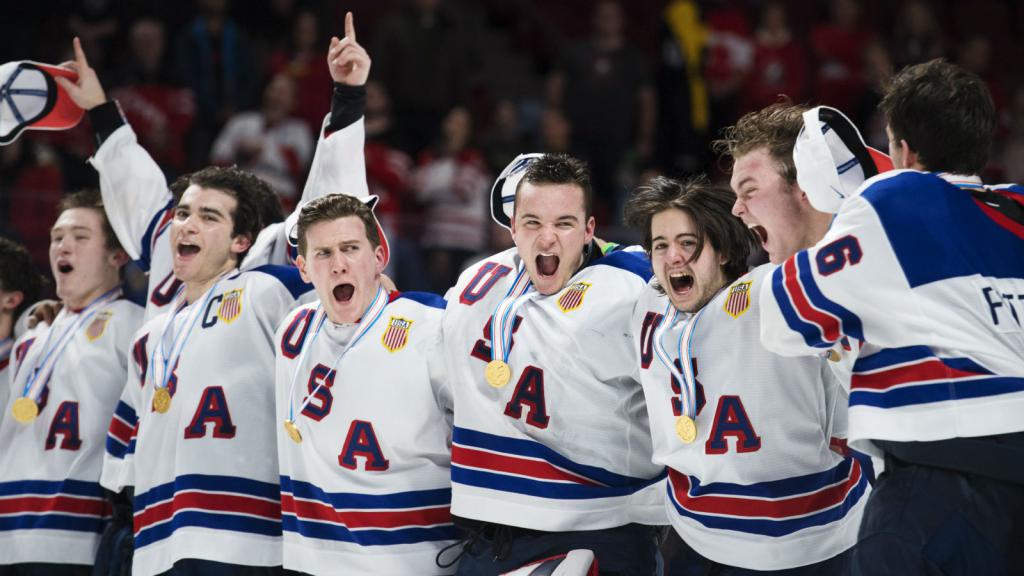 Next article Americans look to finally come through on home ice