Away from the spotlight

In the quaint little ski resort of Méribel, nestled deep in the French Alps, hockey isn’t exactly on the everyday agenda. Replace skates with skis and hockey tickets with ski lift passes and you might be on to something. Yet it is here – far away from the glamour of NHL scouts, outdoor games and international broadcasts – that the second division of the 2018 World Junior Championships in hockey will set up shop to determine which team will be allowed back into the WJC spotlight for the 2019 tournament.

From December 10th to December 17th, the six participating nations (Latvia, Germany, France, Kazakhstan, Austria and Hungary) will lock horns in an intense tournament that is fully built around the group stage due to its lack of playoffs. Only the team that finishes in first place is promoted to the top division which means that in this tournament, every game matters. In this tournament, there are no such things as “starting slow” or “peaking too early”.

If you’re not ready to play at first puck-drop, you might find yourself exploring a new ski resort next season.

Last year, Latvia fell from grace in the top division after having the utter misfortune of having to play the defending junior champions Finland in the relegation round. On the other end of the spectrum, Hungary finished at the very top of the third WJC division in the 2017 tournament and is therefore allowed a chance to compete in the second division this year.

If you find yourself wondering how talented these teams actually are you are probably not alone, so in an effort to temporarily shift some of the spotlight away from the Buffalo tournament and give WJC Division 1A its due, here is a look at a couple of players that could very well be worth the price of admission themselves:

Leon Gawanke, Germany – Gawanke, a sturdy if somewhat unspectacular defender, was drafted by the Winnipeg Jets in the 5th round, 136th overall in the 2017 NHL Entry Draft. The only German player drafted this summer, this 99-born defender has been a key player for the Cape Breton Screaming Eagles of the QMJHL both this season and last. While the Winnipeg Jets will be following Gawankes progress in the tournament with great interest, what should have the Germans breathing sighs of relief is that he is eligible to play in the 2019 WJC tournament as well.

Alexandre Texier, France – A total of three players have been drafted out of France in the past 16 (!) drafts and none as high as Texier when he went to the Columbus Blue Jackets in the second round, 45th overall, in 2017. In fact, since the first French player was drafted in 1971 only one player has ever been drafted higher than Texier: Paulin Bordeleau in 1973. If that doesn’t set the bar high amongst his compatriots, then I don’t know what does. Currently playing in Finnish Liiga for KalPa, this speedy stickhandler has the skill and determination to carry the French team to promotion in front of its home fans. 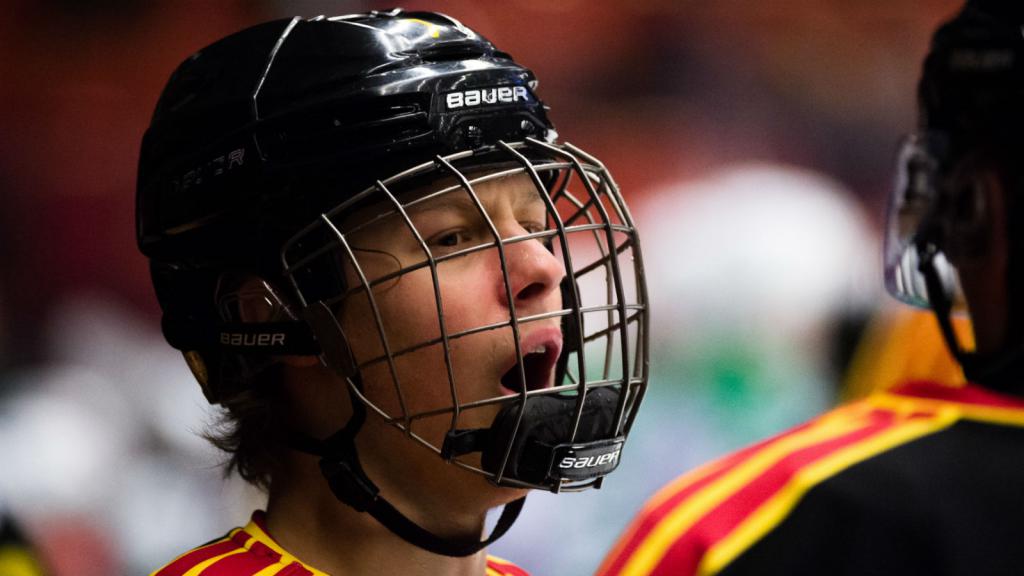