Sabres faithful may get chance to see Mittelstadt shine

Drafted eighth in the first round this past June by the Buffalo Sabres, it’s looking more and more likely that Minnesota native Casey Mittelstadt has a rare opportunity to show off his skills in front of his future NHL fanbase.

Assuming he’ll be named to the USA roster for the 2018 World Junior Hockey Championship later this month, Mittelstadt would have the chance to play in Buffalo’s KeyBank Center a season before his expected transition from the NCAA to professional hockey.

Splitting his time in between his high school team and the USHL’s Green Bay Gamblers in his 2016-17 draft  year, he’s now a key forward for the University of Minnesota Golden Gophers. In his freshman season, he’s registered 5 goals and 10 points through 17 games, good enough for 64th in the country in scoring. On Tuesday, Mittelstadt was named to the USA’s preliminary training camp roster.

If he does make the final cut, Mittelstadt could be joined by another recent Buffalo draft pick in 2016 first-round pick Alex Nylander. Already with 21 points to his name from the past two World Junior tournaments, the Sabres front office has discussed allowing the Rochester Americans forward to return for a third and final time.

“The fact the tournament is right here in Buffalo versus him traveling halfway around the world makes it an easier possibility,” Sabres GM Jason Botterill said about possibly releasing Nylander for the tournament in a recent interview.

But surprisingly, the opportunity for a recently drafted top prospect to show off for his new fans at the World Juniors isn’t quite as frequent as you’d probably think. Since 1977, the tournament’s only been held in a city with an active NHL team nine times. And while it would be nice to think that it’s a smooth process to star at the World Juniors before transitioning to the NHL, history shows that isn’t always the case.

Let’s visit the highs and lows of players playing international junior hockey in front of the city that drafted them:

Erik Karlsson, Sweden
Tournament: 2009, Ottawa
Drafted: 15th Overall, 2008
Before he was the captain and driving force behind the Senators, Karlsson was one of the event’s key attractions. In his only World Juniors performance, Karlsson excelled, scoring nine points in six games and picking up a silver medal. Now a two-time Norris winner, Karlsson’s performance was a bit of foreshadowing, as he was named the tournament’s best defenceman.

Zack Kassian, Canada
Tournament: 2011, Buffalo
Drafted: 13th overall, 2009
Kassian didn’t quite light up the World Juniors, as he registered three points in five games. His career never really took off in Buffalo, having played just 27 games for the team before being traded to Vancouver for Cody Hodgson in February 2012.

William Nylander, Sweden
Tournament: 2015, Toronto/Montreal
Drafted: 8th overall, 2014
Picking up ten points over seven games to finish fourth in tournament scoring, Nylander played both his round robin and medal round action in Toronto. Despite Nylander’s efforts, the Swedes fell in the bronze medal game in an 4-2 upset against Slovakia and goaltender Denis Godla, who was named tournament MVP. Unfortunately for Nylander, he was unable to repeat this performance as his 2016 tournament ended in his first game when he was the target of a blindside hit.

Zach Fucale, Canada
Tournament: 2015, Toronto/ Montreal
Drafted: 36th overall, 2013
A 2013 Memorial Cup winner with the Halifax Mooseheads, Fucale gave up just six goals over five games in the tournament, winning a gold medal in the process while putting up a 5-0 record. Two of Fucale’s wins came at the Bell Centre in Montreal, while the other three came in Toronto. His success has not translated to the professional level, however, as he has yet to play an NHL game, travelling through the Canadiens’ ECHL and AHL affiliates over the past three seasons.

While some players make it through the tournament and then see themselves in the pro ranks later on, there have been some hapless incidents as well that have disrupted this timeline.

Drafted by the 13th overall by the Flames in 2011, Switzerland’s Sven Baertschi suffered a concussion in his second game during the 2012 tournament in Calgary that prevented him from continuing. Russia’s highly-touted Mikhail Sergachev played in the 2017 tournament after being taken ninth overall the previous June by the Canadiens. However, he was subsequently traded to Tampa Bay in this past offseason as part of a package for Jonathan Drouin, having played just four games in the NHL for Montreal. Canucks prospect Luc Bourdon was named a tournament all-star in front of Vancouver crowd in 2006. Tragically, he was killed in a motorcycle accident in May 2008, just 27 games into his NHL career.

With the Sabres out of town from December 23rd to January 9th, Mittelstadt and Nylander could provide a welcome distraction for local hockey fans. Since the last time the World Juniors were held in Buffalo in 2011, the Sabres have been to the playoffs just once, and the Sabres are once again in the NHL’s cellar. But if they’re thinking about the top of the draft again in Buffalo, at least the fans might get the chance to see two of their own up close. 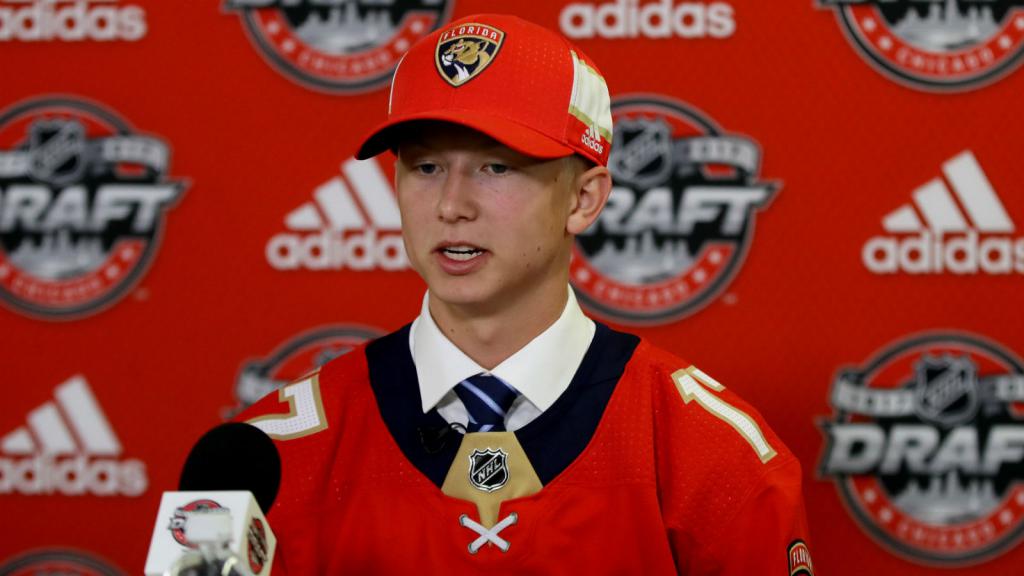