Nicklas Lidström on Rasmus Dahlin: “He looks like Brian Leetch”

There’s been no shortage of homages for Rasmus Dahlin this season. The projected first overall pick in the 2018 NHL entry draft has taken the hockey world with storm this past year and made a name for himself both domestically and internationally with his magician like creativity and fluid skating.

As always when it comes to talented, young players like this, there will be comparisons made to current and former star players. In Sweden, Dahlin is constantly compared to Nicklas Lidström and Erik Karlsson, which is kind of obvious because of their shared nationality.

But when Lidström was asked to describe Dahlin and what makes him stand out, he made a reference to another former star player.
“I really don’t want to compare him to players I’ve seen (in the NHL), but a player I instantly thought of is Brian Leetch and his skating, especially during his years with the (New York) Rangers”, Lidström told Swedish website hockeysverige.se recently. “(Leetch) also had the courage to skate with the puck, use his skating and take advantage of the space when he had the chance.”

That’s a flattering comparison. Brian Leetch is one of only eight defensemen that have scored more than a 1.000 points during their NHL careers, Lidström being one of the others.
“I can’t say whether (Dahlin) will end up like Brian Leetch, but I can see the similarities between how they play”, he adds

The legendary Swede, who won four Stanley Cups with the Detroit Red Wings as well as seven Norris Trophies, also points out that he doesn’t want to place to much pressure on a 17 year-old kid. At the same time, Lidström feels that the level om maturity Dahlin has shown on the ice bodes well for his future.
“That’s the thing I’m most impressed with, the maturity level”, Lidström says. “Of course, he’ll make a junior mistake every once in a while, but the maturity and the courage to create offense is what stands out. As soon as he sees a gap, he’ll be off to the races because he knows it’s the right thing to do.”

What Nicklas Lidström preaches more than anything with Rasmus Dahlin is patience. Although the youngster plays a very advanced game for his age, he’s still a work in progress.
“I think it’s important for him to be surrounded by good coaches and leaders. People that don’t put too much pressure on him”, Lidström says.
“Even though it’s been a fast road to stardom for him, there’s no need to push him. You need to remember that he’s a very young player and a very young kid.”

Rasmus Dahlin will be a key player for Team Sweden at the World Juniors in Buffalo. Nicklas Lidström hopes that he will be well prepared for the challenge.
“There’s going to be a lot of attention for him. I know a lot of people over there, probably anyone familiar with hockey, knows who he is at this point”, Lidström says. “All the teams know him and know what he has done this far, so there’s going to be a lot of scrutiny.” 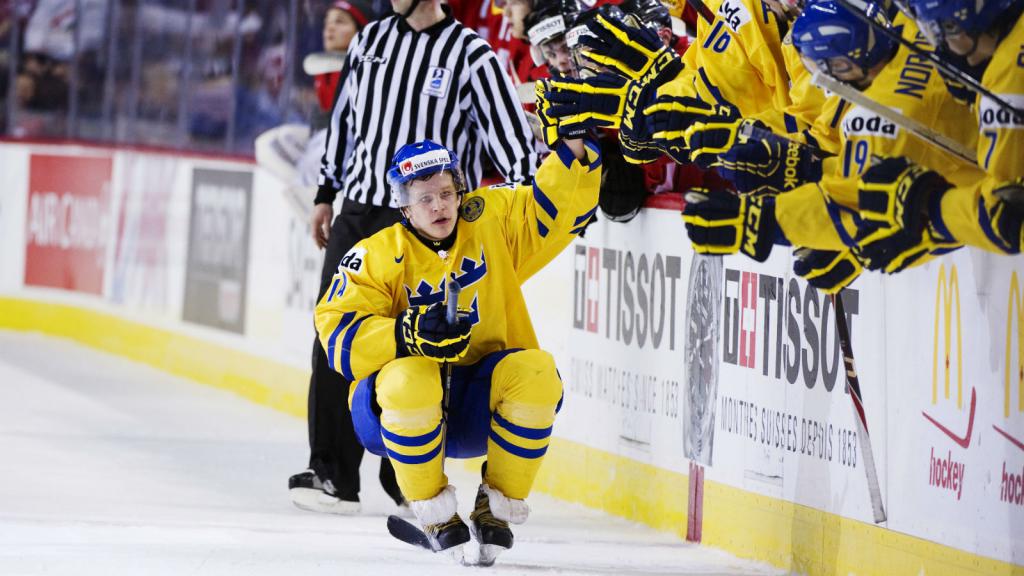 Next article Where are they now? – Three forgotten WJC stars