There aren’t too many 17 year-olds that get their own press conference, but Rasmus Dahlin is not your average 17 year-old. Earlier today, the projected number one pick in next year’s NHL entry draft met with the Swedish media before heading to North America to prepare for the World Juniors in Buffalo.

Dahlin is not a young man of many words, but he’s also not shy. Questions about handling the attention he receives both on and off the ice were answered with shrugs.
“I’m not too concerned about that”, he said. “It’s fun that people appreciate what I do (on the ice), but I’d like to focus on hockey, the World Juniors, eating and sleeping. Those are my priorities. On the ice, I’m prepared for anything. There will be some whacks and slashes, but you just have to keep on going. There’s not a whole lot else you can do.”

Rasmus Dahlin has had a remarkable start to the season, considering his age. He plays more than 19 minutes a game with Frölunda in the Swedish top league. He has scored five goals and collected eleven points in 26 games.
“I feel like I have matured on the ice”, he said. “Last year, I was doing a shift here and a shift there. Now I feel like I can play a whole game on this level and not be a liability defensively. I feel like I’ve made a lot of progress.”

That means a lot of progress since his first WJC appearance in Montréal last year. Back then, he was Sweden’s seventh defensemen and played shifts when coach Tomas Montén wanted “to break the pattern”, as he puts it himself. Dahlin thinks that experience will be of great importance when this year’s tournament starts.
“Last year, it was kind of a shock”, he admits. “Everything surrounding the tournament was so huge, so I think that was a good lesson for me. Now I’m aware of what to expect, now I know how to answer (media’s) questions and understand that there’ll be a lot of buzz.”

Yes, that draft. The sole purpose of Thursday’s press conference in Stockholm was actually for the media to ask questions about next summer’s big event in Dallas. This so there would be less of that once the tournament starts. But we didn’t get too many answers.
“No, I don’t think about what team might draft me or where I might be going”, he said. “The reason I watch the NHL is because it’s entertaining and I love watching that kind of hockey. I also like living in the present and not get too caught up with what I can’t affect.”

No Swede other than Mats Sundin (1989) has been chosen first overall in the draft. Victor Hedman was the last Swedish defenseman to come close when the Tampa Bay Lightning picked him second to John Tavares in 2009. Coach Tomas Montén sees similarities between Hedman and Dahlin.
“Rasmus has the same qualities as him”, Montén said. “Victor is both defensively sound and an offensive contributor. He can handle the opponents’ best players, be tough to play against while being very gifted offensively at the same time. That’s something I see in Rasmus as well, that he can play in any situation against any player. He’s a complete player that way.”

Dahlin doesn’t have a favorite team or favorite player in the NHL, but points out that he’s a big fan of the league as a whole and that he enjoys looking at certain players.
“Every team has a star that’s fun to watch. I like to watch everyone from forwards to defensemen. Erik Karlsson, obviously, but also guys like Kucherov, Matthews, McDavid and those players. I’m a hockey fan so I enjoy watching good players do their stuff.”

It likely won’t be too long until Rasmus Dahlin is a part of that elite company himself. With the skill set he has shown at this early age, it’s probably only a matter of time until kids use him as both entertainment and inspiration. The WJC in Buffalo could be a good start of the stardom to come for Dahlin. 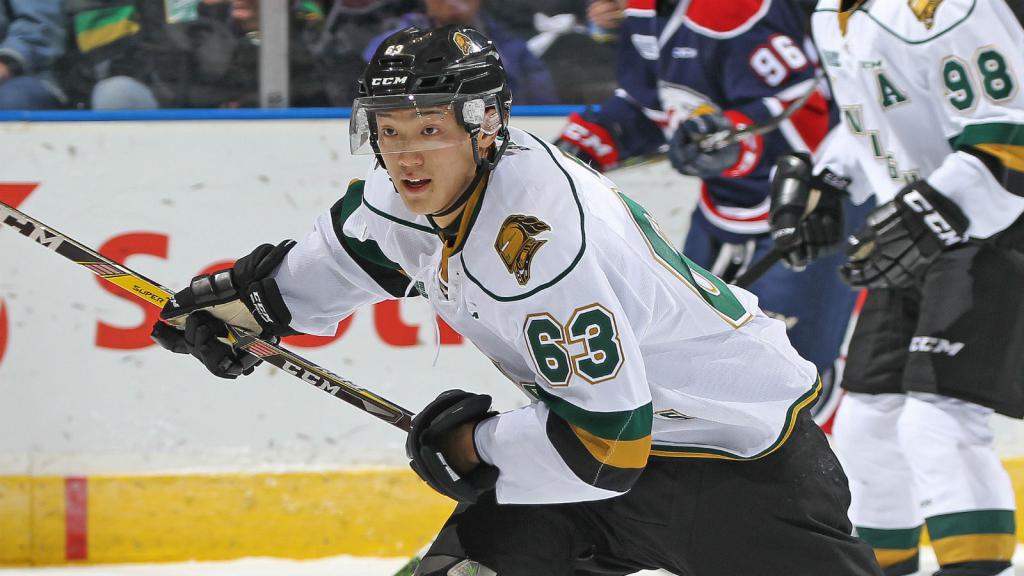 Next article Is Canada leaving too much skill at home?