The Edmonton Oilers made a difficult decision to play the long game with Kailer Yamamoto. As a result, he’ll be given his first opportunity to represent the United States at junior hockey’s biggest stage.

Drafted with the 22nd overall pick at the 2017 NHL draft, the small-but-feisty Yamamoto defied the odds and cracked Edmonton’s roster out of camp. He beat out Jesse Puljujarvi, the fourth overall pick from the 2016 NHL draft, for the spot on an Oilers roster lacking in high-level talent on the wings.

During his nine-game cup of coffee in the NHL, Yamamoto was very effective. He didn’t score a goal, but he had three assists, and generated 23 shots on goal. When looking at the team’s underlying numbers, Yamamoto was one of Edmonton’s best at driving offence, owning a 59.6 shot attempt differential at even strength. He spent some time with superstar and reigning Most Valuable Player, Connor McDavid, and didn’t look out of place at all.

But, after nine games, the Oilers were faced with a decision. Do they keep Yamamoto up with the team and burn a year of his entry-level contract?

They did that with Leon Draisaitl in his rookie season back in 2013-14. The German centre was selected third overall and cracked the roster as the team needed top-six centres. He ended up playing 37 games with the Oilers before getting sent back down to the WHL. You can’t complain about what it did for Draisaitl’s development. He went on to win the Memorial Cup MVP with the Kelowna Rockets that year and has evolved into a very good NHL player. But the Oilers were forced to sign him to a long-term deal one year earlier than they’d have liked because they burned that first entry-level contract year.

The Oilers ultimately opted to send Yamamoto back to the WHL so he could dominate at the level and have a chance to play for the United States at the World Junior Championships in Buffalo. It’ll be silky, skilled winger’s first chance to play the tournament, barring him making the team, of course.

Last year, Yamamoto ended up getting cut from a stacked American roster that won a gold medal in Montreal. In the past, it would have been shocking to see a player pegged to go int he first round of the upcoming NHL draft not crack a United States World Junior squad. But the Americans have been enjoying a golden age of hockey development as of late.

Their 2017 World Junior team featured only one draft eligible player. That was third-string goalie Jake Oettinger, who didn’t get into a game during the tournament. Otherwise, the team was loaded with players from the country’s record-breaking 2016 draft that saw a whopping 54 players selected by NHL teams and veterans from the 2015 draft. Yamamoto, along with other 2017 first-round talents like Casey Mittelstadt and Josh Norris didn’t make the cut.

This year, with key players like Colin White and Luke Kunin graduating and Clayton Keller already starring in the NHL, Yamamoto is poised to play a key role for the United States. In 2016, he racked up 13 points in seven games for the red, white, and blue at the Ivan Hlinka Memorial Tournament in a bronze medal effort, and the previous year, he scored six points in six games for the United States on the national U-17 team.

The next progression for Yamamoto will be helping the United States win its first-ever gold medal on home soil at this year’s World Juniors. 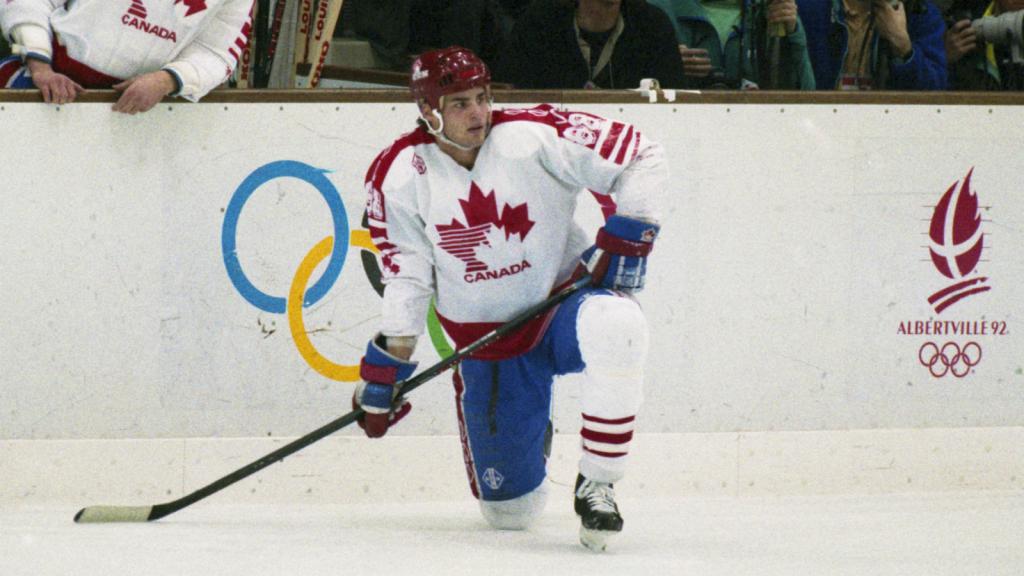