You have probably heard the expression before. The one about defenders taking longer time to develop than forwards. Usually followed by an explanation on how forwards reach their prime around age 23-28 while defenders are at their very best between the ages of 27-32. While the validity of this statement can certainly be questioned and argued, this is neither the place nor time to do so.

Instead, let us take a look at five high-quality defenders set to feature in the World Junior Championships this year, who will all be looking to buck the trend and make an impact in the NHL next season – at barely 20 years of age.

Dante Fabbro, Canada
(Born -98, drafted 16th overall in 2016 by the Nashville Predators)
Fabbro is currently in the midst of his second season with American college team Boston University in the NCAA. After a respectable freshman season where he scored 6 goals and added 12 assists for 18 points in 36 games, he’s off to a terrific start with 12 points in 18 games so far this year. Scouts say they appreciate the maturity in his game and claims his understanding of the game is already at the pro level. Fabbro is expected to have a solid outing at the WJC on a Canadian blueline that will feature him at the very top of its depth chart. His NHL team – the Nashville Predators – have previously demonstrated a willingness to let young defensive talent grow in a sheltered role on their stacked blueline, as they did with Samuel Girard early this season.

Miro Heiskanen, Finland
(Born -99, drafted 3rd overall in 2017 by the Dallas Stars)
A riser in the 2017 draft, Heiskanen has had quite the explosive development curve. Last season saw him be voted Best Defenseman in the U18 WJC – a tournament where Finland earned a silver medal – while also completing a full season in Liiga with HIFK, not to mention making the “regular” WJC team for Finland. Heiskanen’s lateral movement and general shiftiness allows him to quickly escape his own zone with the puck and send his teammates on the attack, a skill that is growing ever more important in todays NHL. This season, Heiskanen has already scored an impressive 9 goals in 20 games for HIFK and something tells me that the Dallas Stars are already salivating at the chance of being able to ice an additional skilled puck-mover whenever John Klingberg needs a rest.

Rasmus Dahlin, Sweden
(Born -00, top prospect eligible for the 2018 NHL Entry Draft)
Was there ever any doubt this years most talked about prospect would make this list? The only thing that could potentially keep the consensus #1 pick off an NHL roster this fall would be a serious injury. Even that seems unlikely as the Swedish phenomenon doesn’t have a history of being injury prone. Electrifying with the puck and incredibly intelligent without it, Dahlin is just oozing with skill. He could very well become one of the most impactful defenders drafted in the last decade.

Kale Clague, Canada
(Born -98, drafted 51st overall in 2016 by the Los Angeles Kings)
Currently in his 4th season with Brandon Wheat Kings of the WHL, Clague has shown tremendous growth in each of his four seasons. 0.60 – 0.83 – 1.67 reads his stat line in terms of ‘points per game’ in the last three of those seasons. Yes, you read that right. Kale Clague is currently scoring points in the WHL at a pace closer to 2 points per game than 1. Had he – for some reason – been left off the Canadian WJC team this year and instead been left with Brandon to continue the season, he could have potentially challenged a few WHL defenseman records from the 1970’s. Quite the feat for a player drafted late in the second round back in 2016. The Kings are undoubtedly excited about the prospect of having Clague tutor under franchise defender Drew Doughty.

Olli Juolevi, Finland
(born -98, drafted 5th overall in 2016 by the Vancouver Canucks)
I am going out on a limb with this one as the popular opinion on Olli Juolevi is that he has regressed a bit since his startlingly good rookie season in the OHL for the London Knights. That season (2014-2015) he put up 42 points in 57 games and followed it up with 14 points in 18 playoff outings. Oh, and did I mention 9 points in 7 games for Finland when they won WJC gold? All that at age 17. What made many doubt Juolevis progress is that he didn’t improve upon that season the following year, once again scoring “just” 42 points for the Knights but failing spectacularly as team captain for Finland as they narrowly avoided WJC relegation in 2016. In search of a fresh start, he left North America ahead of this season to ply his trade in the top Finnish league, Liiga, for TPS. The move seems to have provided the hulking defender with exactly what he was looking for and with 14 points in 20 games, he has already proven he can hang with professionals. Add a successful WJC to the year he is having and you can be sure the Canucks will be taking a long, hard look at Juolevi come September.

As for other top hockey nations like Russia or USA, there really doesn’t appear to be another Mikhail Sergachov (Tampa Bay Lightning) or Charlie McAvoy (Boston Bruins) on the horizon right now. If I had to throw another name into the mix from one of these countries, then look no further than Adam Fox. The US defender hasn’t been mentioned a lot in WJC previews but with the season he is currently having for Harvard in the NCAA, anything is possible. 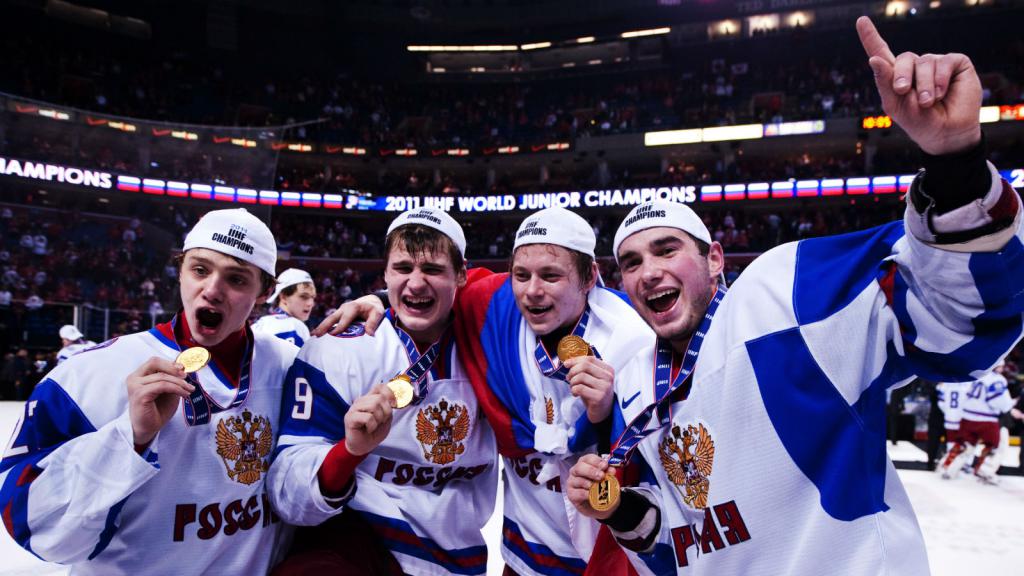