This was certainly the story of the day. The Czech Republic entered the tournament as the dark horse. They have a bevy of skill we haven’t seen from the country in years, with veterans Filip Chytil and Martin Necas and 2018 draft eligible forward Filip Zadina.

They came out of the gate hard, taking a 1-0 lead on a power play goal by Necas. Russia answered back, but within two minutes, the Czechs had pulled ahead again. After Russia tied it halfway through the first period, the Czechs exploded in the second, pulling ahead with a 4-2 lead. They scored another one in the third to make it 5-2, then held off an onslaught by Russia in the final minutes.

It was a win that nobody expected, but when you look at the Czech roster, you can certainly see a roster capable to pulling off an upset. Necas and Chytil combined for four points, while Zadina and another 2018 eligible forward Martin Kaut combined for five points of their own.

Unsurprisingly, Sweden earned their first win of the tournament with a commanding 6-1 win over Belarus, who’s back in the tournament after being relegated in 2016.

Sweden only allowed Belarus to get nine shots on net, which was more than enough for the offence to take control of the game. The two teams exchanged goals in the first period, then Sweden completely dominated in the final 40 minutes.

Five different Swedes put the puck in the back of the net. Elias Pettersson got things going with a snipe on the power play in the first period, and Lias Andersson finished things off with two goals in the third. Rasmus Dahlin, the most exciting draw of the tournament, was impressive from the blueline, defending his side of the ice well and threading the needle with pin-point passes.

It’ll be exciting to watch this group play against stronger competition.

#Canucks prospect Elias Pettersson opens the scoring for the Swedes – has time to load up, snaps it off the goalie shoulder and in.

Canada and Finland played a high-energy, tightly-contested game in the tournament’s opener, with the Canadians earning a 4-2 win.

Boris Katchouk got things going in the first on a controversial goal that probably shouldn’t haven’t counted. The Canadians pulled ahead 2-0 soon after when Sam Steel buried a power play goal. From there, it was Finland trying to play catch-up but the Canadians shutting them down. Aleski Hemponiemi made it 2-1, but Drake Batherson gave Canada their two-goal lead back immediately. It was the same deal in the second, as Finland made it 3-2, but Canada pulled back ahead by two soon after.

In the third period, with Finland pressing, defender Cal Foote dove into the net and blocked a shot that was just about the trickle over the line with his hand. Even though Foote isn’t a goalie, it was the save of the day. Carter Hart was also strong, stopping 27 of 29 shots in the win.

The United States opened their tournament in front of, uh, their fans? The stadium in Buffalo wasn’t as full as you’d hope to see, but the American squad treated those who showed up to a gem, pounding Denmark 9-0. They only allowed 11 shots on goal, seven players scored a goal, and 15 players recorded a point. I know, it’s Denmark, but the United States proved how deep and potent an offensive attack they boast at this year’s tournament.

This is … a disappointing crowd as U.S. opens World Juniors against Denmark pic.twitter.com/fIGPWwnUuL

It’ll be a quit day on Day 2 with only two games on schedule. Belarus will play Switzerland as the Swiss make their tournament debut, while Canada will look to remain undefeated when they play Slovakia in the evening.

The Czech Republic pulled off the shock of the day, defeating Russia 5-4 to grab their first win of the tournament. The team hasn’t medalled since 2005 but are viewed as a dark horse candidate in Buffalo. A key reason for the Czech’s huge win over Russia was the strong two-way play of Martin Necas. The No. 12 overall pick of the Hurricanes in 2017 scored the first goal of the tournament to give the Czechs a 1-0 lead, then he proceeded to dominate possession the rest of the game. He looked like an NHL player playing among juniors.

Martin Necas with the first goal of the 2018 World Juniors #WJC2018 pic.twitter.com/xKcqa6r1Kd

The United States kicked their tournament off with a bang in front of their home crowd with a dominant 9-0 thrashing of Denmark. The USA also only surrendered 11 shots on goal. Seven different American skaters registered a goal and seven players scored two points as the Americans lived up to their reputation of having a strong, deep offence. While while the team was completely dominant, Casey Mittelstadt stood out as the strongest catalyst on the American squad. He buried two goals, putting on a show for fans in Buffalo, showing why the Sabres chose him No. 8 overall at the draft in 2016.

Multiple players had strong games for Canada in their 4-2 win over Finland at both ends of the ice. The team looked fast, poised, and responsible, and they played excellent team hockey. But Carter Hart had the best showing of any goalie in the tournament’s opening day. Hart, the second-round pick of the Flyers from 2016 and second-year Canada WJC veteran, stopped 27 on 29 Finland shots to help Canada to victory. He also refused to leave the ice before Finland’s goalie, which could be a key reason for the strong showing.

Everyone knows goalies are weirdos.. Carter Hart proved it today. Has to be the last one off the ice, waited for the Finnish backup tendy for over a minute before heading to the room. #WorldJuniors pic.twitter.com/YYNKxoAiHE

While Rasmus Dahlin of Sweden is the star of this year’s tournament when it comes to 2018 NHL draft eligible players, Martin Kaut of the Czech Republic flew out of the gate. A lesser-known prospect, Kaut recorded three points in the Czech Republic’s 5-4 win over Russia. Fellow draft eligible forward Filip Zadina also had a big game for the Czechs, burying a goal and an assist. Dahlin certainly wasn’t a sloth himself, recording two assists in Sweden’s win over Belarus with some slick work on the power play. 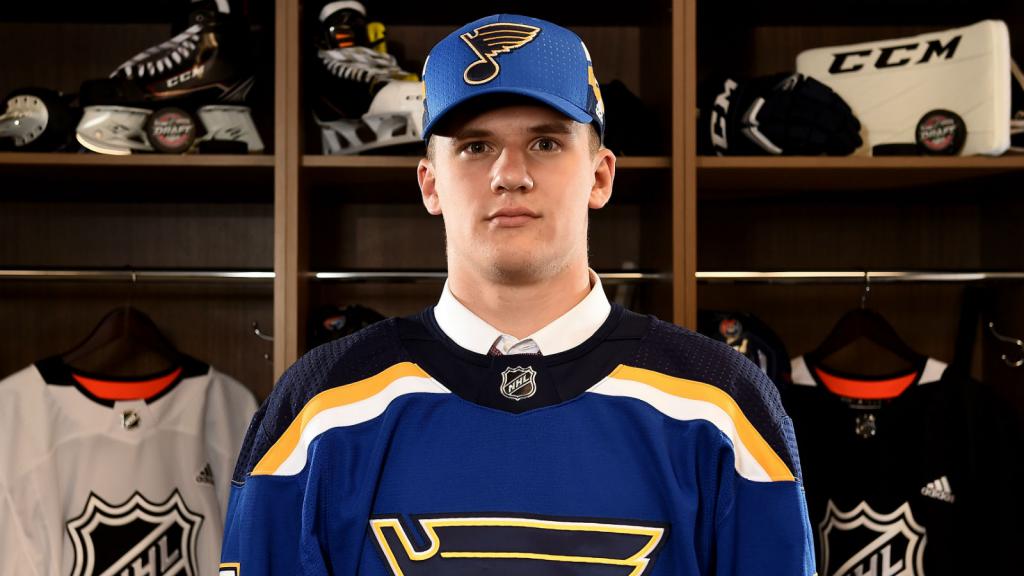