This game’s score was a lot more flattering than it could have been. The Finns dominated Denmark all game, peppering 62 shots on goal while conceding only seven. After Finland went ahead 2-0 in the first few minutes of the game, Denmark managed to play a successful trap and pulled the game to within one a couple minutes into the second. But before the end of the period, Finland stepped on the gas and scored a couple goals to make it 4-1. They shut the door in the third, not allowing Denmark to get a single shot on goal. Finland had balanced scoring as four different players scored and goal and seven players recorded a point. If not for strong play from Kasper Krog in Denmark’s net and fearless shot blocking and defensive play from Denmark, this score could have been a lot more lopsided.

After a Day 1 loss to the Czech Republic, Russia was in the hot seat against Switzerland in need of a win. Despite Russia clearly carrying the play, both teams exchanged goals, with Russia opening the scoring, Switzerland, tying it up, Russia pulling ahead in the second, and Switzerland tying it again quickly in the third. But with under 10 minutes to go, Russia finally broke through. Artur Kayumov scored with nine minutes to go, then Georgi Ivanov and Vitali Abramov added goals of their own in the final couple minutes to seal the deal.

This was a game featuring two of 2018’s top draft-eligible prospects, with Rasmus Dahlin of Sweden going against Filip Zadina of the Czech Republic. The Czechs were coming off a shocking win over Russia on Day 1 and faced an even more difficult task in the talented Swedish team. In the first period, Marcus Davidsson opened the scoring, then, with under a minute to go, Elias Pettersson continued his strong tournament with a power play snipe to make it 2-0. Zadina added a power play goal of his own in the second to pull the Czechs back into the game. They threatened again with the man advantage in the third but couldn’t capitalize, then Alexander Nylander iced the game with another power play goal. This was a tightly-contested, physical game that ultimately came down to special teams play with Sweden getting the edge.

In the final game of the night, we witnessed the tournament’s biggest upset. The United States and Slovakia played in what seemed to just be a light, warmup game for the Americans prior to the outdoor game against Canada the following afternoon. But the Americans came out flat and Slovakia took the lead in the second period. The Americans tied it before the end of the second, but Slovakia answered back. After Casey Mittelstadt scored a beautiful goal to tie the game again, Samuel Bucek gave Slovakia a 3-2 lead that they wouldn’t let go. The upset creates a massive logjam in the middle of Group A, as Finland, Slovakia, and the United States are all 1-1 after two games.

After David Hrenak allowed six goals against Canada in Slovakia’s tournament-opener, Roman Durny took the net in a must-win game against the United States. Despite Slovakia being massive underdogs against the high-flying American offence, Durny stood tall and stopped 26 of 28 shots en route to the upset victory.

After suffering a shocking loss to the Czech Republic, the Russians squared off against Switzerland in a must-win game. The Swiss tied the game 1-1 seconds into the second period, but Klim Kostin put Russia back ahead, then he set up another go ahead goal in the third period. He led Russia with five shots on goal and was a catalyst at both ends of the ice.

Sweden remained perfect in the tournament after a 3-1 win over the gritty Czech Republic team. The Swedes had a lot of strong performances, but Elias Pettersson’s beautiful power play snipe in the first period ended up being the game winner. He also had a team-leading nine shots on goal and was a major driver in play for Sweden.

The score in the Denmark vs Finland game could have been much, much worse had it not have been for Kasper Krog, who stopped 58 of 62 shots. 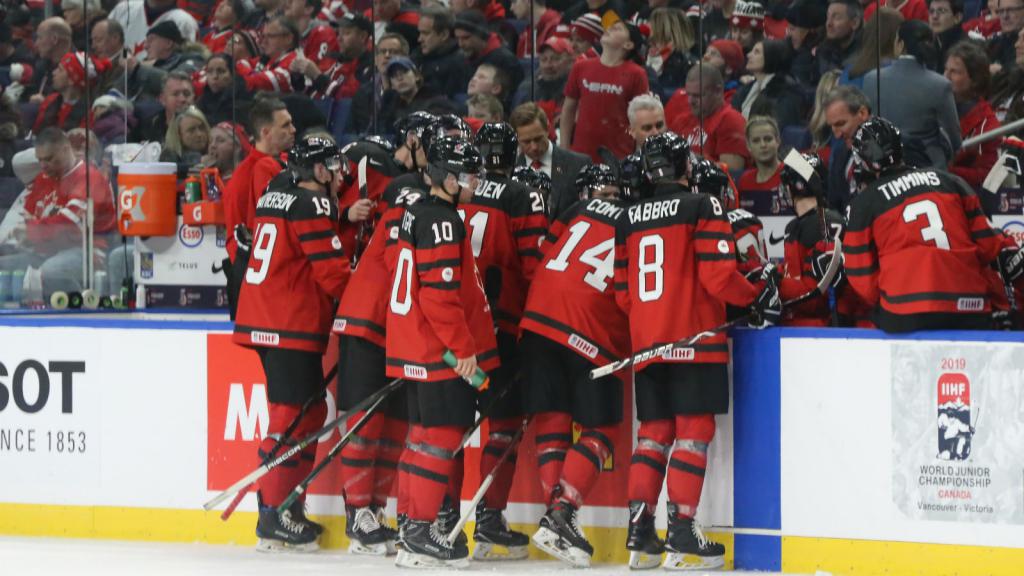