When Nico Hischiers name was called first in the 2017 NHL Entry Draft, he became the first Swiss player to ever be drafted first overall. In fact, in the last ten drafts – dating back to 2008 – Swiss hockey has had a player selected in the first round on seven occasions. Solid numbers for any developing hockey nation and with Hischier now assuming the mantle of “next Swiss superstar” from players like Nino Niederreiter and Roman Josi, a second wave of talented players is waiting in the wings.

Cue Philipp Kurashev, currently a key offensive piece for Switzerland in the 2018 World Junior Championships. Kurashev is the son of Russian former professional hockey player Konstantin Kurashev, a man who spent the twilight of his playing career in Austria only to end up coaching in the top Swiss league – the NLA – in the late 90’s. While Philipp was born in Switzerland, he holds dual citizenships and speaks fluent Russian. In terms of deciding which national team to represent however, there was never any question where Kurashev would suit up.
“Russia and Switzerland are both home but I’ve always played for Switzerland and I’ll stick with them”, he told IIHF ahead of the 2017 U-18 championships.

Kurashev spent the majority of his younger playing days in Switzerland, representing Bern, but made the transfer to Quebec Remparts of the QMJHL ahead of the 2016-2017 season, a career move that has seen favorable returns. With 54 points (21+33) in 65 games during his rookie season, Kurashev quickly earned the trust of coaches and teammates alike. So far into the 2017-2018 campaign he has continued to build on that trust by producing at a point-per-game clip for the Remparts.

Consensus among scouts is that the speedy left-handed center fits quite well into the typical mold of a playmaker and is at his best when dishing out clever passes for teammates, providing them with both time and space. While he is relied upon as a key component for Switzerland in the WJC, Kurashev is not the only potential early-round pick on the Swiss roster for the next few NHL drafts.

Large winger Nando Eggenberger, also born in 1999, is a powerful skater who isn’t afraid to shoot the puck or crash the net. He is projected to be picked somewhere in the first two rounds of the 2018 NHL Entry Draft, just like Kurashev. Then there are dark horses like 99-born Nicolas Müller – a sparkplug of a forward currently playing for MoDos U-20 team in Sweden, and Nico Gross – a two-way defender born in 2000 who is already a mainstay on the Swiss WJC roster playing in his second straight tournament.

Together they form something of a “second wave” of Swiss talent behind Nico Hischier, signaling that Switzerland is on the verge of finally establishing themselves as a hockey nation to be reckoned with – in the process proving that the 2013 silver in the World Championships wasn’t a one-hit wonder for Swiss hockey.

Hischier, Kurashev and the rest of these talented youngsters probably followed the success of the national team in the 2013 tournament with a sense of wonder and amazement. In the near future, they’ll have plenty opportunities of their own to inspire a new generation of hockey players from Switzerland. 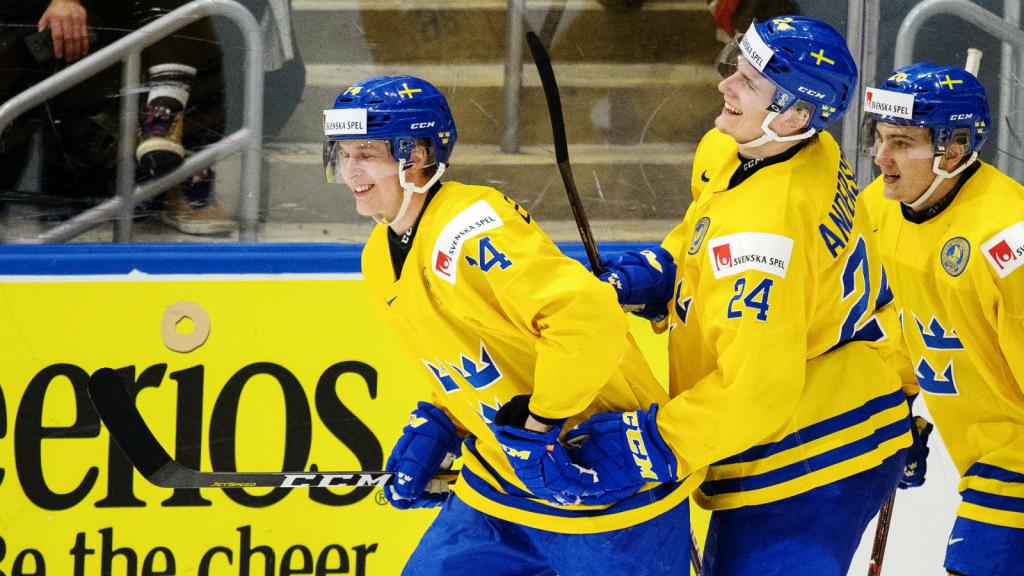 Next article Recap of Day 5: Canada tops out in Group A – Sweden takes third straight win