skip-main
Casey Mittelstadt has been shining on the big stage for the past week. Photo: Kevin Hoffman/Getty Images
World Juniors 2018

It’s a difficult time to be a Buffalo Sabres fan. The team currently sits dead last in the NHL’s Eastern Conference and are on their way to missing the playoffs for the seventh-consecutive season.

But Casey Mittelstadt, the No. 8 overall selection of the Sabres from the 2017 NHL draft, has done his part to ease the pain in Buffalo. Through the group stage, the American centre has dazzled with ridiculously impressive offensive skill and instincts and sits at the top of the scoring lead with nine points in four games.

Mittelstadt has led an American team loaded with offensive talent and seems poised to be the tournament’s Most Valuable Player. He’s playing in a role much similar to Clayton Keller last year as the team’s top centre who dominates possession and creates scoring chances nearly every time he’s on the ice. Keller recorded 11 points in seven games in the United States’ gold medal winning performance and has gone on to have an excellent rookie season in the NHL. Mittelstadt might not be far behind him.

Somehow this Mittelstadt goal gets better the more you watch it…

While Mittelstadt has clearly been the start of the tournament thus far, Rasmus Dahlin has cemented himself at the top prospect heading into the 2018 NHL draft in Dallas.

I don’t think there was much skepticism around Dahlin considering his strong play in the SHL and the raving reports about his skills and hockey sense, but the Swedish defender has played extremely good hockey on the biggest stage.

He played on Sweden at the WJC last year, registering two points in seven games. But this year, Dahlin’s role on the team has increased as he’s taken over as the team’s No. 1 defender, acting as a quarterback on offence and playing against top competition on defence. Through four games in the group stage, Dahlin has registered six points, putting him in a tie for second among scorers in the tournament behind only Mittelstadt.

In Sweden’s tough New Year’s Eve win over Russia, Dahlin led the team with a whopping 28 minutes of ice time, which is incredibly impressive given the fact he’s playing against players two years older than him.

Dahlin is clearly stealing the show in regards to draft-eligible skaters, but there have been some other prospects who have made a name for themselves at this tournament. Brady Tkachuk has six points in six games for the United States, second behind only Mittelstadt, and is raising his draft stock. Filip Zadina has been strong for the Czech Republic, but lesser-known 2018 prospect Martin Kaut is tied for the team lead with six points. Finally, Andrei Svechnikov doesn’t appear rusty after missing most of his season in the OHL, as he sits second on Russia with a five points. 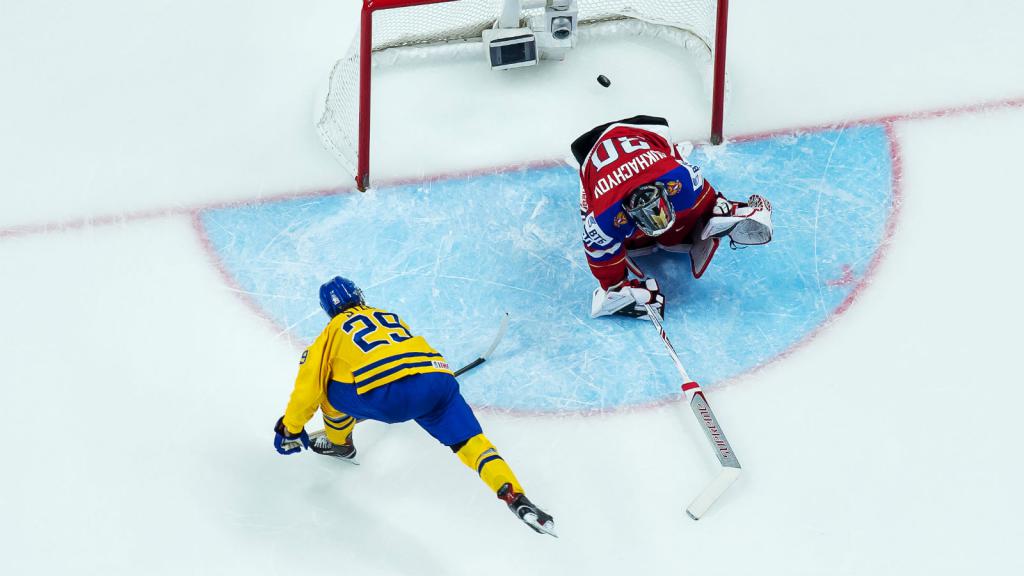 Next article Recap of Day 6: Sweden tops Group B, USA pulls out late win against Finland