Despite being outshot 60-30 in this one, Switzerland kept the game competitive well into the third period. After falling behind 3-1 early in the second period, Dario Rohrbach and Elia Riva tied the game back up for the Swiss with goals just 1:35 apart.  Ultimately, it was Martin Kaut’s power play marker just under five minutes later that put the Czechs up for good, as they added a pair of third period goals to put the game out of reach.

The United States scored the first three goals of the game, looking like they’d pick up an easy victory on home soil. But Aapeli Räsänen and Eeli Tolvanen found the back of the net for Finland, putting the game back within one with just over a minute remaining in the second period. Joey Anderson responded just 37 seconds later with a power play marker for the Americans, pushing the score to 4-2 entering the third. In the span of under a minute midway through the third, Finland then picked up a shorthanded marker courtesy of Joona Koppanen and an even strength goal by Kristian Vesalainen, suddenly tying the game at 4. It was all for nought though, as Adam Fox scored a five-hole goal for USA with 1:37 remaining to clinch the win. Joseph Woll didn’t have the strongest effort, making just 14 saves on 18 shots for the Americans, but it was enough to preserve the victory.

In the final round robin game, Sweden once again went undefeated through the preliminary round, their 44th consecutive victory in a streak that dates back to December 31, 2006. Russia actually had their goalie pulled late in the third period game in order to try to win in regulation by two goals and potentially take Group B’s top seed. Linus Lindstrom and Oskar Steen scored in the shootout, while goaltender Filip Gustavsson stopped Russia’s final three shooters after allowing a Vitali Abramov goal to seal the win.

The Buffalo Sabres 2017 first-round pick continued his strong tournament, scoring once and picking up two assists, including setting up the winning goal in USA’s victory over Finland. Leading the tournament in scoring with nine points in four games, Mittelstadt has registered at least a point in each one of USA’s games so far.

The undrafted Czech forward scored twice on just two shots on goal in the team’s victory over Switzerland. The 19-year old son of former NHLer Robert Reichel, he currently plays his club hockey in Red Deer for the WHL’s Rebels, his first junior season in North America.

The Toronto Maple Leafs’ 2017 first-round pick picked up a goal and an assist in the first period on Sunday, his first two points of the tournament. Liljegren scored his goal at 4-on-4, picking up a rebound in front of the net to tie the game at 2. 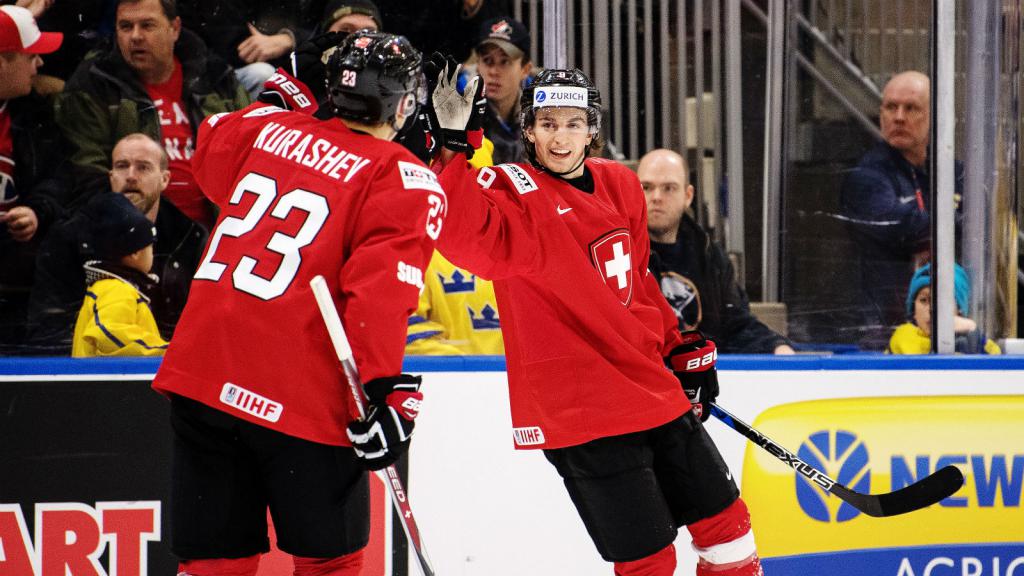