While the host Americans would have liked to win the gold medal for their home fans, Sweden commandingly earned a berth in the championship game with their performance on Thursday. Sweden’s Elias Pettersson opened the scoring with a slick wrist shot to the top of the net, and set the tone for what was arguably the country’s most impressive win of the tournament.

A key moment came in the second period where USA’s Casey Mittelstadt came in controlling the puck on a 3-on-0 breakaway on the power play, but managed to not only not score, but teammate Kieffer Bellows managed to take a goaltender interference penalty. In the third period, Sweden stuck for three goals within the span of two minutes and eight seconds. Adding extra insult to injury, the last of those two goals came on the same penalty kill opportunity, virtually ending the chances of USA winning the game. While Kieffer Bellows and Brady Tkachuk would add late goals for the Americans, it would not be enough as Sweden cruised into the gold medal game.t

Czech Republic’s Filip Zadina managed the first goal of the game, leading to some uneasiness from the Canadian contingent. But the Czechs were quickly overmatched by the Canadian power play, who struck for two goals on two chances by Sam Steel and Drake Batherson to close out the opening frame. Entering the second period up 2-1, Canada took control and struck for four goals within the period, including Drake Batherson completing his hat trick with Canada’s third and sixth goals of the game. Carter Hart made 18 saves in the victory.

In the second relegation game, Denmark came away victorious in a shootout over Belarus to secure their place in the tournament for 2019.

Making 29 saves in the victory over the USA, Gustavsson was perfect through the game’s first 52 minutes. Stopping a number of high-quality chances, the 2016 Pittsburgh Penguins draft pick picked up his fifth victory of the tournament. 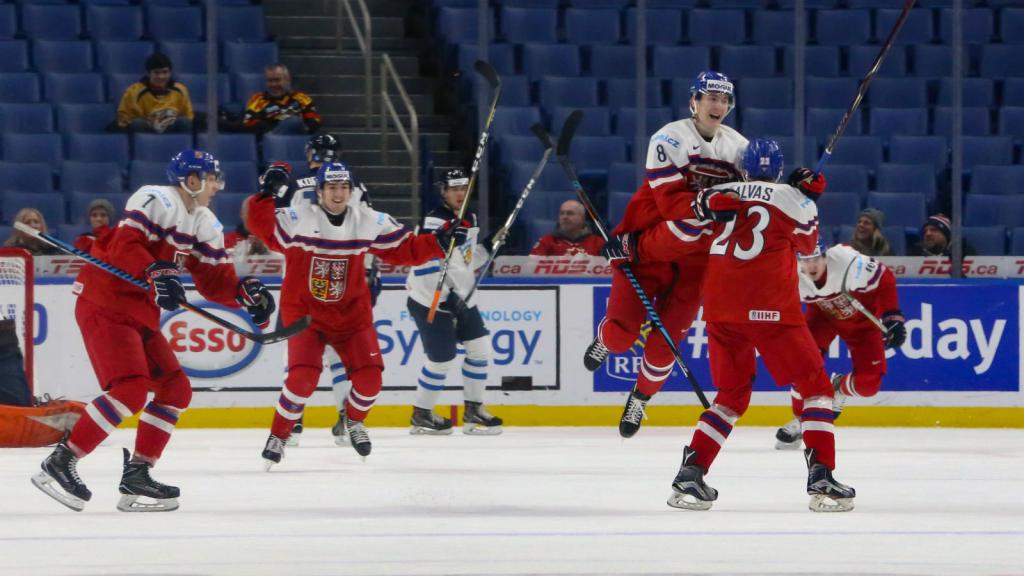