Though Czech Republic was looking to win their first medal since the 2005 tournament, the host Americans were ultimately too much to ask for. Scoring six goals in the second period to take a 7-0 lead, the Americans were led by forward Trent Frederic who managed a four goal night. Kieffer Bellows also hit the net for a hat trick, including a penalty shot goal. Bellows’ three markers brought his total to nine for the tournament. Martin Kaut, Radovan Pavlik and Daniel Kurovsky all scored in the third period for the Czechs, but it was to little avail as the game was already well out of hand.

In the gold medal game, two powerhouse teams met in front of a largely Canadian crowd.  While the first period ended up scoreless after a disallowed Canadian goal, captain Dillon Dube opened the scoring for Canada on a slick glove-side shot 1:49 into the second period. Sweden’s Tim Soderlund took advantage of a shorthanded opportunity to score on the rush, but it would end up as Sweden’s only goal of the night. With 1:40 left in the third period, Canada’s Conor Timmins slid the puck towards the net from and Tyler Steenbergen found a hole to score the tournament’s winning goal. Alex Formenton added a late empty netter to secure the victory for the Canadians.

Four goals in any World Juniors game is a rare feat, no less in a medal round matchup. Frederic managed his four goals on just six shots, after coming into the game with just a single goal to his name.

Bruins prospect Trent Frederic with his fourth goal of the day pic.twitter.com/I83gPrBI16

The Canadian goaltender picked up his fifth victory of the tournament, making 35 stops in the game. With a .930 save percentage in his six games, Hart found redemption after losing last year’s gold medal game in a shootout.

With his first goal of the tournament, Steenbergen forever etched his name into the Canadian history books with the tournament’s winning goal. Despite having just 7:16 of icetime in the game, Steenbergen was a beneficiary of being in the right place at the right time to play hero.

The tournament all-star team was as follows: 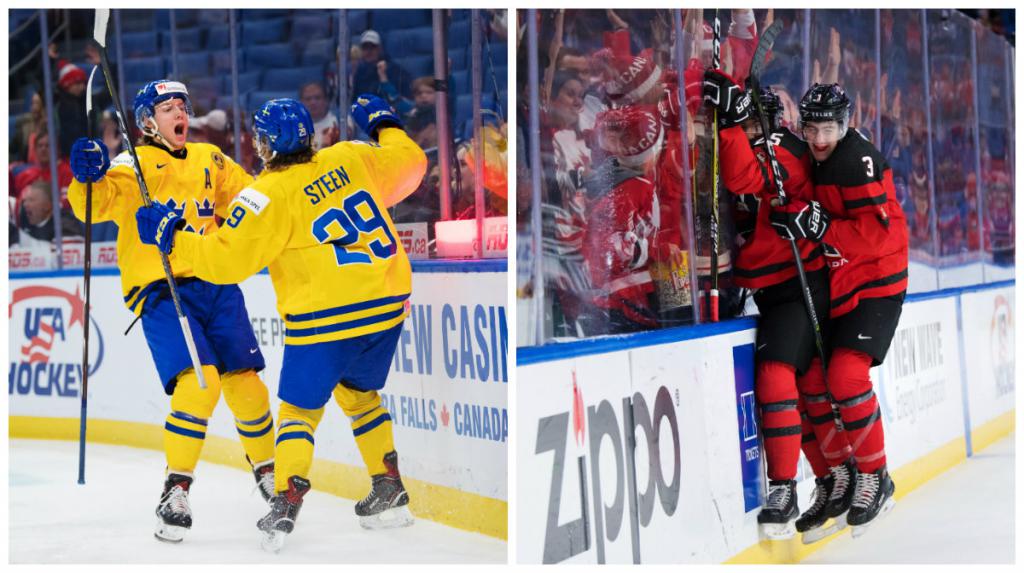