skip-main
Where does Rasmus Dahlin fit in? Let’s have a look… Photo: Bildbyrån/Ola Westerberg
Uncategorized

Now that we’ve gotten the obvious out of the way, let’s shift our focus to where the supremely talented Swedish defender could – and perhaps should – end up. Current NHL standings suggest three teams in the Western Conference (Arizona, Vancouver, Edmonton) and five teams in the Eastern Conference (Detroit, Montreal, Florida, Ottawa, Buffalo) all have reasonable chances of winning the draft lottery and ending up with the #1 pick.

While a lot can be said about the current state of each franchise, you can be sure each and every one of them would jump at the opportunity to incorporate Rasmus Dahlin in their defensive corps. As for Dahlin himself, chances are he has his own list of destinations he’d prefer – one that is highly unlikely to ever see the light of day in public – and destinations he’d perhaps like to avoid. Since we won’t find out much of what either the GMs or Dahlin are thinking, let us instead take a look at what destinations would be a good fit on paper for the infinitely creative defenseman – both now and in the future.

First, let’s address the monkey in the room: The Edmonton Oilers franchise does not deserve another #1 overall pick. Looking at their record in the first round for the past eight drafts, it is almost astonishing how little overall worth they have gotten out of having so many top-tier picks: 1st (2010), 1st (2011), 1st (2012), 7th (2013), 3rd (2014), 1st (2015), 4th (2016) and 22nd (2017). Not only would the franchise itself (not the fans – the Oilers’ fans deserve to see some success) be unworthy of another #1 pick, Dahlin would quickly find himself in a pressure-cooker environment where reporters, fans and really most of the NHL would expect the team to finally take the next step. That exact environment has not been kind to previous #1 picks like Nail Yakupov and Taylor Hall so for Dahlin there are certainly better fits out there.

Florida Panthers already have their top defenseman in Aaron Ekblad. The hype around the bearded youngster has gone quiet for now, but the talent is there and Florida is in bigger need of help at the forward position. Dahlin would help, just as he would any franchise, but with Ekblad holding the fort he’d be in a 1A/1B situation.

Arizona Coyotes is in dire need of help and Dahlin could undoubtedly learn a lot from defensive team leader Oliver Ekman Larsson, but the team doesn’t look to be improving any time soon and with constant rumors of relocation the Coyotes would be a tough environment for any 18-year old kid – especially one that would immediately be dubbed the savior of the franchise.

Detroit Red Wings would indeed be a good fit in terms of depth. Dahlin would jump up the depth chart in an instant and if someone like Mike Green got traded ahead of the draft, the door would be open for the talented swede to run the power play. Sadly, Detroit is currently one of the oldest teams in the league and looks ill-prepared for any type of generational shift from older veterans to young players. Could they use Dahlin to spice things up? Sure. Chances are they would have a long turnaround before becoming competitive again though. Not the best fit.

Montreal Canadiens is another aging team that has relied on spectacular goaltender for far too long. Not to mention they look quite thin in terms of high-skill prospects coming up, especially since they traded away the most NHL-ready prospect they’ve had in years – Mikhail Sergachev. Not a good fit for Dahlin.

The Erik Karlsson Senators is… oh, excuse me, the Ottawa Senators would theoretically be a good destination for Dahlin. To be able to see and learn from someone you grew up idolizing, at least a little bit, would certainly be a cool experience for Dahlin, but as has been well-documented around the league, the Senators are in rough shape lately. With the losses piling up and talk of trading Karlsson not going away, the environment around the Canadian capital team is more unsteady than it has been in years. Although he might disagree if you asked him, Ottawa is probably not the best destination for Dahlin’s future.

Buffalo Sabres is another team that is in desperate need of someone to pull them out of the gutter. Jack Eichel has performed as advertised since coming to the team in the 2015 draft, but the rest of the team hasn’t followed suit. With the lack of a true number one defenseman – Rasmus Ristolainen hasn’t lived up to the billing – things would settle in quite nicely for Dahlin in terms of ice time. Buffalo is up there in terms of good fits, especially with high-skill players like Alexander Nylander and Casey Mittelstadt on the way up, but I believe there is one team that would be even better.

That team is the Vancouver Canucks.

With Calder Trophy candidate Brock Boeser racking up points at a pace that Vancouver fans haven’t seen since the rookie days of Henrik Sedin and Daniel Sedin, their forward star of the future is already in place. Add Elias Pettersson to that mix and you’ve got two high-skill young forwards poised to be solid point-producers in the NHL in the near future. Furthermore, you’ve got the Sedin twins looking to extend their tenure in Vancouver for “one more year”, perhaps even their final one. The work ethic and class of Henrik and Daniel would be a perfect inspiration for young Dahlin in his first season. Even better, a spot at the very top of the Canucks’ defensive corps would likely be up for grabs right away. With veteran Alexander Edler and journeyman Michael Del Zotto currently leading the way, a supremely skilled 18-year old offensive defender should be music to the ears of both coaches and fans. Finally, you’ve got young Finnish defender Olli Juolevi coming in – a perfectly steady partner for Dahlin’s dynamic style of play.

At the end of the day the NHL draft lottery is a fickle matter and it is hard to predict where the high picks will end up, but if you are a fan of any of these eight teams the addition of Dahlin would be like finally receiving that Christmas present you’ve always wanted… or in the case of Edmonton, receiving the perfect Christmas present for the tenth year in a row. 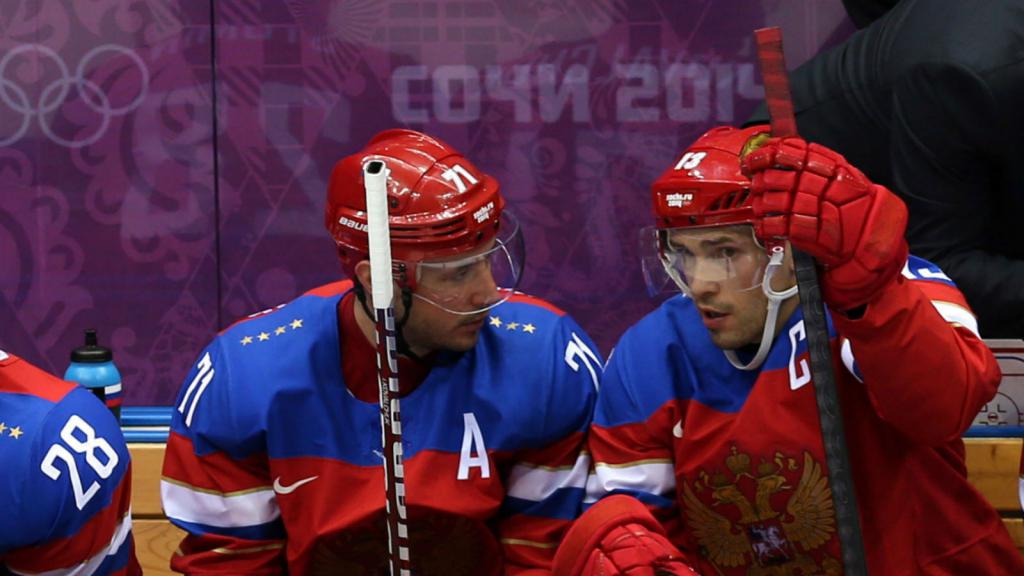 Next article Who is going to stop Russia’s All-Star studs at the Olympics?