Canada’s golden hero is having a season for the ages

One could argue the success of Jordan Kyrou began when he was drafted 35th overall by the St. Louis Blues in the 2016 NHL draft. Perhaps when he made the 2015-16 Ivan Hlinka Memorial roster for Canada where the team ended up winning the gold medal? That certainly qualifies. Or even before that when he was drafted as the 38th player overall by the Sarnia Sting in the 2014 OHL draft.

Regardless of when the shifty two-way center began experiencing success, Kyrou’s previous achievements pale in comparison to the season he is currently having.

After starting out red-hot for the Sarnia Sting with 19 goals and 39 assists in 30 games – good for first overall in OHL scoring – Kyrou was deservedly named to the Canadian roster for the 2018 World Junior Championships in Buffalo. Once there, the fast-skating playmaking center continued to rack up points by collecting three goals and seven assists in seven games to lead his team in scoring. To cap off what was essentially a perfectly executed tournament, Canada captured the gold after defeating Sweden by a score of 3-1 in the gold medal game.

For Kyrou, the win earned him hundreds of text messages of support and a few days of well-earned rest.
“It’s a dream come true, obviously. It’s a tournament you grow up watching your whole life. Just playing in it feels unbelievable. It was great to win it all.”, Kyrou told The Observer.

Mere days after helping add another token to the Canadian treasure trove of WJC golds, Kyrou returned to the OHL. Seemingly carrying a chip on his shoulder, the young offensive dynamo exploded for six goals and 14 assists in just seven games – resulting in an eye-popping points per game average of 2.85. During this seven-game stretch, the Sarnia Sting reeled of a 6-0-1 record which in turn placed them firmly in the realm of contender status for the OHL title, trailing perhaps only divisional rival Sault Ste. Marie Greyhounds.

What makes the success of Kyrou a tad bit surprising is that he wasn’t supposed to be such an offensively skilled player. At least not if you review his pre-draft scouting reports. While retrospective scouting is probably the easiest job in the world, it is interesting to note the pre-draft opinion among quite a few scouts that Kyrou was primarily supposed to be a solid two-way center with good speed and strong defensive upside, perhaps topping out as a second-liner if he moved from center to wing and eased up on his dedication to defense.

Luckily for Kyrou, Sarnia Sting head coach Derian Hatcher had other ideas.
“I told [Blues general manager] Doug Armstrong when they drafted him, I compared him to Mike Modano and Doug looked a little surprised with that, but the only reason I did that is he has that skill with the puck. He’s faster with the puck and that’s a tough skill to have. He can make plays going full [speed] and not many players can do that. I’m not saying he’s going to be Mike Modano, but I definitely think his future’s going to be bright”, former NHL defenseman Hatcher told TSN.ca when asked to describe Kyrou.

The combination of Hatcher’s mentoring, Kyrou’s willingness to work hard and his ever-present hockey sense has produced a situation where #25 of the Sarnia Sting is suddenly considered one of the biggest talents in the entire OHL. Furthermore, winning the gold with Canada as the team’s leading scorer helped established Kyrou as a winner. A legacy he will look to build on as Sarnia prepares to make a run for the OHL title. Recognizing the potential of their star centers’ final year in junior hockey, the Sting loaded up by bringing in Cam Dineen, Jonathan Ang and Michael Pezzetta at the trade deadline.
“It’s good to have all these new guys on the team. We’re really going for it this year and I’m excited for our future.”

Should Kyrou manage to lead the scoring race and win an OHL title as well it would certainly make his 2017-18 a season for the ages. 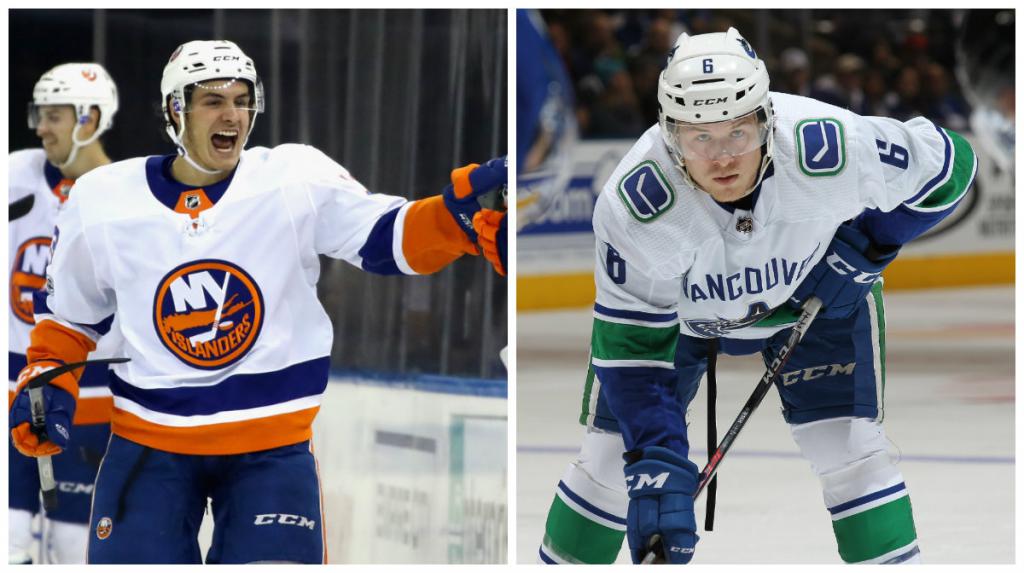 Next article Ranking: They lead the way at mid-season Calder Trophy race