Kailer Yamamoto has hit his stride in the WHL

Kailer Yamamoto took a wicked slash from Oskar Steen in the dying seconds of the United States’ semifinal loss to Sweden at the World Juniors in Buffalo. It looked like things were going from bad to worse for the Oilers’ prospect.

Yamamoto was selected 22nd overall by the Oilers in the 2017 NHL draft. It was much lower than the diminutive-but-extremely-skilled winger was expected to be selected after a 99-point season with the Spokane Chiefs of the WHL, but this is nothing new for undersized players in hockey.

Despite his draft slot, Yamamoto showed up to Oilers camp in September and impressed. He didn’t look out of place playing against older and bigger players and began to develop an interesting chemistry alongside the NHL’s reigning Most Valuable Player — Connor McDavid. That’s always a recipe for success.

Yamamoto ended up cracking the Oilers roster out of camp, beating out the fourth overall pick from the 2016 draft, Jesse Puljujarvi. Yamamoto was one of the experiments to potentially replace Jordan Eberle’s production on the wings. Eberle was dealt during the off-season in a salary cap dump to the New York Islanders after he didn’t pot a single goal during Edmonton’s playoff run.

In nine games with the Oilers, Yamamoto recorded three points. He didn’t score a goal, but he had 23 shots on net and boasted the best possession numbers of any forward on the team. And again, he looked effective next to McDavid.

You’d think life would be easy playing next to a player of McDavid’s calibre, but it surprisingly isn’t that simple. McDavid plays the game at much an incredibly fast pace and your average winger has a difficult time keeping up with him. But Yamamoto seemed to be able to think the game at a quick enough pace to keep up with the franchise centre, anticipating the play at an impressive level beyond his years.

After nine games, though, Yamamoto was sent back to the WHL so that the Oilers wouldn’t have to burn a year off of his entry-level contract. His return to Spokane was far from impressive. Yamamoto recorded just 12 points in his first 13 games, far worse than the 99 points in 65 games he scored as an 18-year-old the previous year.

Yamamoto earned a spot on the United States’ World Juniors roster and travelled to Buffalo. He was expected to play a key role on an American team looking to win gold on home soil for the first time in the country’s history. He had a decent tournament, scoring two goals and two assists in seven games, but he wasn’t the dynamic offensive force fans were expecting.

And then Oskar Steen gave him a chop on the leg. It was completely unnecessary and it forced Yamamoto to have to miss the United States’ bronze medal game against the Czech Republic. A disappointing start in the WHL, an underwhelming World Juniors, and then an injury. The cherry on top.

But after retuning from the World Juniors, Yamamoto has been dominant with the Chiefs. In his last nine games, the skilled forward has potted seven goals and 19 points, destroying the pace he was one earlier in the season.

Yamamoto said that going from Edmonton to Spokane with the World Juniors looming made it difficult to focus.
“Traveling all around, it’s a little bit tough to get some roots in the ground,” he said in an interview with Oilersnation. “Now that I have two months just to focus on Spokane hockey it’s going to be really nice and I really think it’s going to help me.”

It’s reasonable to expect an adjustment period when a player goes from keeping up at the NHL level to trying to dictate the play while riding the bus at the WHL level. Now that Yamamoto is settled with the Chiefs, he’ll be able to pick up where he left off last year as one of the most tantalizing talents in the league. 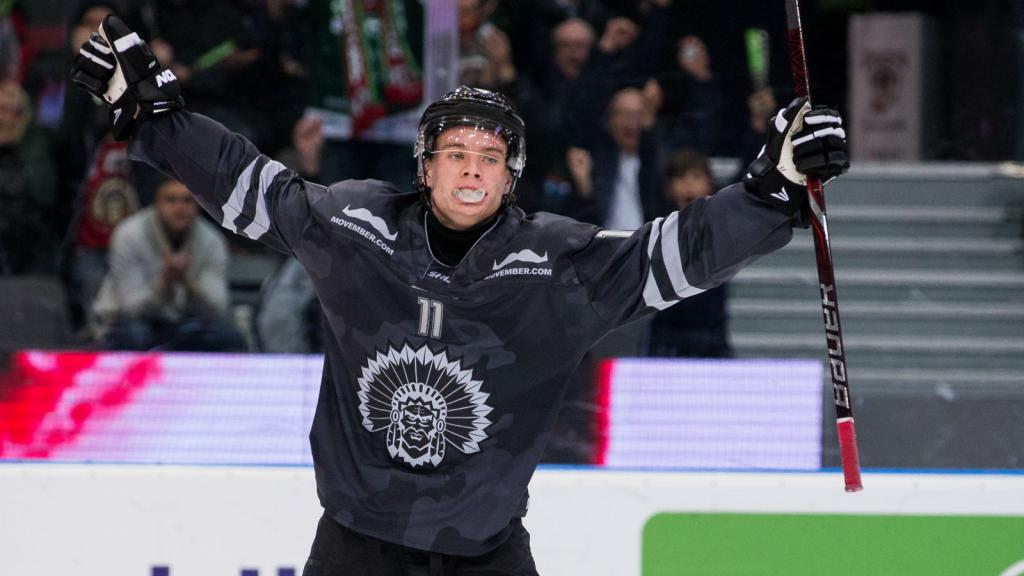