Erik Karlsson’s homage to Rasmus Dahlin: “He’s much better than I was at that age”

As Rasmus Dahlin prepared himself for the next big adventure in his young career, the player he has idolized and patterned some of his game after while growing up in Sweden had a few encouraging words to share.

Erik Karlsson, also a product of Frölunda’s successful junior programme, looks at Dahlin and sees something very special in the 17 year-old Swedish Olympian.
“He plays a fun brand of hockey”, Karlsson told Swedish website hockeysverige.se recently. “That’s great to see. He wants to hold on to the puck and find solutions instead of just throwing it away. I appreciate that there are young guys who still likes to play hockey that way.”

The comparisons between Karlsson and Dahlin have been on full display over the past few months. As offensive defensemen, they both have the poise and patience to control the pace of the game. They are both very mobile and seem to be one step a head of their peers on the ice.

Still, Dahlin has a bigger body and is ahead of Karlsson compared to where the two-time Norris Trophy winner was at the same age. While Karlsson didn’t play regular minutes in the SHL at 17, Dahlin averages about 20 minutes per game with Frölunda this season. The Ottawa Senators captain is very much aware of that.
“I don’t think you could make the comparison because I think he’s much better than I was at that age”, Karlsson said. “If you look at where I was at that age, I wasn’t even half as good as he is now. There’s obviously a lot of upside there and hopefully he’ll continue to develop and adapt to the game over here. From what I hear, I don’t think he’s going to have a problem fitting in.”

The fact that the Senators are struggling in the standings this season make them one of the teams that could end up with the winning ticket in the “Rasmus Dahlin draft lottery” come April. Karlsson is ambivalent about being one of the teams in that category.
“Obviously, it would be fun if he ended up here, but hopefully we’ll be able to steer the ship in the right direction so it won’t happen”, Karlssons said. “But if he ends up here, it would be an enormous boost for this club.”

Dahlin himself is getting ready for the Olympics, in which he’ll be the youngest male hockey player to participate in 34 years. In 1984, when the winter games were held in Sarajevo in former Yugoslavia, Ed Olczyk represented the United States as a 17 year-old, while Canada’s Kirk Muller had just turned 18 and US defenseman Al Iafrate was about to. Dahlin is usually cool about stepping into the limelight, but confesses to hockeysverige.se that he was overwhelmed when Swedish head coach Rikard Grönborg called to tell him he was on the Olympic roster.
“I became shaky. It was an unreal feeling”, Dahlin said right before leaving for Pyeongchang. “I’ve played with the national team in one tournament, so my focus right now is just to play my game and not try to think too much.”

Rasmus’ dad Martin will travel to South Korea to cheer for his son, but since he won’t be able to live in the Olympic village like the athletes, Dahlin will have to rely upon the veterans of the Swedish team to guide him. His captain with Frölunda, Joel Lundqvist, being the most obvious one.

When asked if there’s something important he’ll bring to South Korea to keep his mind occupied on other things than just hockey, Dahlin knew exactly what that thing was.
“I’ll bring my Playstation 4”, he said. “We’re away for a really long time so I’ll miss playing online with my buddies at home. We play Call of Duty and a new game called Fortnite which is very popular.”

No matter which NHL city Rasmus Dahlin ends up in after being selected first overall in the entry draft in Dallas in June, we can all rest assure that he’ll likely continue to spend a lot of time playing online video games with his friends back in Sweden. And who knows, maybe Erik Karlsson will join them – if the Ottawa Senators are lucky enough to get that golden lottery ticket with Rasmus Dahlin’s name on it. 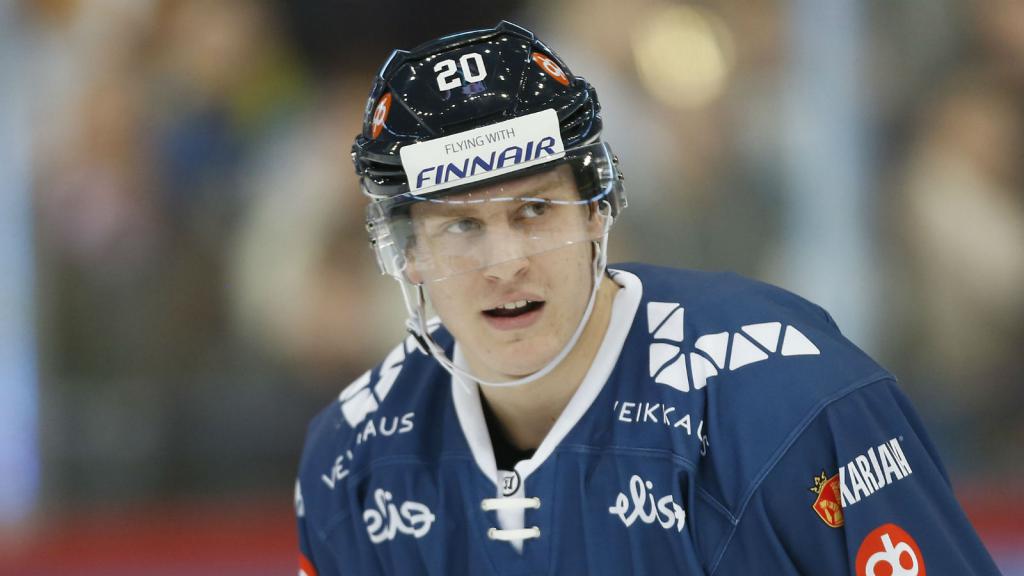 Next article Has the grind gotten to Eeli Tolvanen ahead of the Olympics?