Rasmus Dahlin shut down for the season: “I need to recover”

Rasmus Dahlin won’t play any more hockey this season. The 17 year-old defenseman, destined to go first overall at the NHL entry draft in Dallas in June, made his decision known through his club team Frölunda Indians on Tuesday.

In a press release, Dahlin notes that it has been a long and very challenging season in terms of travelling and playing games on different continents.

Besides playing for Frölunda in the SHL as well as in the Champions Hockey League , he was also on the Swedish World Junior Championship squad in Buffalo. Shortly after that tournament ended, he was also on the Swedish Olympic roster and played two games in Pyeongchang.
“I need to recover. It’s been a very intense year and a lot will happen this summer. I need to think what’s best for me long term. My whole career is  ahead of me”, Dahlin said in the press release.

What this means is that Dahlin won’t be on Team Sweden’s roster at either the U18 World Junior Championships in Russia later this month, or at the World Championships in Denmark next month.

Swedish U18 head coach Torgny Bendelin released his roster for the WJC earlier today without Dahlin, starting speculations about the youngster’s health. But there’s no apparent injury that puts an end to his season, rather fatigue and a desire to reload the batteries a head of the entry draft.

Frölunda general manager, former NHL:er Fredrik Sjöström, thinks that Dahlin is doing the right thing.
“I know how much the national team means to Rasmus, but I support him in his decision”, Sjöström said. “It’s been a really long season with a lot of games. With that in mind, I think it’s the sane thing to do. Rasmus has had a season that a lot of players his age never get to experience.”

Frölunda lost it’s quarterfinal series to Malmö, meaning that Rasmus Dahlin most probably has played his last game in Sweden for a very long time. He ended the season with seven goals and 20 points in 41 SHL games, notching a new SHL record for most points by a defenseman under the age of 18. In the playoffs. he added a goal and two helpers in six games.

Without Dahlin on the Swedish U18 roster, a lot of attention will land on the second highest ranked Swede ahead of this year’s draft, Adam Boqvist of Brynäs. The skilled defenseman leads an intriguing d-core with colleagues such as Adam Ginning, Filip Johansson, Nils Lundkvist and Axel Andersson, who are all ranked fairly high ahead by different scouting services. The one player missing besides Dahlin is Sault Ste. Marie Greyhounds’ rookie sensation Rasmus Sandin, who is in the middle of what could be a very deep playoff run with a stacked team.

Here’s what the Swedish team looks like in the absence of the two Rasmuses: 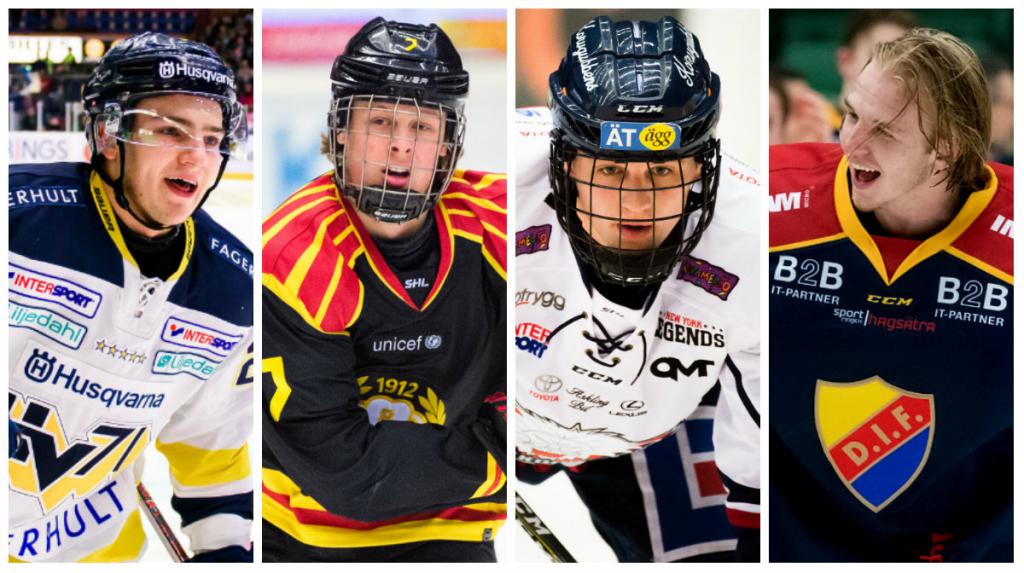 Next article Prospects get their shot with the Swedish national team