The next batch – rookies that could rule the NHL in 2019

The Calder Memorial Trophy of 2018 hasn’t even been handed out yet and still you want us to take a look at next year’s candidates? Really?

Fair enough then, let’s have at it.

Our look at the candidates for the 2018 Calder Trophy ended with us essentially handing Mathew Barzal the award in advance – he has been that good this season. Projecting next year’s rookie race is considerably more challenging, yet there are a handful of players who many agree are likely to be contenders for the Calder.

Let’s get the obvious candidates out of the way first; the upcoming draftees.

The top 2018 NHL draft trio of Rasmus Dahlin, Andrei Svechnikov and Filip Zadina are all likely to play in the NHL next season, regardless of the team they end up representing. Svechnikov and Zadina are both prolific goal scorers and could likely pot 15-20 goals (or more) right away if put in positions to succeed. Dahlin is the most dynamic rookie defender the league has seen in years and is likely to see 18-20 minutes of ice per game while putting up anywhere from 20-50 points in his first year. Going back to the post-lockout season of 2005-06, only two defenders have won the Calder Trophy – Tyler Myers in 2009-10 and Aaron Ekblad in 2015-16 – but with Dahlin on the rise that could change in a hurry. Throw in OHL tower of power Evan Bouchard from the London Knights as an outsider among these draftees and you might have two defenders contending for the award.

Then there are the players who were already drafted and had strong seasons in the three Canadian Hockey Leagues; OHL, WHL and QMJHL. If I was forced to suggest just one player from each league that could make an immediate impact in the NHL it’d be:

QMJHL: Vitali Abramov (Columbus Blue Jackets, 65th overall in 2016)
Russian native Abramov put up a staggering 78 points (33+45) in 40 games playing for Victoriaville Tigres this season. He has continued his torrid pace into the playoffs where he has scored six goals in just five games thus far.

WHL: Aleksi Heponiemi (Florida Panthers, 40th overall in 2017)
I’ve raved about this young Finnish playmaker before and despite a mediocre showing at the World Juniors, Heponiemi still has enormous potential. He can dish the puck like nobody’s business as evidenced by his 90 (!) assists in 57 games for the Swift Current Broncos. Should he bulk up a bit more, look out.

OHL: Morgan Frost (Philadelphia Flyers, 27th overall in 2017)
An exciting center prospect for the Flyers who excels in almost every aspect of the game with an emphasis on playmaking… oh, you thought I was talking about Nolan Patrick? Not so. The Flyers have another one of those guys. Morgon Frost has had a terrific season for the Soo Greyhounds and should he go pro next season, he could do some damage in the NHL.

Moving on to players that have already cut their teeth playing professional hockey in Europe – namely players like Eeli Tolvanen (Nashville Predators, 30th overall in 2017) and Elias Pettersson (Vancouver Canucks, 5th overall in 2017). Both Tolvanen and Pettersson performed well over expectations in their respective leagues with Tolvanen scoring 36 points (19+17) for Jokerit in the KHL and Pettersson winning the SHL scoring race with 56 points (24+32) in 44 games. Tolvanen might have a tough time cracking the Predators lineup but should he do it, he will have an incredible supporting cast for a Calder run. Pettersson on the other hand might find himself logging bigger minutes than expected with the Sedins retiring, but won’t have the same offensive support outside of Brock Boeser.

Finally, let us not forget about the AHL standouts. I’ll highlight two in particular for this feature: forward Daniel Sprong (Pittsburgh Penguins, 46th overall in 2015) and defenseman Sami Niku (Winnipeg Jets, 198th overall in 2015). Sprong has long been considered an exciting prospect for the Penguins and with 29 goals in 58 games for the Wilkes-Barre Scranton Penguins in the AHL this season, the time has come for Sprong to break out. After all, the Penguins do feature some decent playmakers to dish him the puck.

Finally, my total dark horse Sami Niku. Based on nothing more than a hunch and an incredible rookie season in the AHL, Niku could surprise a lot of people should he be put in a position to succeed by the Winnipeg Jets.

Who are your favorites to take home the 2019 Calder Memorial Trophy? Let’s hear it. 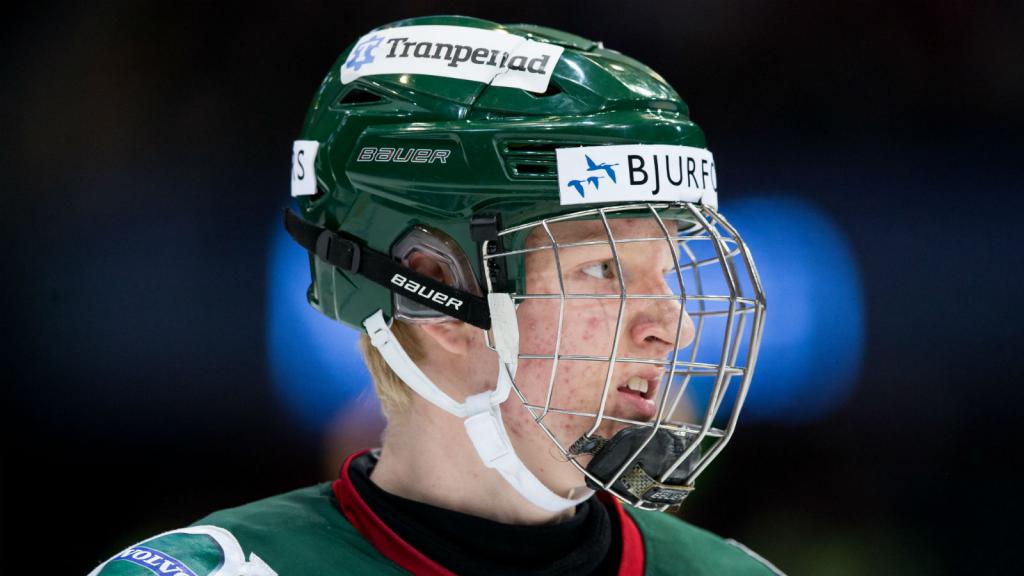 Next article Rasmus Dahlin shut down for the season: “I need to recover”