The Playoff Report – which prospects are excelling in the postseason?

The old trusted adage that you need grit and experience to succeed in the playoffs is proving less and less true every day. Every day reports filter in from various hockey leagues around the world where the main takeaway is how another young, exuberant rookie skater stole the show in a tight playoff game. To celebrate this fact and further highlight some talented prospects around the world, here is a rundown of which NHL prospects have been excelling in the playoffs (both junior leagues and professional league) so far in 2017-18.

Swedish Hockey League (SHL)
While your first instinct might have been to expect Rasmus Dahlin here, your first guess would turn out to be wrong. Dahlin didn’t have a bad playoff for Frölunda HC by any stretch, but playing such a significant amount of hockey over the course of the season seemed to have drained the youngster a little bit.

Instead, we look towards Elias Pettersson.

The Vancouver Canucks 5th overall pick in 2017 has been just as impressive – if not more so – during the playoffs as he was when he won the SHL scoring title during the regular season. His Växjö Lakers is currently up 1–0 in the SHL finals after Pettersson put up three points (1+2) during a 7–0 shellacking of opponent Skellefteå AIK in Game 1.

Furthermore, Pettersson is tied for the playoff scoring lead with twelve points (5+7) through ten games.

Perhaps not as prominent of a rookie as Pettersson, Växjö defenseman Joel Persson has been impressive in his own right. Undrafted and 24 years of age, Persson joined Växjö in the SHL for the 2017-18 season after spending the earlier days of his career in Division 1 – the Swedish third tier division. With 34 points (6+28) in 51 games during the regular season and four points (1+3) in ten games during the playoffs, Persson is likely to tender an NHL offer or two once the SHL season is over.

Another SHL playoff standout – a somewhat unexpected one as well – was Washington Capitals 2016 5th round, 147th overall pick Axel Jonsson Fjällby. The 20-year old, nicknamed “The Hunter” for his relentless pursuit of loose pucks , scored seven goals all regular season (42 games) but managed to pot six playoff goals in eleven games before Djurgårdens IF were eliminated.
“All summer long, I was looking forward to the season because I knew what I was capable of. It felt like this was the time for me to prove that”, Fjällby told Eliteprospects earlier in the season.

Western Hockey League (WHL)
Philadelphia Flyers 2nd round pick (48th overall) 2016 Carter Hart seems to be having one of those years where it feels like you’re in a really good dream, only when you wake up you’re still living it. Hart led all WHL goaltenders by a significant margin during the regular season with his 94.7% save percentage and 1.60 GAA. He made the WHL All-Star team. He won the 2017 World Junior Championships with Team Canada and finally, he was voted the WHL Western Conference Player of the Year. As an encore in the playoffs, Hart is currently sporting a 94.4% and 1.92 GAA having led his Everett Silvertips to the WHL Western Conference Finals.

We find a more unexpected playoff performer in Tri-City Americans center Morgan Geekie. The 2017 3rd round pick (67th overall) for the Carolina Hurricanes has put up an incredible 24 points in 8 games – good for second overall in WHL playoff scoring  – but even more impressive: 15 out of those 24 points have been goals. Geekie did put up 30 goals in 68 games during the regular season but his playoff production has been something else.

Ontario Hockey League (OHL)
In the Ontario Hockey League, a pair of 11th overall picks have lead their respective teams to the semifinals. The prospects in question? Kitchener Rangers’ Logan Brown (Ottawa Senators, 2016) and Kingston Frontenacs’ Gabriel Vilardi (Los Angeles Kings, 2017). Brown and Vilardi are currently pacing the OHL point-scoring race with 21 and 20 points respectively but will be looking for more as both have made it to the third round of the playoffs.

In the third round, the Frontenacs will take on the Hamilton Bulldogs while the Rangers are tasked with shutting down regular season behemoth Soo Greyhounds.

Quebec Major Junior Hockey League (QMJHL)
Leading the way in “the Q” we find WJC standout Drake Batherson. You know – he of the seven goals in seven games for Team Canada? The 2017 4th round pick of the Ottawa Senators (121st overall) has scored a total of six goals and 12 assists for 18 points in nine playoff games as he has led the Blainville-Boisbriand Armada to the QMJHL final four. Bathersons season started out with the Cape Breton Screaming Eagles before he was traded to Blainsville around the time of the WJCs.
“I’m excited for the new start, and they have a good team this year, so I’m excited to join that team and contribute any way I can,” Batherson told CBC at the time of the trade.

Kontinental Hockey League (KHL)
More of a traditional “veterans league” when it comes to playoff performances, the KHL did feature one notable exception: 2018 draft eligible Vitali Kravtsov. Most of the early projections placed the Vladivostok native as a late first round, early second round pick but with a strong KHL playoff showing for Traktor Chelyabinsk, it is likely Kravtsov will end up a first rounder. After scoring seven points (4+3) in 35 games during the regular season, Kravtsov came alive during the playoffs – scoring eleven points in 16 games with six of those points being goals.

Liiga (Finnish top league)
For Finnish top league Liiga, who else to demand the spotlight but smooth-skating rearguard Miro Heiskanen? The 3rd overall pick in 2017 for the Dallas Stars has been nothing short of phenomenal skating for HIFK this season. A 23-point campaign during 30 regular season games was followed up by nine points (3+6) in 13 playoff games. In fact Heiskanens nine points were the most by any under-24 player in Liiga during the 2017-18 playoffs, at least so far. While HIFK have been eliminated from having a shot at the title, Liiga does feature a “winner takes all”-type game for third place in which Heiskanen and his teammates will take on TPS Åbo.

As a final note; the AHL, ever a safe bet to find strong performances from talented prospects, have yet to begin their playoffs and therefore no performances could be highlighted. The AHL kicks off its playoff season this Friday, March 20th. 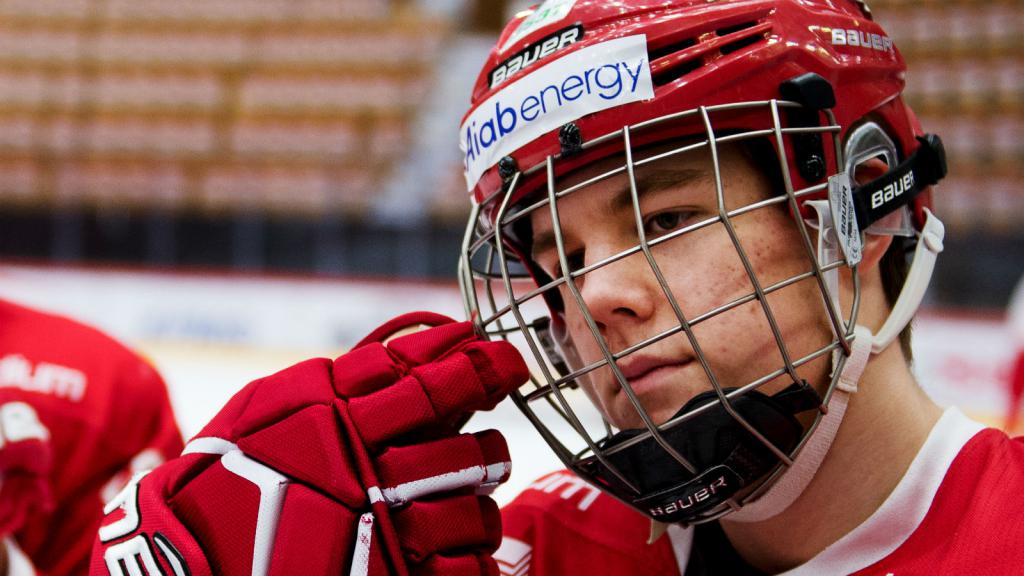