The expectations were certainly high when Växjö Lakers signed Elias Pettersson to a three-year deal in early April last year. The young forward had just finished a tremendous season with Timrå of Hockeyallsvenskan, scoring 41 points in 43 games as an 18 year-old, and was subsequently drafted fifth overall by the Vancouver Canucks in last year’s entry draft in Chicago.

That said, no one could ever have dreamt of what kind of impact the sharp-shooting youngster would have in Sweden this year. When we summarize the 2017/18 season, the list of Pettersson’s achievements is equally long and impressive:

* Winner of the scoring title in the Swedish playoffs.

* Winner of the Stefan Liv Memorial Trophy as the most valuable player of the playoffs.

Pettersson poses with Stefan Liv Memorial Trophy, handed out to the most valuable player of the Swedish playoffs. Photo: Bildbyrån/Petter Arvidson

“IT MEANS THE WORLD TO ME”

Pettersson and Växjö secured the Swedish title Sunday afternoon after crushing Skellefteå in four straight games – 7–0, 4–0, 4–1 and 5–0. The forward was as dominant as ever in the finals, scoring six goals and adding four assists. That means he had a hand in half of the twenty goals his team scored in the series.

Naming Pettersson the playoff MVP was a no-brainer for the jury. Every single juror had his name on the top of the ballot, which has never happened before. That made him the youngest recipient of the award since it was first presented in 2010.
“It means the world to me”, Pettersson told hockeysverige.se as he celebrated the gold medal and the MVP award on the ice in Skellefteå. “I don’t really know what to say. It couldn’t have turned out better than it did. It’s fantastic. I started out poorly in the playoffs, but I got better and better for each game. It’s feels incredible.”

It’s safe to say that Elias Pettersson won’t play out the two years he has left on his deal with Växjö Lakers. He’s bound for Vancouver this fall and, after the success he’s had this year, will be one of the most hyped Canuck players since Daniel and Henrik Sedin moved to British Columbia 18 years ago.

Along with the likes of Finnish rearguard Olli Juolevi, Hobey Baker Award winner Adam Gaudette, close friend Jonathan Dahlén and, obviously, Calder Trophy nominee Brock Boeser, Pettersson will be a part of the new wave of young talent that’s supposed to lead the team back to respectability after a few years of mediocrity.

After the Sedin twins’ farewell earlier this month, there’s certainly hope that one of their compatriots will be able to help the Canucks fill the enormous hole Daniel and Henrik left behind. 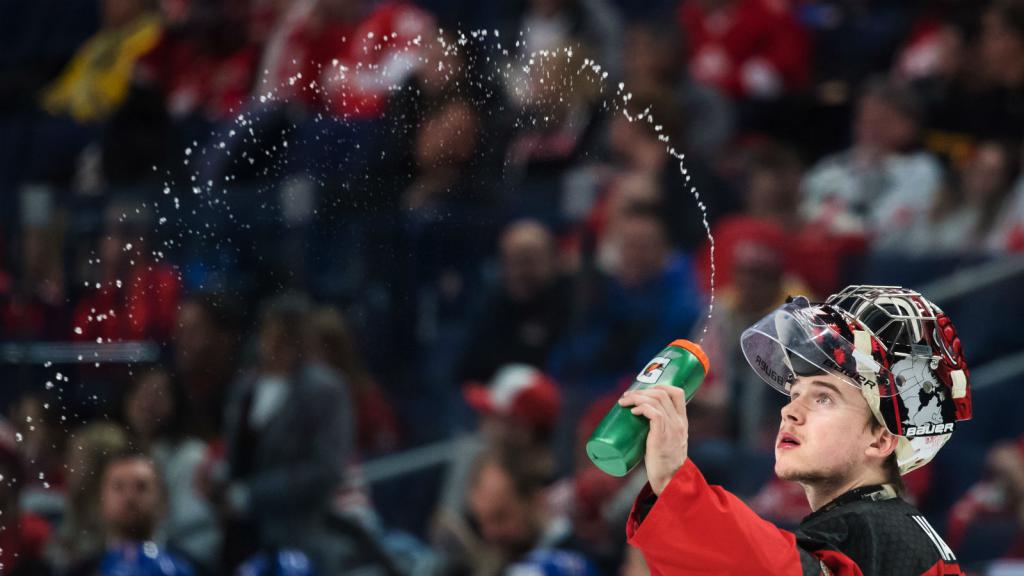 Next article The Playoff Report – which prospects are excelling in the postseason?