And the winner is… Elias Pettersson

Since 2013, eliteprospects.com has handed out Elite Prospects Award to the best junior player in the Swedish league. This year, the jury had an easy task at hand. The winner is Vancouver Canucks prospect Elias Pettersson of Växjö Lakers.

“He came into the SHL with high expectations. Elias Pettersson not only live up to those, he obliterated them and set a new standard for junior players in the SHL by winning the scoring title in both the regular season and the playoffs while becoming a Swedish  champion with Växjö Lakers in the process. Never before have the jury had an easier task to pick the winner of Elite Prospects Award, given to the best junior player in the SHL.”
– THE JURY –

The SHL had a number of really prominent junior players this season. Frölunda’s Rasmus Dahlin went first overall at the draft in Dallas last month, Erik Brännström showed great poise with HV71 while players like Lias Andersson, Frölunda, Filip Gustavsson, Luleå, and Axel Jonsson Fjällby of Djurgården all made strong cases. But to be honest, no one was even close to Elias Pettersson.

The 19 year-old forward, drafted fifth overall by the Vancouver Canucks 2017, set a new record for points by a junior player in the SHL with 56 in only 44 games. He did the very same thing in the playoffs, amassing ten goals and 19 points in 13 games on Växjö Lakers’ journey to its second Swedish championship title.

When handed the prize a few months removed from his fairy-tale season, Pettersson still sounds surprised with how it all went down.
“I knew before the season started that I would do a good job in the SHL, but I never thought I would do it this well”, he said. “I never doubted my knowledge about the game, but that I would play this good… No way.”

The secret behind his success is not really a secret. The talent has always been evident. That combined with hard work has made Pettersson one of the more intriguing NHL prospects right now.
“It’s the hard work and the stubborness that’s behind this”, he said. “I’ve always had the drive to become a better player. I stay around after practice, either doing stuff in the gym or on the ice. I always do something extra. Ever since I was a kid, I always had this feeling ‘what if I don’t do enough to take me where I want to go?’ That’s why I always try to do the extra stuff.”

It certainly looks like his skill and smartness is going to take him to the NHL. After winning the World Championships with Sweden in May, he signed his entry-level deal with the Canucks. Everything points to Pettersson making the team out of training camp this fall and some people even have his as one of the favorites to win Calder Trophy as rookie of the year 2018/19.

The future looks bright for this young man!

Elite Prospects Award has been handed out to the best junior player in the SHL since 2013. Everysport Media Groups’ sites eliteprospects.com and hockeysverige.se were the initiators of the award. The jury consists of  eliteprospects.com founder Johan Nilsson and its CEO Peter Sibner as well as Uffe Bodin, Ronnie Rönnkvist, Robert Pettersson, Måns Karlsson, Henrik Skoglund and Kajsa Kalméus of hockeysverige.se. 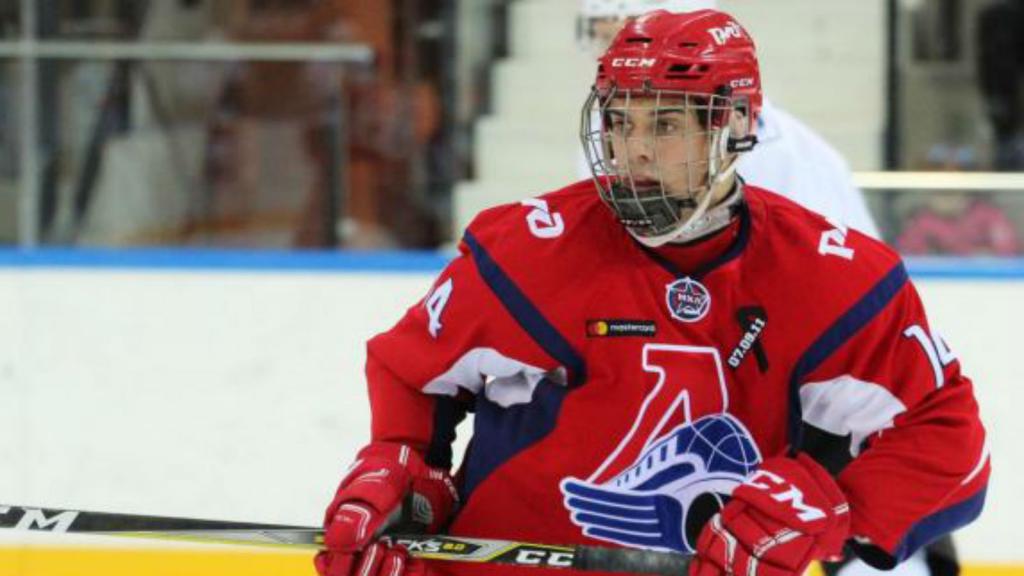 Next article Grigori Denisenko – The Little Ball of Russian Hate