It used to be the Detroit Red Wings that could ice a lineup made up entirely of Swedish players to start a game. Then, once Nicklas Lidström, Jonathan Ericsson, Henrik Zetterberg, Tomas Holmström and Johan Franzén got tired, the Wings would come right back with another batch of swedes. During the latter part of the 2000’s – especially around 2007-09 – it would be business as usual to find anywhere between five and nine (!) Swedish players suited up to play.

Somewhat unusual numbers – especially when it comes to Europeans in the NHL. Although to be fair, before they were a “Swedish” team, the Red Wings leaned heavily on their Russian players, and in the past two decades the league has seen its fair share of smaller “colonies” pop up.

Minnesota Wild had a strong Slovakian presence, then became known for their many talented Finns. Teams like New York Rangers, Nashville Predators and Vancouver Canucks have seen their fair share of Swedes throughout the years. Washington Capitals have a standing tradition of drafting talented Russian players.

All that said, having nine players of the same non-North American nationality on the same team is still incredibly rare. But it might actually have a realistic chance of happening again in the next season or two.

Much of the Swedish flavor when it comes to the Red Wings is attributed to Director of European Scouting Håkan Andersson who had a hand in selecting, well, all of them – with the notable exception of Lidström who had already been drafted when Andersson began his career as a scout during the 1990-91 season.

Between 2007 and 2015, the Red Wings scouting staff featured a man called Ari Vuori. After his eight years with the team, he was hired by the Toronto Maple Leafs ahead of the 2015-16 season to be the storied franchises’ Director of European Scouting.

Far be it from me to suggest Vuori copied Anderssons model for success, but it is safe to say he did pick up a thing or two from the Swedish “super scout” as Vuori’s first three drafts on the job featured Toronto picking Swedes either in the first or second round.

All three of the top picks are still expected to contend for a spot on the Maple Leafs roster in the near future, with Liljegren having an especially good opportunity and Grundström a popular pick as the “most likely dark horse” (if such a thing exists).

You can see where I am going with this.

Not only have the Leafs drafted talented Swedes for three straight drafts, they already had a bunch of them on roster. William Nylander is already well on his way to becoming a superstar and defender Andreas Borgman played more games in the NHL than the AHL the past season. When the Toronto Marlies conquered the Calder Cup this spring, young players like Andreas Johnsson, Dmytro Timashov, Calle Rosén and Pierre Engvall all played big parts.

Oh, and the Leafs signed 26-year old Pär Lindholm this summer to anchor their 4th line.

There are no guarantees Nylander, Borgman, Lindholm, Johnsson, Timashov, Rosén, Engvall, Grundström, Liljegren and Sandin will all suit up for the same game, but if they ever were to – it would be something to behold.

How I think they’d line up? Glad you asked. 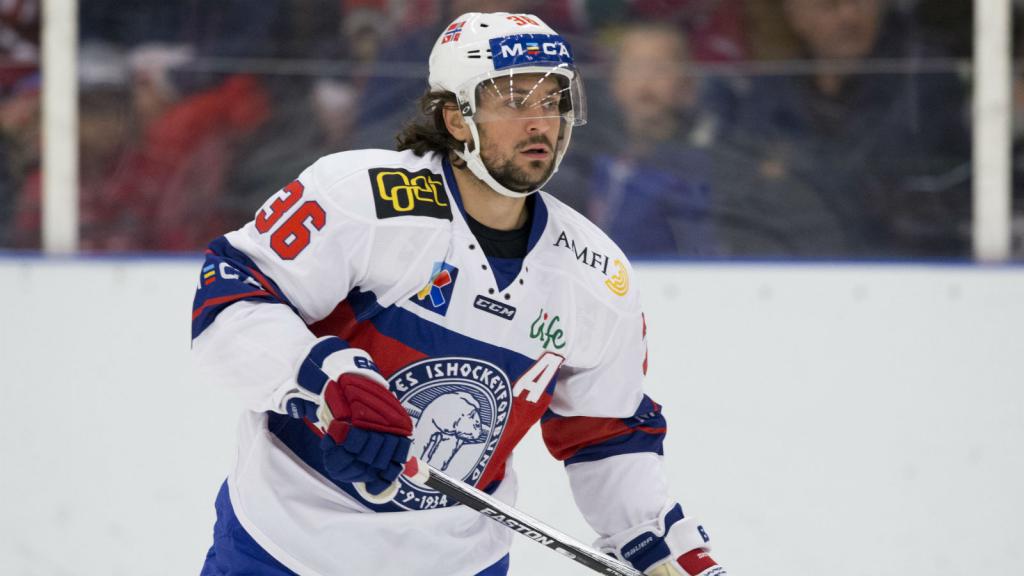 Next article A journey into non-traditional hockey markets: the importance of role models