Here we are. It’s finally opening night for our new and highly touted prospect, EP Rinkside. Will it tear up the league in its rookie season? You never know with newcomers, but our hopes are high.

This summer, I was at the NHL Draft in Dallas. Which was great because A) Dallas and B) the Draft is always a fun place to be. At least until you get into rounds six or seven on Saturday afternoon, at which point it becomes more of an industry conference. A near-silent and mostly vacated arena of 18,000 seats tends to get a little… yawny?

All over the floor were scouts and GM’s from 31 teams, engaged in mostly small talk, ties loose around their unbuttoned collars. Pick lists, potential trades and selection scenarios had already been drilled and processed to the point where some teams could probably have had their mascots run things for the rest of the day. Except for the Flyers of course, as Gritty would have scared the draftees to death.

Here they were, hockey legends and big brass alike, apparently making plans for the night or setting up summer get-togethers in the Muskokas. Well deserved, I might add. Back in the day, all this was done over the phone and I perfectly understand why Punch Imlach would actually invent a fictional player to shake things up.

The media tribune was a different beast altogether. All around me were the most active bunch of people in the building. Hundreds of reporters and beat writers covering all 31 NHL teams, many of them in full crunch. They were running back and forth between their laptops and the interview room to make sure readers would get a good update on that 18-year old kid from Belarus their team had just drafted.

There, I saw it. Eliteprospects.com was on most of their computer screens.

Meanwhile, Google Analytics told me we had over 12,000 users online on a nice and warm Saturday afternoon. Our servers were running red hot as people from all over the world came to us to find out all there was to know about Santu Kinnunen or Pavel Shen or where the hell in the world Plzen was.

Naturally, I smiled. It really was an awesome revelation to realize how much people apparently like, love, and sometimes even depend on what we do. 20 years ago, a guy in Sweden set up a fanzine for Junior hockey. He then learned a thing or two about SQL databases. Now, we serve millions of hockey fans every month. Wow.

With EP Rinkside, we’ll try to give you more.

We look to unleash the full potential of the international EP community by becoming the best source for prospects-related content. Good reads. Interesting features. Rankings. Draft guides. Columns. Podcasts. TV-shows. You name it. Some will be free for all, some will be part of our EP Premium service.

Encouraged by the recent launch of our Premium service, we know there is a market for subscription-based content of high quality. We also want to create a safe space to interact and engage in meaningful conversation with each other and our staff without getting jumped by anonymous eggs and trolls. Yes, in the day and age of Social Media, it is our core belief that the good ol’ commentary section can be a good part of a Premium service as long as it’s populated by well-behaved hockey buffs. Just like you’d probably choose to spend a few bucks in a nice bistro with like-minded people, rather than hang out in the streets and have random conversations with people who are talking to themselves.

Our staff will be a combination of paid writers and semi-regular contributors. For our Grand Opening, we have feature stories from established writers such as Aaron Vickers and Patrick Williams, as well as our friends at College Hockey News and OilersNation. We also have podcast superstar Dimitri Filipovic on board, sharing his best analytical takes on NHL prospects. He’ll start things off with a closer look at Elias Pettersson. Which I guess is a good sign. Not only is Elias from Sweden, like us. He also has a wonderful set of initials.

The upcoming World Juniors will see even more familiar faces chip in at EP Rinkside. With so many top prospects expected to suit up in the Red, White and Blue, we’ll have the ever so talented Julie Robenhymer cover the U.S. team up-close. Another is Uffe Bodin, “The Bob McKenzie of Sweden”. Mr. Bodin was once made famous in upstate New York by defaming the fair city of Buffalo in his blog – later having to explain himself on local radio after Google Translate had worked its magic. Another revelation: hockey will cross language barriers.

EP Rinkside will also welcome voluntary contributors,  because it’s in our DNA.

We hope to make EP Rinkside a great platform for budding writers, photographers or the future stars of TV and podcasts. Are you an expert on women’s college hockey? Can you write funny, provocative or outrageous columns? Are you the best YouTuber in Finland, even though no one knows it yet? Well, I’d love to hear from you. If you think you have what it takes to play in the big league, let me know and we might help you to a PTO.

Maybe you have some skill and decent English, but need some more time and coaching to hit your prime? Feel free to pitch a good idea or send us examples of what you can do.

After all, we’re all about prospects. 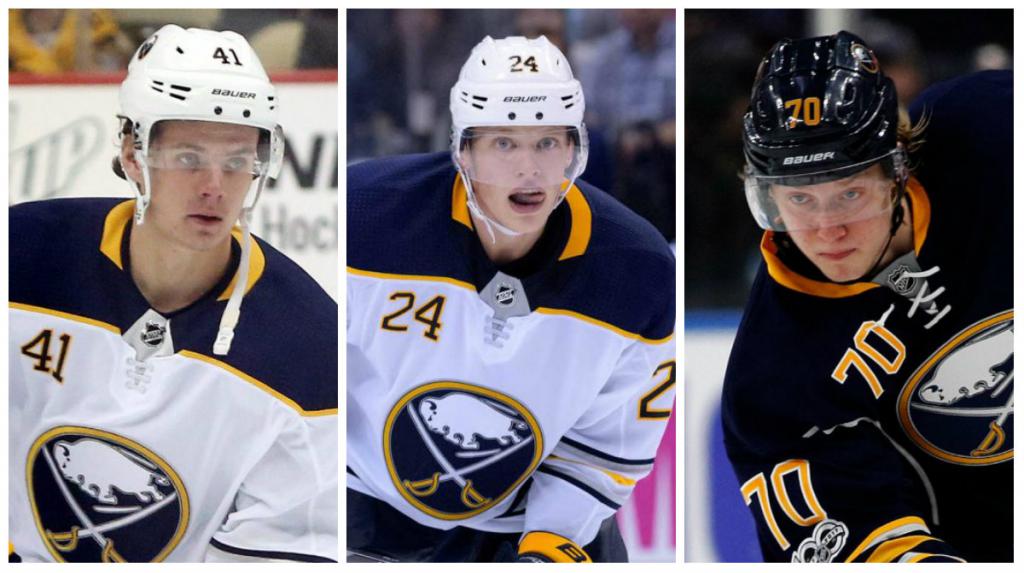 Next article Waiting in the wings – Swedish domination in the AHL