Goals galore – CBJ prospect lighting up the SHL as a rookie

By the look of his rather thick Movember mustache, it’s hard to fathom he’s only 19 years old.  Watching Emil Bemström play can give you a similar feeling. He might be a rookie in the Swedish Hockey League, but the Columbus Blue Jackets 2017 fourth-rounder hasn’t looked the least out of place. Quite the contrary.

Through 20 games, he’s put up a league-high eleven goals and added another four helpers during his first season with Djurgården. A big surprise considering Bemström was somewhat of an unknown commodity when he was brought to his new team in May.
“I obviously didn’t expect to score at this rate, but it’s been fun and I feel like I’ve learned a lot”, Bemström noted. “The coaches and the teammates have really helped me along the way.”

Last season, he put up a decent eight goals and 15 points in 33 games with Leksand of Hockeyallsvenskan, the league right underneath the SHL. But for parts of that season, he wasn’t even a regular on the team.
“I knew of Emil since his dad (Jörgen Bemström) is the J20 coach here”, Djurgården coach Robert Ohlsson said. “He looked really interesting in Leksand, but when I went to scout him he didn’t get to play so I started to question myself. Had I gotten the wrong impression of him?”

He clearly had not. When the right shooting winger was signed to a two-year deal, it didn’t take him long to make a positive impression on the coach.
“As soon as he came here, he showed us what a sniper and finisher he is”, Ohlsson said. “I’m convinced he’ll continue to score goals because he’s the kind of player that is looking to shoot instead of making a pass.”

It will be hard for Bemström to continue to score on every third shot as he has thus far. But his shoot-first mentality will certainly help his productivity.
“A lot of it has to do with being in the right place at the right time”, he said of his scoring touch. “I always go look for the areas where I know I can find the time and the space to shoot. I’ve got a pretty good shot, especially my one-timer.”

That one-timer has been on display several times on Djurgården’s highly effective first power play unit. Bemström has found his sweet spot on the left side where he’s constantly being set up by the now injured playmaker Jacob Josefson or point producing sensation Jakob Lilja. Seven of his eleven goals has been scored with the man advantage
“I’ve been playing with some exceptional players”, Bemström confessed. “There’s been a lot of empty nets to shot at. I really feel like I’ve found a good spot there. Josefson and Lilja are really good passers so if I find that space, I know there’s a good chance I’ll score.”

#CBJ prospect Emil Bemström scored for Djurgården in their Champions Hockey League game against Tappara. It happened right after their power play had expired. pic.twitter.com/0n1MsoS5Li

Columbus Blue Jackets are keeping tabs with the young man’s progress. Former NHLer Jarkko Ruutu, who is the team’s development coach since three years back, is often seen at Djurgården games in Stockholm. He presents Bemström and fellow teammate and Blue Jackets prospect Jonathan Davidsson with feedback.
“I hope they’re happy”, Emil Bemström said with a smile. “They say that if I keep this up good things will happen so I know I need to continue to play like this. NHL is obviously the end goal, but I’m not in a hurry. I’m in a good spot right now.”

Before he starts to think about moving across the Atlantic Ocean or even winning the Swedish championship title with Djurgården, he has another great event to look forward to. Barring something unforeseen, he will suit up for the Swedes at the World Junior Championships in Vancouver and Victoria a month from now.

On a Swedish squad that will be lacking star-power up front, Bemström’s goal-scoring prowess will come in handy.
“I can imagine that a player of his ilk can really help that team since they’ve been lacking some scoring punch”, said Djurgården coach Robert Ohlsson,  the Swedish U20 team’s assistant coach between 2010 and 2013. “His goal-scoring could be important for them just like it’s been important to us.”

This article is about:
News NHL Prospects
Scoring Leaders 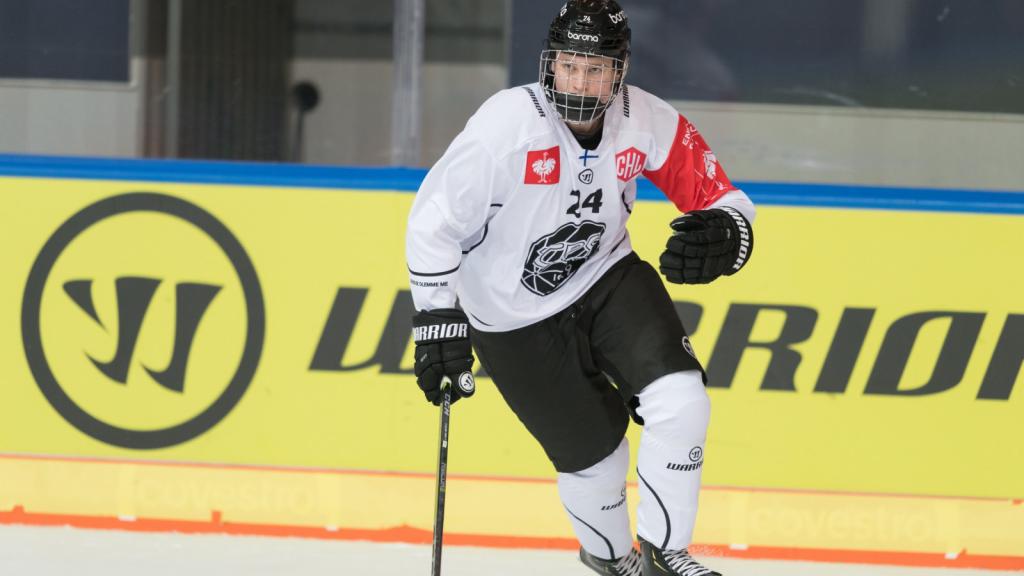 Next article Avenging Laine: Time for Kakko to show the Finn can beat the American