This week on the program we talk about 2019 NHL Draft, the World Junior A Challenge, the top team in the Ontario Hockey League, a shift in the WHL balance of power and the Alberta Junior Hockey League too.

For the last few years I have been fortunate to periodically welcome someone from HockeyProspect.com to the show that lets me pick their scouting brain for the benefit of the audience (and the host). This week it’s the head honcho himself; Mark Edwards.

Mark has been crisscrossing the country since the Hlinka-Gretzky Cup in August despite a recent bout of pneumonia. Now that he’s healthy enough to speak in full sentences, it is time to get him back on the show to educate us on some key players for the 2019 NHL Draft.

We start with Kirby Dach of the Saskatoon Blades who HP has slotted 3rd overall in their most recent ranking (available at hockeyprospect.com and eliteprospects.com too). Dach was strong at the Hlinka-Gretzky Cup but I asked Mark to tell me what he’s seen from the 6’4 forward since the summer.

In a time when we don’t see goaltenders taken in the 1st round all that often it was surprising to see HP with a trio of masked men in their most recent Top 31 list. One of those goalies is Mads Sogaard of the Medicine Hat Tigers. With the CHL’s ban on import goalies wisely lifted, Sogaard is able to play in the WHL and is turning heads as he does. It helps that he stands 6’7 on dry land but his play on the ice is also worth talking about. Denmark’s secret is out now, much to the chagrin of NHL scouts, as HP has him 21st. Sogaard is So-good (I’ll show myself out).

The top draft eligible player from the Ontario Hockey League is Barrie Colts forward Ryan Suzuki. The gifted playmaker is piling up the points but there are some, including Mark, who would like to see him become a bit more selfish and shoot the puck. Still, Suzuki is ranked in 14th right now, a strong second half could see him challenge his older brother Nick for bragging rights. (Nick was chosen 13th overall in 2017 by Vegas).

Next, we went with someone that hasn’t impressed Mark as much as you might think. Mississauga defender Thomas Harley has already blown past his offensive numbers from a season ago but it’s the rest of his game that leaves people wanting more. I’ll leave it to Mark to explain.

On the side, while we were talking about Mississauga I thought I would quickly ask Mark about Steelheads forward Ryan McLeod who got an extended look from the Edmonton Oilers during their main training camp in September. His 7 goals so far this year are concerning but reports from some Edmonton media suggest that the player has performed well. Mark’s scouting report should be noted by all Oilers fans and media.

Lastly, and back to the draft-eligible players, Sioux Falls Stampede defenseman Ryan Johnson has definitely caught the attention of the HockeyProspect.com staff. Despite his slight build (6’0 and 162 lbs), Johnson has been a bright spot for the USHL club and will represent the United States at the World Junior A Challenge starting this weekend in Bonnyville, Alberta Canada.

This week’s CHL Insider segment has a focus on the team with the best record in the Ontario Hockey League, the Ottawa 67’s. The guest is broadcaster A.J. Jakubec who calls the games for pretty much every team there is that calls Ottawa ‘home’ and has their events heard on TSN 1200.

There were two noteworthy moments for the 67’s this week, the first being a move up the CHL rankings into the 2nd place slot and then of course the major acquisition of netminder Michael DiPietro.

Jakubec shared his insight as to what makes the current roster so successful and what the addition of, arguably, the top goalie in the entire CHL should mean in the second half of the season. We also spoke about a handful of other individual players like Kevin Bahl, Tye Felhaber, Marco Rossi, Graeme Clarke and Cedrick Andree.

The former Edmonton Oil Kings broadcaster also commented as to whether or not he felt new trade restrictions in the WHL would lead to more OHL-type trades where multiple draft picks change hands more so that actual bodies.

Finally, the new provincial government in Ontario siding with the Canadian Hockey League by giving an exemption to the OHL in regard to whether or not players should be considered ’employees’. That leaves just two CHL jurisdictions to not have done the same; Alberta and Oregon. I asked Jakubec how he felt the development would impact the class action lawsuit started by some former, disgruntled players who are seeking back pay and and minimum wage for current and future CHLers.

In the Dub: Cam Moon

This past Wednesday, the Edmonton Oil Kings were hosting the Regina Pats but the voice of the Red Deer Rebels happened to be in town and he became our intermission guest.

It’s a shorter segment but looks quickly at the surprising success of the Rebels, recent moves in the league including a big trade by Lethbridge and Regina, plus a brief take on the Oil Kings.

This week the Draft Spotlight shines on the leading scorer of the USHL’s Lincoln Stars, forward Shane Pinto. The New York product has overcome early season inconsistency to a team best 23 points in 20 games, 11th in league scoring.

The day I spoke with Pinto, he was in Edmonton, Alberta Canada having arrived the day before to join the rest of his new teammates. Pinto is one of 21 USHL players who are ditching their club team sweaters for their national colours to play in the upcoming 2019 World Junior A Challenge.

Pinto is a self described late-bloomer who only started taking hockey seriously as a 15-year-old. With that in mind, it would be fair to say that the 6’2 forward is just starting to scratch the surface of what he had accomplish.

I spoke with Pinto about making the transition from life in New York to Nebraska and what level of culture shock may go along with that. Of course the step up to the USHL has been a big one as well and he talked about why that is. The next stage in Pinto’s career with take place in Grand Forks with the University of North Dakota Fighting Hawks.

NHL Central Scouting has given Pinto a ‘C’ rating in its most recent release.

Inside the AJHL: Brandon Ewanchyshyn

Lastly, the perennial power from the Alberta Junior Hockey League’s North Division, the Spruce Grove Saints, don’t find themselves alone atop the standings this year. Instead, the Saints trail the Bonnyville Pontiacs and the crosstown rival Sherwood Park Crusaders.

I spoke with the voice of the Saints, Brandon Ewanchyshyn, about a number of the individual players on the club and the overall status of the league.

You can download the December 7th episode of The Pipeline Show in its entirety here for free (HERE) or listen to it online (HERE).

This article is about:
News NHL Prospects
Scoring Leaders 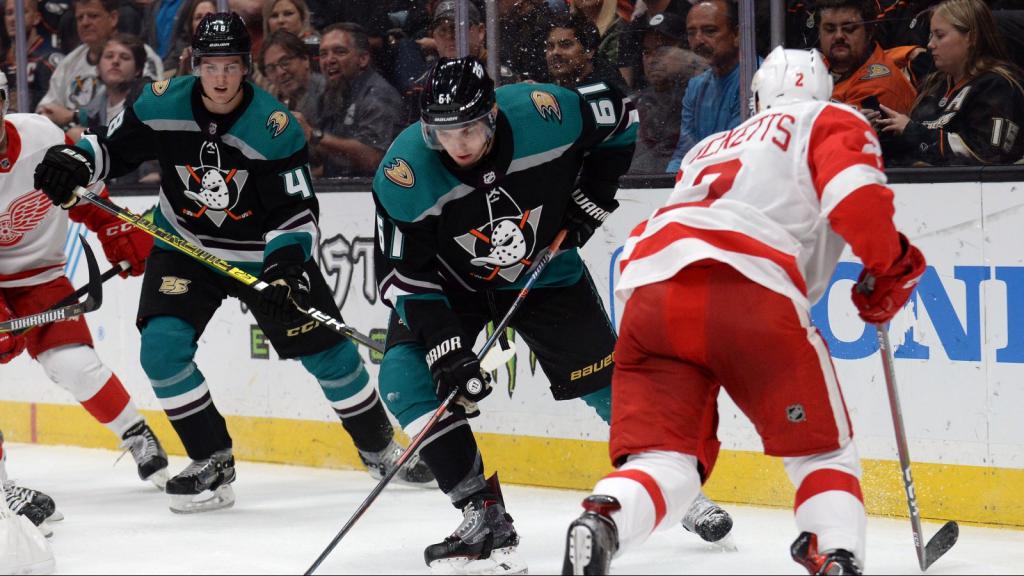