A 2018 to remember: St. Ivany hopes to wrap up great year with WJC gold

It has been a whirlwind year for Jack St. Ivany.

The 19-year-old native of Manhattan Beach, Calif., was in his second season with the USHL’s Sioux Falls Stampede a year ago, in the process of posting six goals and 30 assists in 54 games

Since then, he was drafted by the Philadelphia Flyers, started school at Yale and named to the United States’ World Junior Championship preliminary roster.

Selected in the fourth round of this year’s draft, the 6-foot 3-inch defenseman is well-built for the NHL, though he’s still quite a ways from reaching that goal. His first test on the path to the pros was to adjust to the college level. It can be daunting for any freshman, but even more so trying to balance the demands of an Ivy institution as well as the high level of performance demanded on the ice.

“It’s been smoother than I thought it would be,” St. Ivany said. “School-wise, I was nervous coming into it, but the school really gives you all the opportunities to be successful. On that side of things, it’s been perfect. Hockey-wise, I didn’t know a lot of guys coming into it, and the guys just really embrace the team culture very well. I’ve been loving it so far. At first, the first couple games the pace was a little faster, (and I was) adjusting to that. I feel like I settled in a little bit and started to find confidence in my own game.”

Well, it’s tough for most people.

His developmental progress showed in a 3-0 win against Union on Dec. 8, where he had a goal, an assist and significantly contributed to the shutout on the defensive end. His performance through the first half of the season is a significant reason why the Bulldogs are 7-3-2 and only giving up 2.42 goals per game, ranked 17th in the country.

St. Ivany is a dynamic defenseman, the type of player Yale needs in order to be competitive both this year and going forward. Fortunate for both the Bulldogs and St. Ivany’s career, he’s attentive and constantly looking to improve his game.

“His development has been steady,” Yale assistant Ryan Donald said. “He’s a kid who’s a learner, a kid who you can give things to and you get pretty quick results, in terms of the details and some of the position-specific stuff that we work on with the defensemen, whether that’s his feet, his stick or his puck decisions. He’s a kid who you can give something and see the wheels turning a little bit in his head and all of a sudden it’s in play, whereas some guys on the flip side of that, you’ve got to tell him and tell him and show him and show him. It’s like beating your head against the wall sometimes. He’s been great from that perspective.”

The game is different now than it was 10 or 20 years ago, especially for defensemen. Players need to be capable of covering the entirety of the sheet and be prepared for every situation. St. Ivany is getting there, and his approach to the game, along with his size, is something that’s attractive at the professional level.

“You can’t really just be a defensive defenseman anymore. You have to be able to get up in the rush,” St. Ivany said. “I feel like that’s a big part of my game. I can be able to defend my own net pretty well and have an active stick, but I also have the ability to play in the offensive zone. I think for me, that’s just what I look to do. Pick my place here and there, join up with the rush, try to stay up with the forwards as fast as I can and hopefully pot one every once in a while.”

Development at this stage is important, and one major aspect of developing is knowing your shortcomings and addressing them. St. Ivany specifically needs to improve his own skating–an issue many 19-year-olds have. Not everyone is Jack Eichel, and that’s OK. Donald and St. Ivany specifically work on that part of his game, as becoming a stronger skater can really transform his, and anyone else’s, game in a big way.

But it’s his patience that really fuels his ability to learn, which could benefit him in the long-run.

“I think Jack has that. He’s got good poise with the puck in terms of not hitting the panic button,” Donald said. “He doesn’t really have one, which is a great asset for a guy to have. Sometimes, you’d like to move it a little bit quicker, but as he’s growing in this game and at this pace, he’s starting to figure that out, too. It’s very encouraging in the first half. There are areas he has to get better at. He knows that. We’re working with all of our guys every day to get better with their weaknesses.”

With the first semester of his collegiate career over, he now focuses on making the World Junior squad and contributing to what the US team hopes to be a repeat of its 2017 gold medal performance. There’s a familiar face heading to camp with him; fellow Yale defenseman and Edmonton Oilers’ draft pick Phillip Kemp is trying out to the second consecutive year.

Kemp’s inclusion takes away a little of the mystery of entering a new atmosphere. At a time of year where Yale students are panicking about exams, knowing that St. Ivany has someone to look out for him during camp is a load off his back.

“Phil has been one of the guys who really took me under his wing and showed me the ropes at the beginning part of the season,” St. Ivany said. “Being a guy who went to camp last year, he knows what to expect. He had some pointers for me here and there and is someone who I can look to for advice heading into camp.”

No matter how his story with the World Juniors team unfolds, this likely isn’t the last people will hear of St. Ivany. But with how good his 2018 has been, it wouldn’t be surprising if he makes it to Vancouver and does something special. 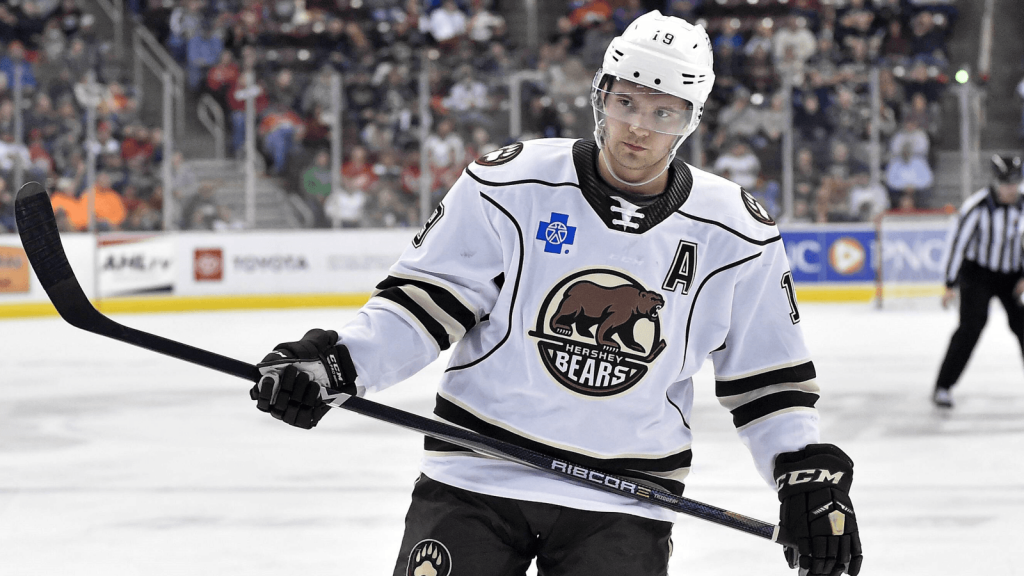