Filip Zadina is constantly adjusting his game whether it’s to the smaller rinks in North America, the pace of play or playing against men. This season, his adjustments are stretching off the ice as well.

For the first time in his life, Zadina is living on his own while playing in the American Hockey League for the Grand Rapids Griffins creating a whole new set of changes for the 19-year-old.

“It’s a little bit different because I’m living on my own right now,” said Zadina who spent last season living with a billet family while playing in Halifax of the QMJHL. “But it’s not a big deal. My mom was over here in November and she helped me. In February my dad is going to be here. It’s not a big deal to live on my own.

“I mean I know how to cook a little bit. Some times I go out for lunch or dinner with the boys. My mom taught me how to cook chicken and stuff like that. I’m doing well so far.”

Helping Zadina adjust to life in Grand Rapids is his countryman, and fellow Red Wings prospect, Filip Hronek. Hronek, 21, is in his third pro season in the Red Wings organization.

“I knew him from the Czech Republic because he’s from Hradec Kralove, which is like 15-20 minutes from my home town,” Zadina explained. “We played against each other in the junior league back in the Czech Republic so I know him well.

The 6-foot, 196-pound forward has eight goals and nine assists through is first 26 AHL games with the Griffins.

While the production is coming, Zadina admits the transition from junior hockey to the pro game has been difficult at times. The native of Pardubice in the Czech Republic has gone through multiple seven-game goal droughts in the first couple months of the season.

“In the beginning it was a little bit tough for our team and for me, but every single game I’m getting more comfortable and I think I’m playing really good hockey right now and I’m playing the way that I want: being strong on the puck and creating chances for my line mates,” said Zadina.

Last season, as an 18-year-old rookie in the QMJHL, Zadina led all first year players with 44 goals and 38 assists in 57 games for the Mooseheads winning the Mike Bossy Trophy as the best pro prospect in the QMJHL.

His draft stock rose as well. He went from the fifth ranked prospect by ISS Hockey in October to No. 3 overall in March before being selected sixth overall by the Red Wings in June.

“Everything is quicker and a little bit faster, and now especially against men, it’s tougher because you’re playing against men, they’re stronger players,” Zadina said of the AHL. “It’s not that big of a deal for me, I think I’m strong enough to play here and I think I’m playing well. I’m playing my hockey.”

With the Red Wings dressing several young forwards this season in the likes of Michael Rasmussen (19), Tyler Bertuzzi (23), and Andreas Athanasiou (24), many believed Zadina belonged in the mix.

However, the Red Wings have decided to take a more patient approach with the young Czech.

“As we’re building our organization, we’re putting players in situations that we think are in their best interest in the long-term for them to be the best player that they can be.”

Part of Zadina’s development this season will see him loaned by the Red Wings to the Czech national junior team where he’ll participate in his second consecutive World Junior Championship later this month in Vancouver, B.C.

Despite a minor lower body injury suffered in Saturday’s 5-4 overtime loss to the Milwaukee Admirals, Zadina is expected to join his national team on Thursday following Grand Rapids’ Wednesday game against the Cleveland Monsters.

“I’m so excited. I’m looking forward to being there and to represent my country,” he said. “It’s going to be huge. Last year was unbelievable.”

At last year’s event in Buffalo, Zadina finished tied for fourth in tournament scoring with seven goals and one assist in seven games.

“I had a good tournament and I played well, I scored a bunch of goals there so it was obviously a good time,” Zadina said. “But now it’s probably a little bit more pressure on myself that I played really well last year. Now I have to continue like I played last year.”

The Czechs surprised many by advancing to the semifinals after defeating Finland 4-3 in a shootout in the quarterfinals, but lost to the Canadians, the eventual gold medalists 7-2.

The Americans went on to defeat the Czech Republic 9-3 in the bronze medal game.

“It was so exciting, but its over and done with,” Zadina said of the 2018 success. “It’s a new year, it’s a new challenge for us and I just want to help the team and we want to have fun together and play well. We’ll see what’s going to happen at the world juniors. Hopefully we’ll get a good result for the Czech national team.”

Zadina heads to the west coast embracing the idea of being a leader on this year’s squad.

“It’s going to be a challenge for me,” he said. “First time to be a leader there on the national team. I just want to help the boys and there’s going to be others like Martin Necas from Carolina, he’s a leader too so I mean it’s going to be good for us.”

While the Red Wings elected to hang on to Rasmussen and not loan him to Team Canada for the World Juniors, Holland sees a benefit for Zadina to participate.

“It’s a grand stage, it’s an opportunity for him,” the 63-year-old executive said. “He’s 19 years of age, but he’s on a team that’s got some early 20-somethings. Our team and the league has lots of players 25-30 and they’re pros, and that’s how they feed their families, that’s how they eat.

The Czechs head to the 2019 World Juniors looking to snap a 13-year medal drought at the tournament.  They last took home a medal in 2005 winning bronze in Grand Forks, North Dakota.

“The goal for us would be to get at least a medal, it doesn’t matter which one,” Zadina said. “The goal for us is to make the semifinals and win the battle there and go for final. That would be awesome. We just want to play good hockey.” 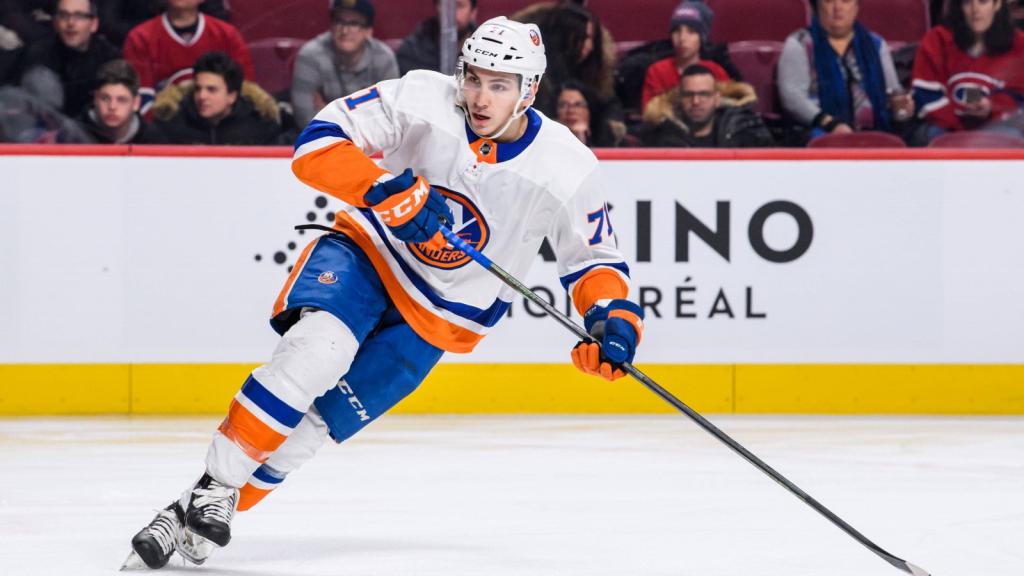