Finland’s greatest three-year stretch at the World Juniors has been followed by a noticeable hangover.

In 2014, a dominant goaltending showing from Juuse Saros and a tournament-leading 15 point performance from Teuvo Teravainen helped Finland to its first gold medal victory at the tournament in nearly two decades. Even better for the Finns, they defeated a favoured Swedish squad in front of a packed house of Swedes at Malmo Arena.

In 2016, Kasperi Kapanen wrapped the puck around the net and tucked it past a sprawling Andrei Vasilevskiy to win Finland yet another gold medal. This version of team Finland might be the best we’ve ever seen at the tournament. Jesse Puljujarvi won MVP with an insane 17-point performance and Sebastian Aho and Patrik Laine were right behind him with 14 and 13 points respectively.

Those two golden Finnish teams boasted a wealth of stars. While Puljujarvi is still trying to find his footing in the NHL, Laine has emerged as one of the league’s best goal scorers, Mikko Rantanen is challenging for the Art Ross trophy, and Sebastian Aho, Kapanen, and Teravainen have all become very good players.

Since then, though, it’s been a struggle for Finland. They followed up 2016’s legendary showing with a complete flop. A team captained by Olli Juolevi ended up in the relegation round after winning just one game in the group stage. It was the first time ever that a gold medal winner ended up in the relegation round just one year later. Finland would edge out Latvia 2-1 and 4-1 to save themselves from the ultimate embarrassment of falling out of the top division for the first time since the tournament’s inception in 1974.

Last year in Buffalo, the Finns had somewhat of a rebound performance, but their quarterfinal loss was still disappointing. A team led by Kristian Vesalainen, Eeli Tolvanen, and Henri Jokiharju went 2-2 in the group stage and ended up losing in a shootout to the Czech Republic in the quarterfinal.

This year, it’s a reasonable bet to assume that Finland’s medal-less stretch will continue. This isn’t necessarily a shot at their roster. It comes mostly from the trend of Finland struggling on North American ice over the past decade.

Both of their gold medals wins came in Europe, while most of their worst performances have come on the smaller ice surface. In 2009 and 2017 they ended up in the relegation round, in 2010 and 2011 they played in the placement round, and in 2015 and 2018 they lost in the quarterfinal. Their best finish in the past decade in North America came in 2012 when they lost in the bronze medal game in Alberta.

The roster clearly also doesn’t boast the volume of talent as their 2014 and 2016 squads did, but they’ll be a very interesting team to follow. The team got a big boost when the Predators and Blackhawks loaned Eeli Tolvanen and Henri Jokiharju to the team. Those two will need to take on a leadership role on the team, along with returning players Aleksi Heponiemi, a 2017 second-round pick of the Panthers, and Rasmus Kupari, a 2018 first-round pick of the Kings, in order to improve on last year’s result.

Perhaps the most interesting player on the roster, though, will be yet another Finnish forward projected to go at the top of the NHL draft. Kaapo Kakko, who is expected to go second overall in the draft behind Jack Hughes this June, has 20 points in 27 games as a 17-year-old playing for TPS in Finland’s elite league. 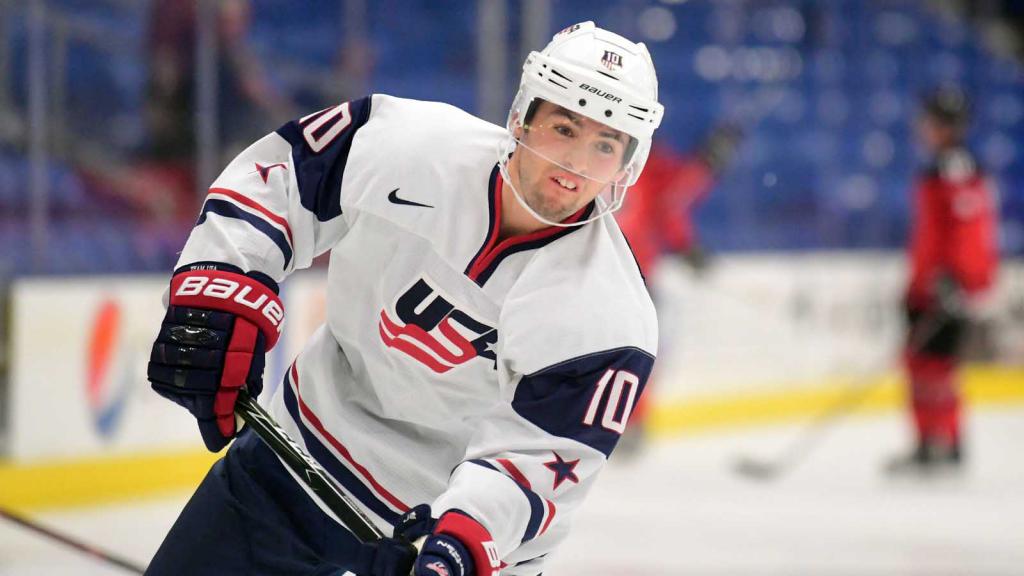 Next article In the midst of golden era of junior hockey, WJC means win or bust for Team USA