Previewing the WJC underdogs – is another upset in the cards?

It’s been a long time since somebody outside the Big 5 has won a gold medal at the World Juniors. When looking at the tournament, you expect to see the three medals taken home by Canada, the United States, Russia, Sweden, or Finland.

To find a winner from outside that group, you have to go all the way back to 2000 and 2001 when the Czech Republic won back-to-back gold medals with teams featuring future stars like Martin Havlat, Tomas Plekanec, Martin Erat, and Radim Vrbata.

The tournament has been played for 42 years. Canada and Russia (including the years they played as the Soviet Union and the Commonwealth of Independent States) have won 30 gold medals. Eight of the other 12 gold medals have been one by the United States, Finland, and Sweden. Two were won by that aforementioned back-to-back Czech dynasty, while the other two were won by Czechoslovakia, who was more of a consistent powerhouse before the nation split.

A more relevant context is looking at the tournament since 1994, which, in the aftermath of the fall of the Berlin Wall, was the first year Russia, the Czech Republic, and Slovakia participated at the World Juniors. After 1994 is when we also saw teams like Belarus, Kazakhstan, and Latvia in the tournament who had previously been a part of the Soviet Union.

Since 1994, the Big 5 has dominated the tournament, winning 69 of 75 medals. Two of those six medals, of course, were the Czech team in 2000 and 2001. Switzerland earned its only-ever medal at the tournament in 1998 with a bronze medal win thanks to a legendary goaltending performance from David Aebischer and then Slovakia earned its first-ever medal the following year with a bronze medal victory. Most recently, though, Slovakia shocked Sweden in the bronze medal game Toronto in 2015, representing the last time somebody from outside the Big 5 earned a medal at the World Juniors.

Can somebody break through this year?

The Czech Republic would be the best bet to burst the Big 5’s bubble. Last year, the Czechs reached the bronze medal game but ended up taking a 9-3 loss to the United States. Still, a lot of that team will be returning this year. Martin Necas, who scored 11 points in seven games will be back, as will 2018 sixth-overall pick Filip Zadina, and fellow first-round picks Martin Kaut and Filip Chytil. A talented and experienced Czech squad could find themselves in the mix this year, especially if goaltender Jakub Sarek can have a big tournament. Last year, the Czechs beat Russia in the group stage, and if they can do that again, they’ll be in a strong position to finish second in the group and do some damage come the playoffs.

Switzerland has reached the quarterfinals in back-to-back tournaments after spending a couple years in the relegation round. The Swiss have notoriously been a thorn in the side of opponents in the tournament, featuring a tight-checking team with good defence and goaltending who can grind out difficult games. This year, the Swiss will have strength on the back-end, with NHL draftees Nico Gross, Tobias Geisser, and Tim Berni forming a strong blueline. Up front, Philipp Kurashev, a 2018 pick of the Blackhawks, will be the team’s top weapon offensively.

Denmark has bumped itself up to a level of respectability at the tournament in recent years thanks to the development of players like Nik Ehlers and Oliver Bjorkstrand. They were promoted to the tournament in 2014 and reached the quarterfinal in three-straight years. In 2017, they also managed an upset in the group stage over both Finland and the Czech Republic. That said, 2018 was a disaster for Denmark, as they lost all four games while scoring just two goals. They did manage to fend off relegation with two tight wins over Belarus, but it was a step back for Denmark in Buffalo last winter.

In Group B, we have Finland, Sweden, the United States, Slovakia, and Kazakhstan.

Slovakia shocked the United States with a 3-2 in last year’s tournament in front of a stunned crowd in Buffalo. Unfortunately for Slovakia, the two key cogs in that upset, goaltender Roman Durny and forward Samuel Bucek, won’t be returning to the tournament this year. The Slovaks have a crew of returning players in Adam Ruzicka, Milos Roman, and Martin Pospisil, and a 2019 draft top prospect in Maxim Cajkovic who could help them pull off another shocker.

Kazakhstan is this year’s Happy To Be Here team. It’s their first time in the tournament since 2009 as they’ve spent the past decade working all the way back up from the third tier of the World Juniors. It’s hard to imagine a Kazakhstan featuring players from the MHL in Russia team winning any games, especially in a strong division, but a team led by Nik Antropov in 1998 shocked team Canada, so you never know. 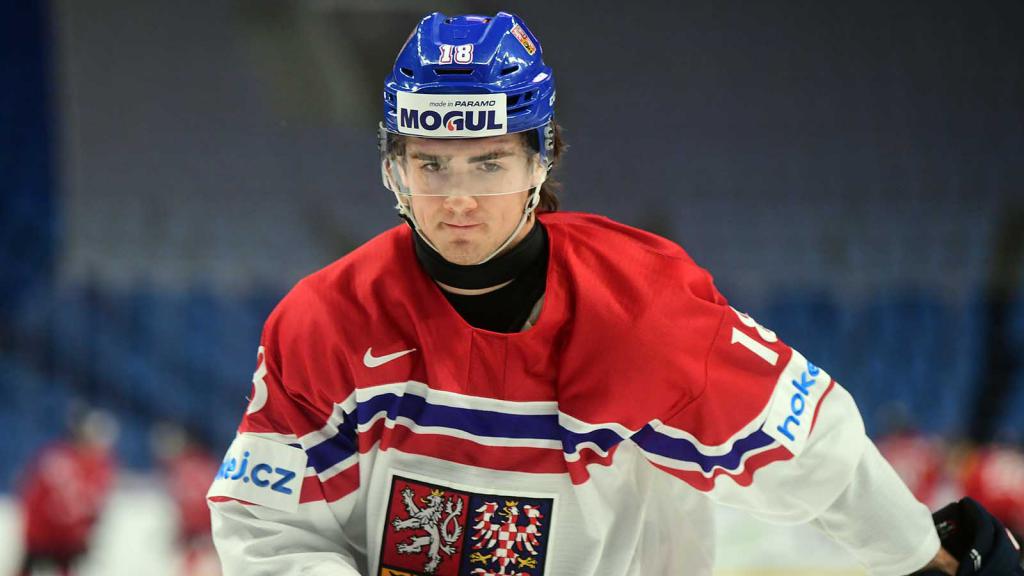