It’s been eight years since Russia has struck gold at the IIHF World Junior Championship.

They’ve medaled in every one since, with the exception of 2018.

A fifth-place finish a year ago, and an abundance of talent up front, should provide Russia with a jolt heading into 2019, and raise a golden anticipation this time around.

The last time Russia failed to medal, after all, resulted in a first-place finish the following tournament.

No player on Russia, and arguably the tournament, will draw more of a spotlight than Kravstov.

He dominated postseason play in the Kontinental Hockey League last season, netting 16 points (six goals, five assists) and was named the recipient of the Aleksei Cherepanov Award as the league’s best rookie. He hasn’t slowed down as a sophomore, either, already registering regular-season bests with six goals and 17 points in 33 games. By comparison, Adam Liska of Slovakia is second in the league in scoring amongst under-20 players with seven points (two goals, five assists).

Kravtsov, one of last season’s biggest draft risers before being selected with the No. 9 pick last June by the New York Rangers, should lead an explosive offensive attack for Russia.

What to watch for: He’s fast on his feet and doesn’t hesitate in his decision-making. He has plenty of confidence in his ability with the puck on his stick.

Kravstov will have plenty of help in producing offense in the tournament.

Kostin, drafted in the first round (No. 31) by the St. Louis Blues in 2017, was Russia’s leading scorer at the World Juniors one year ago. The 19-year-old finished tied for seventh in tournament scoring with eight points (five goals, three assists), and was named one of Russia’s top-three players.

International ice is familiar to Kostin, who has 11 points (five goals, six assists) in 28 games this season with the San Antonio Rampage of the American Hockey League. Kostin was Russia’s captain at the World Under-17 Challenge in 2015, and again at both the World Under-18 Championship and Ivan Hlinka Memorial in 2016.

What to watch for: He has great size and uses it to his advantage, bulling himself around the ice. He blends a sniping ability with a strong grinding game.

Though just 18, Denisenko is a dangerous player in the opposition’s end, particularly as a playmaker, and the No. 15 pick of the Florida Panthers in the 2018 draft has shown to be just that. He has three goals in 15 games in the KHL this season, and an additional two points (one goal, one assist) in six games in the VHL.

His talent outperforms his numbers.

The right-shot left winger has a plethora of international experience from tournaments, too. He’s represented Russia at the under-19, under-18 and under-17 level, where he’s showcased well. He had four points (one goal, three assists) at last year’s World Junior A Challenge, and won bronze at the World Under-17 Challenge in 2016.

What to watch for: He’s smooth and precise in his attack. He sees things develop at an elite level and his playmaking, sometimes underrated, is strong.

Marchenko, selected in the second round (No. 49) of the 2018 draft by the Columbus Blue Jackets, could parlay a strong start with SKA-1946 St. Petersburg into a prominent role with Russia at the World Juniors.

He has 16 points (five goals, 11 assists) in 12 games in the MHL, and, against older, tougher competition in the VHL, added three points (two goals, one assist) in 14 skates.

His international performance last spring adds intrigue, too. Skating with Russia in the 2018 World Under-18s, Marchenko had six points (three goals, three assists) in five games, and was named one of his country’s three best players.

Alexeyev, who was teammates with Kostin at the World Under-17 Challenge in 2015 and again at both the World Under-18 Championship and Ivan Hlinka Memorial in 2016, is already one of the best defensemen in the Western Hockey League and could emerge as such for Russia at the World Juniors.

Alexeyev, selected in the first round (No. 31) in 2018 by the Washington Capitals, is sixth in scoring amongst defensemen from the WHL and second on Red Deer’s roster with 31 points (seven goals, 24 assists) in 30 games, and can aid in both ends of the attack.

He’s represented Russia at every major junior-aged international event, and has a silver medal in his collection from the 2015 World Under-17s.

What to watch for: He reads defensive situations at a high level, and is well rounded enough to play any situation. He’s good at moving the puck quickly and efficiently, too. 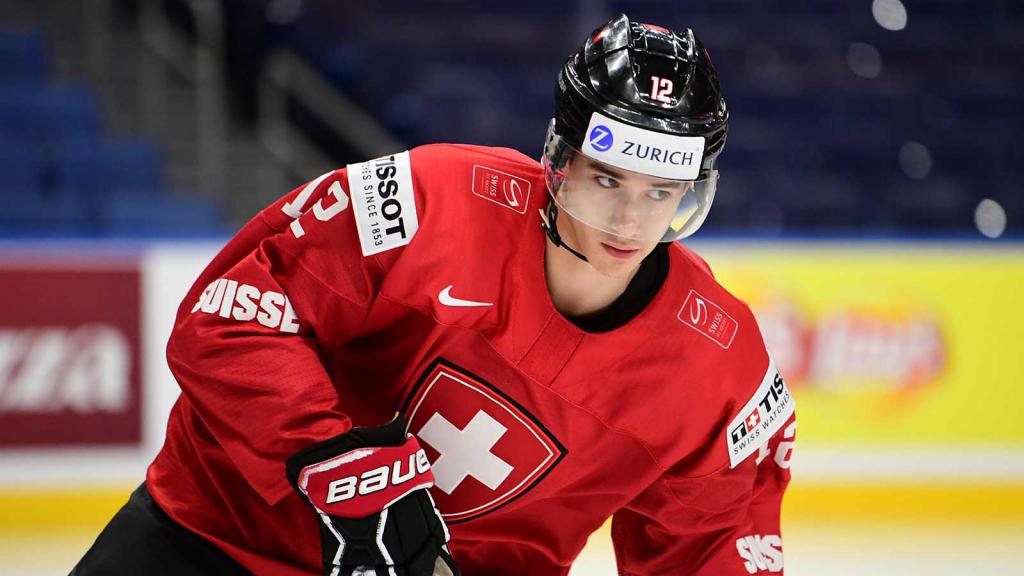 Next article Previewing the WJC underdogs – is another upset in the cards?