Editors note: This article was written ahead of the WJC quarterfinals.

Team USA has moved on from the preliminary round of the 2019 World Junior Championship with a 3-0-1-0 record and the top scorer in the tournament thus far in Ryan Poehling.  And they’ve done that despite projected first overall pick Jack Hughes missing 3 of the 4 contests.  With the quarterfinals on the way later today, let’s take a look at how the members of Team USA are performing with the help of the advanced metrics tracked by ICEBERG Hockey.

All eyes heading into this tournament were on Jack Hughes, but with all the time he’s missed it’s been his older brother Quinn leading the way.  On the surface he has a pretty modest statline, but it doesn’t do justice to how well the team plays when he is on the ice.  With Quinn on the ice during 5v5 play, USA is controlling the puck 59% of the time.  That’s the best possession numbers for anyone on the team.  When paired with Mikey Anderson (the two defensemen most often on the ice together) the team is getting 71% of all shot attempts, more than doubling up their opponent.  The older Hughes brother also leads the team’s blue line in successful passes into the high-danger zone with 7.  For comparison’s sake the best forward in this statistic is Jason Robertson with 10.  Here’s a sampling of some of these passes, including one that led to a goal in the wild comeback attempt against Sweden.

Looking at the forwards, Ryan Poehling has been the best at converting his chances to goals.  His 8 points (5 goals, 3 assists) are the most of anyone in the tournament so far.  His goal scoring is helped in large part by his ability to get open in front of the net.  Four of his five goals have come from the high-danger zone. 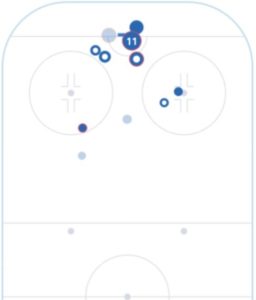 That one goal that came outside the danger zone?  That was an absolute snipe that completed his natural hat trick and tied the game against Sweden at 4-4 with just 23 seconds remaining in the game.

Poehling’s line isn’t the only one getting it done for Team USA.  The line of Tyler Madden, Evan Barratt, and Noah Cates has been the best all around line so far for the team.  They’re getting the most 5v5 time on ice together with 38:28.  The combo has generated 4.5 xGF while allowing only 0.9 xGA, good for an impressive 83% xGF%.

Then there’s the third line, featuring Oliver Wahlstrom, Joel Farabee, and (hopefully) Jack Hughes.  Jack leads the team in xG/60, though you do have to take that with a grain of salt with only one game to his name.  Hughes was seen practicing in an optional team skate  on Tuesday and is questionable for the quarterfinal game against the Czech Republic.  Wahlstrom, meanwhile, is generating 11 shots per 20 minutes of ice time, while Farabee is converting on more of his chances, with 3 goals and 2 assists through 4 games.  If that line gets Hughes back, the US will have 3 solid scoring lines and could turn some heads over the next couple days.

This article is about:
News World Juniors 2019
Scoring Leaders 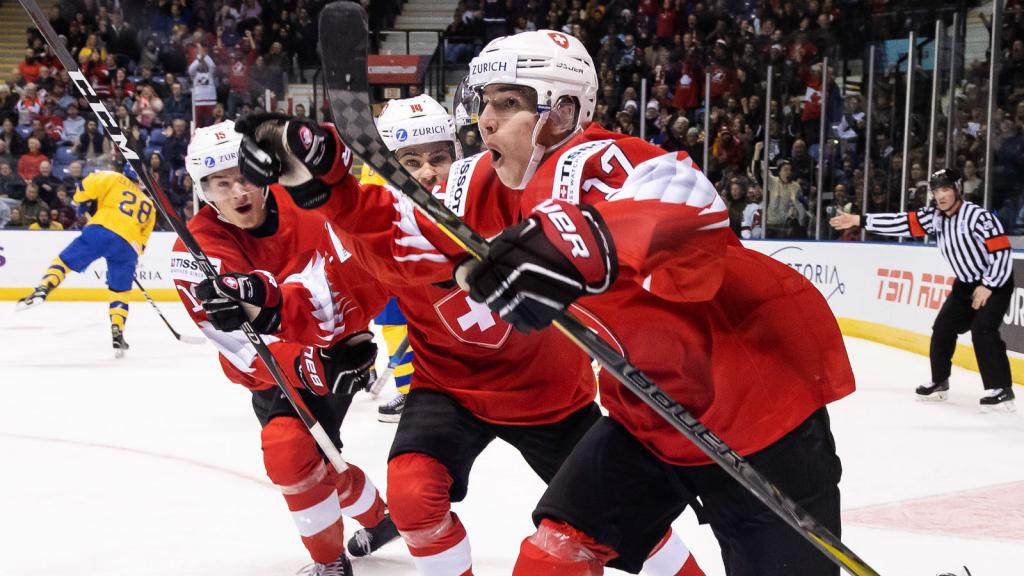 Next article Hopp Suisse – another WJC upset in the making?