Newhook wise beyond his years – looking to make history

Alex Newhook understands he needs to make a little noise to be noticed.

He’s done just that out West.

The 17-year-old has garnered plenty of attention, too.

Newhook, who paces the British Columbia Hockey League in scoring with 69 points (24 goals, 45 assists) in just 38 games, knows he needs to be productive to stand out.

“I think to a certain extent, for sure,” said Newhook, captain of the Victoria Grizzlies and a Boston College commit. “Definitely I just try to worry about what I can worry about as much as I can and that’s playing to the best of my abilities. I’m not worried too much about point production, but it is nice to be able to produce this much offensively. It’s great for our team and it’s been good for myself to stay in that conversation and stay in that group to this point in the season.

“I hope to continue to do that and things will come with that.

“Point production is something that is kind of looked at, when our team is doing well guys personally do well. That’s definitely been the case for myself and a lot of other guys on the team, too. It’s been great. I’m definitely happy with the way it’s been going and happy with my play to this point in the season.”

No player has led the BCHL in scoring outright and been a first round pick in the NHL Draft.

Newhook is trending towards both.

In 2010, Beau Bennett tied for the league lead in scoring with 120 points before being drafted in the first round (No. 20) by the Pittsburgh Penguins.

Three years prior, Kyle Turris finished second in league scoring with 121 points before being selected with the No. 3 pick in the 2007 NHL Draft by the Phoenix Coyotes.

Dial it back another three years to find Travis Zajac also second in league scoring with 112 points before being selected with the No. 20 pick in the 2004 NHL Draft by the New Jersey Devils.

Nor is the pressure.

“I think it’s been a lot of fun,” he said. “It’s an exciting year and something everyone really looks forward to. To have the opportunity to be drafted and be in the conversation of being a first round draft pick is really exciting.

“It’s been fun this year. It’s something I’m trying to make the most of. It’s an exciting year that comes around once in a lifetime. For me, I’m having fun with it, playing as well as I can, and improving my game any way I can.

A mature approach no doubt.

And from a kid — expectedly the first to be taken from the Canadian Junior A ranks on draft day — who doesn’t turn 18 for another few weeks.

“Even though he’s 17, he acts, skates, plays like a 20-year-old. He’s wise beyond his years. He’s certainly an intelligent young man and very mature. All this stuff going on, it just doesn’t seem to bother him at all. He could be doing TV interviews in the dressing room two hours before the game, having a camera on him having a pre-game meal before his game and he’s still coming out and playing a great game.

“You have to hand it to him. He really knows how to put the things he can’t control and the distractions aside and focus on what he can control.”

What Newhook, who has weaved his draft road from Newfoundland to Ontario to British Columbus, can control is his outlook.

“I think it’s hard to avoid completely, obviously,” he said.

“There’s a lot of talk about different rankings and different people and what they think. At the end of the day at any level, it’s really about what you can control and how you can play and how you can better yourself.

“It’s obviously definitely easier said than done with all that conversation going around and people talking about it, but just being at the rink before games and worrying about the game, worrying about what I can control, is what I focus on this year and for the past few years.”

The focus, first, is his Grizzlies.

The second, understandably, is chasing down a scoring title.

The first two could lead to a positive showing on draft day.

And joining some exclusive company.

“To be able to lead the league would be something super special,” he said. “It’s just worrying about what our team can do. We’ve got a real chance of coming first this year in the league. We worry about that. If our team is successful, individual success would come with that.

“But leading the league would definitely be really special.

“And being in that category would be pretty cool.” 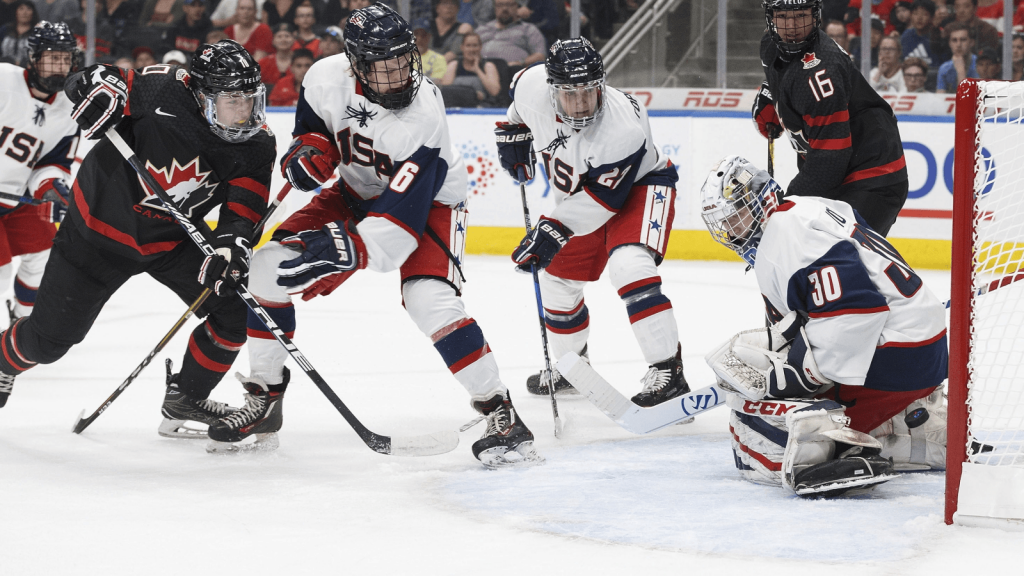