AHL POWER RANKINGS: Stumbling – but Charlotte keeps the “A” in check

Each Tuesday, EP Rinkside serves up the weekly AHL Power Rankings, a look at the top Calder Cup contenders across the 31-team circuit and their player development picture.

With one win in their past six games (1-2-3-0), the Checkers have run into a midseason slump, at least by the top-tier standards that they set over their first 40 games. Fortunately for them, they had built such a cushion that they have had room to absorb that jolt. Still, the Rochester Americans have crept to within eight points of the Checkers for first place in the AHL. The last time the Checkers faced a relative threat to their first-place standing came back in December from the Bridgeport Sound Tigers. Charlotte survived that threat and ripped off wins in eight of their next 11 games to help keep the Sound Tigers at bay. They start a two-game home series Tuesday night at home against the Cleveland Monsters, no easy task. After that, they will have a tough five-game road trip that begins with back-to-back match-ups against the surging Hershey Bears. A strong performance against Cleveland is an opportunity to spruce up their recent home performance that has produced three wins in eight games (3-2-3-0). The Checkers reported that dynamic young forward Janne Kuokkanen will be back in the line-up against Cleveland after an injury kept him out of their past four games. Checkers senior vice president of hockey ops Derek Wilkinson told team broadcaster Jason Shaya in an intermission interview this past weekend that the Carolina organization will be looking to add forward depth help for the AHL roster as the NHL and AHL deadlines approach. Along with Jordan Staal’s injury, the organization has lost experienced forwards Valentin Zykov and Phil Di Giuseppe to waivers this season. The Checkers have been active in making late-season moves in recent years.

The Barracuda just keep powering through the grueling Western Conference. Their .725 point percentage leads the AHL, and they are fresh off sweeping the rival Stockton Heat in a home-and-home series this past weekend. The first win in that set gave head coach Roy Sommer his 750th AHL head-coaching win; the AHL’s all-time leader in coaching wins (751) is in his 21st season with the Sharks organization manning the bench of their AHL affiliate. Forward Dylan Gambrell, 11-17-28 in 31 AHL games, was lost on recall to the Sharks on Monday. The Iowa Wild visit Tuesday night, a stout challenge for the Barracuda, for the first of four meetings between the teams this month. But Sommer’s club is undefeated in regulation against Central Division clubs this season. After hosting the Wild, they go into Bakersfield to play a Condors team that has taken 10 consecutive wins.

Add two more victories to the Gulls’ ever-growing pile as they continue to push toward the top of the Pacific Division. In a pair of weekend home games, first they ripped the Ontario Reign, 6-1, before taking out Iowa, 4-1, the next night. Rookie Sam Steel put together a 2-2-4 effort against Ontario. They see the Reign again this week in a home-and-home series that begins Wednesday in San Diego. After that, they undertake a six-game road trip. That first stops by Ontario on Friday. Then they have a showdown in Bakersfield on Saturday night. Those Condors ended the Gulls’ franchise-record 15-game point streak with a 6-2 win in San Diego back on January 19. Third in the Pacific Division, the Gulls are two points behind the Condors and five points away from the Barracuda. The question for the Gulls will be how, if at all, Anaheim’s latest meltdown impacts the San Diego roster.

The Amerks took care of business this past weekend against a pair of teams below the playoff line. They handled the Binghamton Devils, 3-2, this past Friday before blowing past the Hartford Wolf Pack, 4-1. The start of this week has been eventful with the recall of forward C.J. Smith to Buffalo. Smith’s 41 points (18-23-41) in 41 games leads the Rochester scoring chart. Sabres forward Remi Elie went to Rochester. Per letsgoamerks.com, goaltender Scott Wedgewood is healthy again after missing four games, and stand-out blueliner Zach Redmond has improved to day-to-day status. A home date against the Syracuse Crunch on Wednesday awaits; they see the Crunch three times in their next six outings. They continue their schedule with another affiliate of a Florida-based NHL club when the Springfield Thunderbirds come to town on Friday night. In their previous meeting, the T-birds pounded the Amerks, 9-4, in a game that included Rochester allowing seven second-period goals. The Amerks’ eight-game point streak (6-0-1-1) has put them within striking distance of Charlotte for the AHL lead. They have a mid-March visit to Charlotte for back-to-back games there.

The Crunch have left their early-January slump far in the distance, hammering out six consecutive victories to keep pace with the Amerks. Forward Carter Verhaeghe took the CCM/AHL Player of the Week honor after going 2-4-6 in the two games. He has a 5-5-10 run over his past three contests. Included in two home wins this past weekend, goaltender Connor Ingram picked up his fifth shutout in 17 games this season. The AHL schedule will test the Crunch this week. Along with the stop at Rochester, they journey to Providence for a Sunday matinee against the red-hot P-Bruins. In between is a road date at Hartford on Friday. That trio of road games means seeing opponents in Rochester and Providence that have combined for 15 wins in their past 19 games.

Nine points off the AHL lead, the Griffins settle into home this month with a seven-game homestand that starts this week and features a visit from the Wilkes-Barre/Scranton Penguins on Saturday night. The Griffins are 7-2-0-1 in their past 10 home dates, and their .750 point percentage at Van Andel Arena ties them for third overall. A strong veteran core has long been part of the formula in Grand Rapids, and veteran forward Turner Elston signed a two-year contract extension on Tuesday. Elston, 26, has gone 12-16-28 in 44 games for the Griffins this season, putting him fourth in team scoring. He came to the organization from the San Antonio Rampage before last season on a contract with Detroit and then signed an AHL deal with Grand Rapids this past summer. 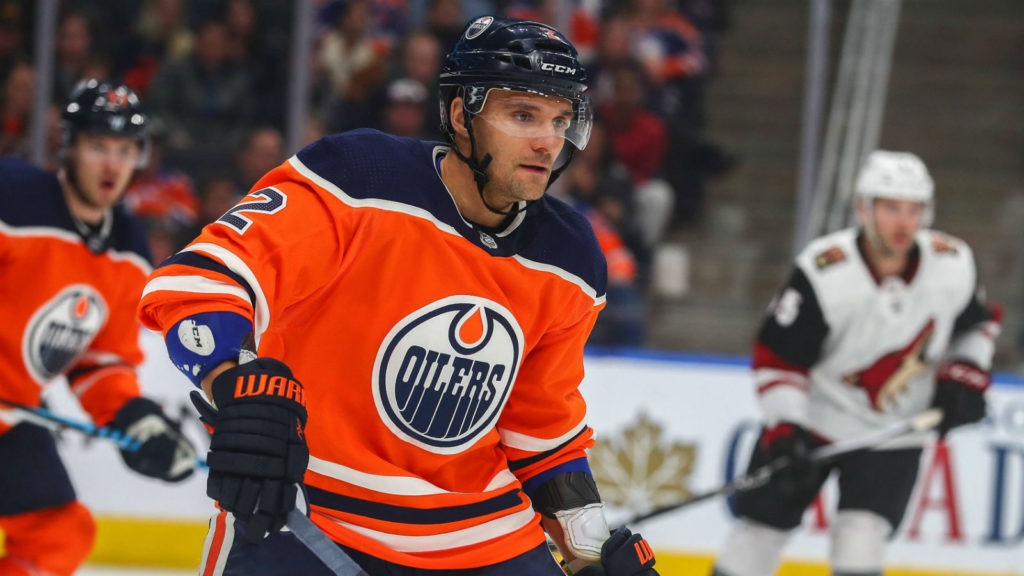 No slowing down the Condors, whose 10 consecutive wins have sent them into second place in the Pacific Division after home wins this past weekend against Ontario and Iowa. Edmonton sent defenseman Andrej Sekera to the Condors on a conditioning assignment, giving the Bakersfield blue line an additional 683 NHL regular-season games of experience. Sekera, 32, has not played this season because of an Achilles tear. Last season, a knee injury held him to 36 games. This will be his first time in the AHL since the 2007-08 season when he was a Sabres prospect with Rochester; he played 94 regular-season games for the Amerks over two seasons. They have a light schedule this week, but it is a formidable one with visits from the Barracuda on Friday accompanied by the Gulls on Saturday. Forward Joe Gambardella has an eight-game point streak (9-5-14) followed by forward Patrick Russell’s seven in a row with a point (4-5-9). Demoted to the Condors last month, NHL veteran Ryan Spooner has chipped in 2-2-4 in his past three outings.

Even amid a 9-0-1-1 run, the P-Bruins’ two-game sweep of Charlotte on their road week might stand above all else. Providence held Charlotte to one goal in the two games, and Dan Vladar put together a 37-save shutout in a 1-0 victory to finish off the sweep this past Saturday. Now the schedule bears down on Providence. They start the first of five consecutive 3-in-3 weekend when the Bridgeport Sound Tigers visit Friday night to start a home-and-home series. Following that is the Sunday matinee with the Crunch. Next weekend, they have a three-game home weekend against the likes of the Toronto Marlies, the Checkers, and the T-birds. In all, the P-Bruins play 12 of their next 15 games in Providence, where they have taken 14 of 20 games this season.

The Wolves held serve this past weekend, cruising past the visiting Manitoba Moose in a 5-2 home victory this past Saturday night. Up next is a four-game road trip that starts Saturday at the Milwaukee Admirals for the Wolves, who have gone 14-7-1-0 away from home. Oscar Dansk bounced back in net against Manitoba after being pulled in his previous start against the Rockford IceHogs. The Wolves have slowed down recently, going 5-3-2-0 in their past 10 games, but they remain only three points out of the Western Conference lead.

The Sound Tigers are back in the Top 10 after a weekend split. They got into a run-and-gun duel with the Lehigh Valley Phantoms at home, losing 7-5. But they settled down the next night at Wilkes-Barre/Scranton and took a 2-1 decision. They have a quick trip to see the Wolf Pack on Tuesday night before the Providence home-and-home. That Saturday night visit from the P-Bruins begins a period of six of eight games on home ice. They have struggled at home over the past three weeks, going 2-4-0-0 in that span after a 15-game home point streak (12-0-2-1). 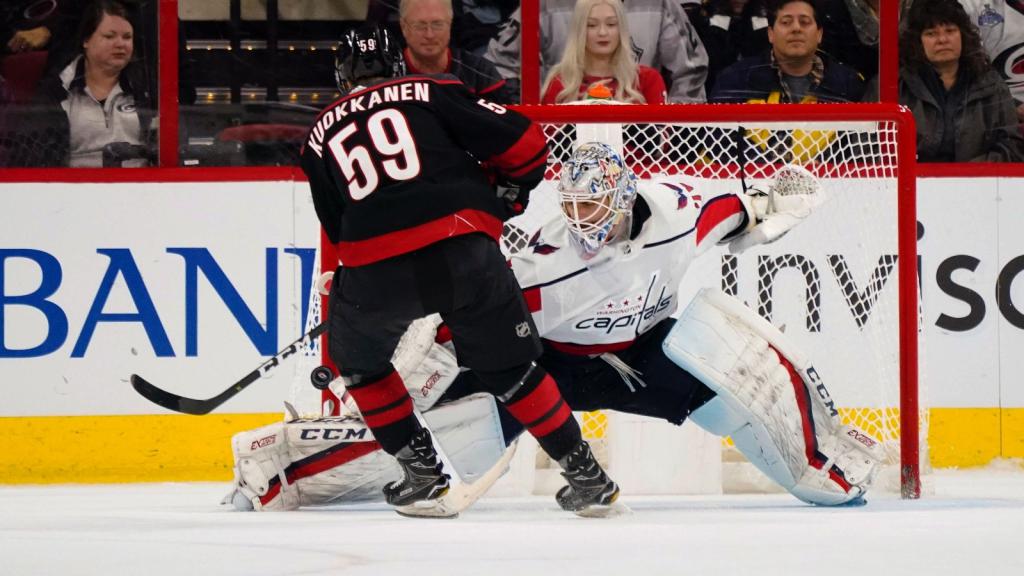 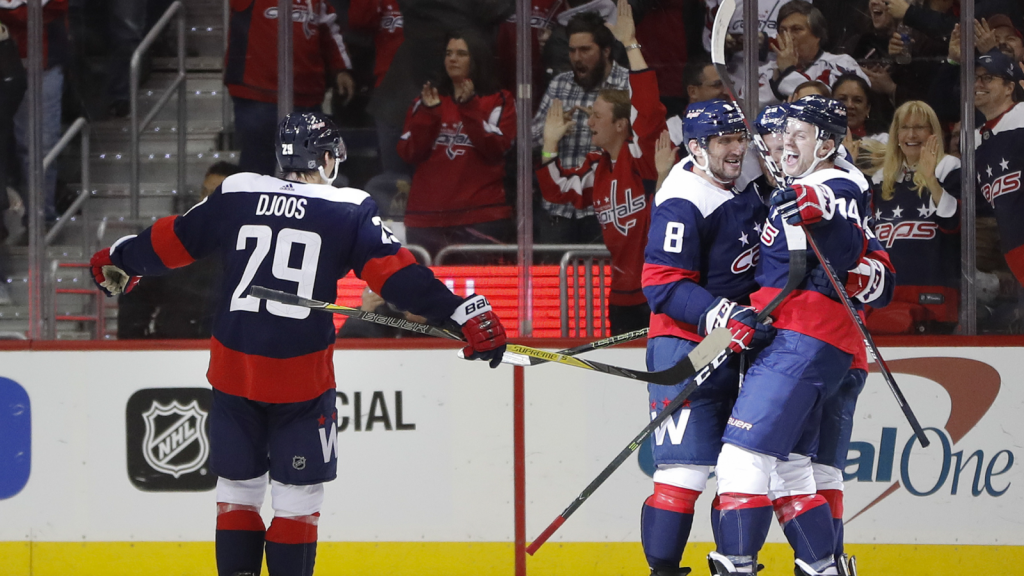 Next article AHL PROSPECT WATCH: A closer look at Verhaeghe, Ingram and Djoos