Lack of goalscoring no concern for unselfish Poehling

Typically, it’s easy to read a forward’s success by checking their year-by-year goal and assist progression. As the player becomes more experienced and they move up the line chart, the added minutes, extra experience and more talented teammates provide a situation where scoring is second nature.

This season, St. Cloud State junior forward Ryan Poehling has five goals and 20 assists. While it’s good enough to put him tied for third in points production for the team, it leaves questions as to how a player could have such a dropoff from last year’s output of 14-17–31 in 36 games. Yes, he should surpass his assist total easily, but the goals shouldn’t be a problem, especially for someone of his talent.

One answer could be that he’s in a new system. St. Cloud State head coach Brett Larson came over from Minnesota-Duluth and replaced Bob Motzko after last season. The first year in a new system can be difficult for any player, but that’s not what Larson credits to his tempered scoring.

“I’m not sure how to quantify it. He’s such an unselfish player that he’s always looking to make the guys around him better, which is also a good thing because that’s what a lot of great players do,” Larson said. “One thing we’re trying to work on with him is to try to read a situation where you have the opportunity to make the play or you can use your speed and size to get the puck to the danger area and shoot.”

Despite the goal production decline, Poehling has been a linchpin in this team. He’s the one who makes everything tick, no matter the situation. After all, it doesn’t matter who puts the puck in the net, it matters that its going in.

During the second half of the season, the Lakeville, Minn.-native has eight points in 10 games, including two goals and two assists in a 5-1 blitzing of conference rival Miami on Feb. 1.

“When Ryan is on, which he has been during the second half, he’s got a great 200-foot game,” Larson said. “He’s playing well at both ends of the ice. He can play in important offensive or defensive situations. When you have one of your most talented players playing the right way, it rubs off on the rest of the team.”

St. Cloud, as a whole, is taking his lead. The Huskies are fifth in the country in goals scored, and doing it in the toughest conference. They’re also first in the Pairwise, and could be set for a deep run in the NCAA tournament.

What makes Poehling’s job easier is the teammates on the ice with him. No matter the situation, there are high-end players available that he can find and set up a great scoring opportunity, such as defenseman Jimmy Schuldt, forward Blake Lizotte and brother Jack Poehling.

“It definitely does help to have those guys around you who do know what’s going on, and who have that sense of ‘Hey, he’s doing the right things and if you just give him the puck, he’ll make it happen,’” Poehling said.

Poehling’s talent reached a wider audience during the World Junior Championship in Vancouver this winter, as he scored five goals and three assists for the United States en route to a silver medal victory. The experience not only provided a confidence boost, but showed his skills playing against some of the best young players in the world.

“It’s cool to compare yourself to guys just as old as you. It’s the top prospects in your age group,” Poehling said. “For me to go out there and perform the way I did, especially this year, it gives you a little bit of confidence that this is how you can play and how you should play when you do make that step to the next level.”

The first-round draft pick by the Montreal Canadiens in 2017 has the tools to be a success at the professional level. He’s 6-foot 2-inches and 200 pounds, and with his distribution ability, fixing his hesitation on the puck will only make him a more attractive add.

“It’s special. The history behind Montreal, what it has been and what it still is, I think it so cool,” Poehling said. “For them to have that history and for me to be a part of it, I think it’s just cool that hopefully one day I’ll be able to play there and add on to that history.”

Still only a junior, Poehling has time to figure out regain the healthy selfishness to take those grade-A shots. Whether he makes the jump to the pros this year or after next, it’s likely only a matter of time before he’s trading St. Cloud’s red “C” for that other one with the “H” in the center. 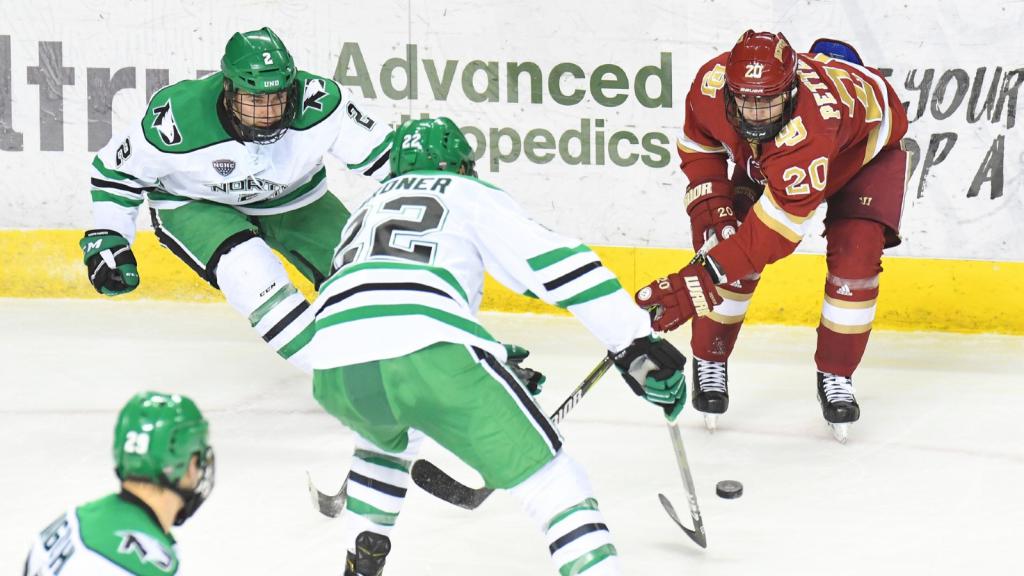 Next article FANTALYTICA: Mining for gems