This week on The Pipeline Show you’ll get updated on the happenings in the QMJHL including the seemingly unbeatable Rouyn-Noranda Huskies. Get to know a top ranked player from the USHL in Russian Egor Afanasyev as well as WHL forward Josh Williams of the Edmonton Oil Kings. Plus, a player who didn’t get draft last June who has responded with a 35-goal (so far) campaign to prove doubters wrong.

A long-time contributor to The Pipeline Show, Patrick McNeil has become one of the go-to guests when we want to talk about the QMJHL. McNeil is well versed and entrenched in the league as the voice of the Cape Breton Screaming Eagles.

Our discussion began with the 22-game winning streak currently held by the Rouyn-Noranda Huskies as the top ranked team in the CHL continues to wreak havoc on the rest of the league. The league record of 25 straight wins is in the sites and McNeil weighed in on the difficult schedule ahead for the Huskies to re-write the record book.

Several teams are battling for position as the regular season winds down and McNeil walks us through some of the more interesting battles. We talk about the scoring race between Alexis Lafreniere and Joe Veleno and more.

Lastly, with the league celebrating its 50th season this year, I asked Patrick about some of the ways the QMJHL is celebrating the milestone with the fans.

I learned a lot during my conversation with Muskegon Lumberjacks forward Egor Afanasyev. First, I discovered that he pronounces his first name the same way Igor Larionov did and not as ‘Yegor’ the way fellow Russian Egor Zamula does in Calgary. Secondly, the accent on his last name falls on the third syllable making it “a-fa-NAS-see-ev”. Lastly, the second year Lumberjack is no longer committed to NCAA hockey as he recently let Michigan State know.

We began our conversation discussing the season in Muskegon where he is enjoying a breakout campaign, leading the club in scoring. With the playoffs on the horizon, Afanasyev talked about the importance for the team to hold onto first place in their conference.

After sharing the news of his decision not to become a Spartan, obviously the question of the Canadian Hockey League came up. The Windsor Spitfires of the OHL hold his rights and the 6’3 forward said playing there next year is just one possibility that he will discuss with the NHL team that selects him this June.

I pointed out the similar path he’s currently on to that of former Lumberjack Andrei Svechnikov who spent the following season in the OHL and then stepped right into the NHL. Let’s just say that Afanasyev is well aware of his fellow countryman’s junior career.

Lastly, we talked about the draft itself and how much the weekend in June is on his mind these days.

If NHL teams are looking for a solid player in the 2nd or 3rd rounds, one of the guys on the short list might be Josh Williams of the Edmonton Oil Kings. The 6’1, 195 lb forward is currently ranked 67th in North America by NHL Central Scouting but has started to get comfortable after a tumultuous season.

Williams began the year with the Medicine Hat Tigers, the club that chose him 5th overall in the 2016 WHL Bantam Draft. Injury limited Williams to just 47 games last year and robbed him of some valuable development time as a 16-year-old.

His NHL Draft season began way back in August when he dressed for Canada at the Hlinka-Gretzky Cup in Edmonton where he scored 5 goals in 5 games. The Oil Kings acquired the winger at the deadline for Brett Kemp, one of their leading scorers at the time indicating how highly they regard Williams.

Since the trade, Williams has appeared in the CHL Top Prospects Game and dressed for 18 games with the Oil Kings.

Luka Burzan went undrafted in 2018 but the disappointment he felt last June only fueled him for his current season where he’s potted 35 goals and is one of his club’s top scorers.

The Brandon Wheat Kings acquired Burzan before the deadline last year, just one of the rewards the team got from Moose Jaw when they traded Kale Clague to the Warriors. It was a bittersweet moment for Burzan who knew he was headed to a team where he would play much more but leaving a squad that many believed to be a contender.

That was one of the subjects I covered with the Surrey, BC product as he and the Wheat Kings embark on a crucial 6-game trip through Alberta. We also discussed the 2019 NHL Draft and how he feels he has positioned himself to get chosen this year. 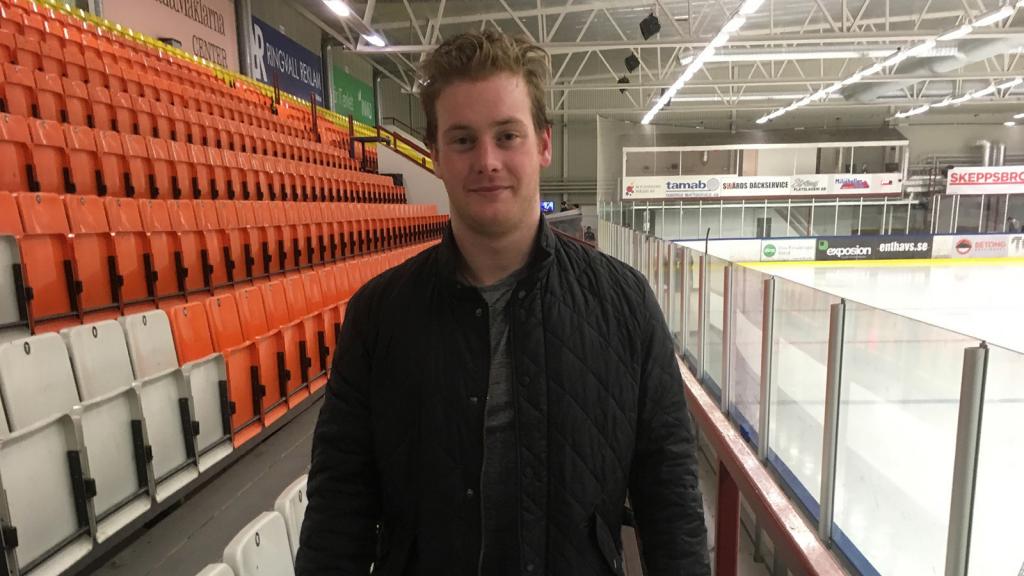