For most high-end prospects, the first year of college is a whirlwind. Outside of the obvious and stringent academic requirements, acclimating to a new level of play and learning how to maximize cohesiveness with new teammates on the ice can be a process.
However, for forward Joel Farabee, things just seemed to come together. He arrived at Boston University in September and didn’t take long to make an impact with his new squad. He tallied his first collegiate goal in the second game of the season against Minnesota State, and had 11 points through the first half of the year.

The adjustment from the U.S. National Development Program to the college level is arguably less than coming from juniors or high school, but there’s still a period of adaptation needed. Things did get a bit off-track at the end of last season, when then-BU coach David Quinn accepted the head coaching job with the New York Rangers. Quinn continued Jack Parker’s tradition of bringing in big-name, high-talent prospects, with Farabee being another name in the long list of extremely talented Terriers.

Despite Quinn’s leaving, it didn’t change Farabee’s plan. New coach Albie O’Connell was a familiar face, as he was in charge of the Cicero, N.Y., native’s recruitment. With O’Connell at the helm, Farabee would be learning a new system with everyone else on the team.

“As much as I would have loved to play for David Quinn, playing for Albie is pretty much the same to me,” Farabee said. “It was an easy transition, and I wasn’t too worried about it.”

It’s known that Farabee has elite talent, and his growth over the next couple years could make him an asset at the NHL level. Drafted 14th overall by the Philadelphia Flyers in last year’s NHL Draft, the expectations are high. But so far at this level, he’s showing why he is so coveted.

“To be able to be drafted by Philly at 14, if you asked me the day before the draft, I’d have told you that’s where I want to go,” Farabee said. “It worked out perfectly for me. I’m really excited to be in that organization. It’s great to be able to come to college and have them be open minded to when they want me to come. They just want me to get better. Hopefully, (I’ll) play for them sooner rather than later. But it’s awesome. They’re a great organization.”

The two-way forward doesn’t have many weaknesses. He’s got great vision, and an ability to find the puck in both zones. His scoring ability is among the best in his age group at the collegiate level. One thing that he must improve on to reach that next step of development is his size. At 6-foot 1-inch, he’s got the height to be a difficult forward at the pro level, but he still is just 170 pounds.

“He’s got a good frame. He’s just skinny; a little bit wiry,” O’Connell said. “From an elite standpoint, the way he thinks the game, his anticipation is as good as we’ve had. His skill level is really high end. He’s got an ability to make a play and a really deceptive shot. I think people don’t realize how hard it is. He’s got a good release and he’s able to manipulate the goalie pretty good.”

Throughout this transition season, Farabee has been the key to BU’s offensive production. His 17 goals and 36 points lead the team, and his 19 assists are second behind junior defenseman Dante Fabbro.

Farabee even showed off his talents with the U.S. team at the World Junior Championships in Vancouver. He scored three goals and two assists in five games during the holiday tournament, helping the Americans nab a silver medal.

In part due to Farabee’s efforts, Boston University survived the Hockey East quarterfinals, upsetting rival Massachusetts-Lowell in three games to reach the conference semifinals. His most impressive stretch of the year is in the past six games, where he tallied six goals and three assists.

“Joel’s been great. His game is maturing,” O’Connell said. “He had four goals and an assist (against Massachusetts-Lowell). He was pretty dangerous. That line with him, (Shane) Bowers and (Patrick) Curry,and when they’re on, they’re as good as any line. I think they were on over the weekend. He was really good, he reads the play well and he was a difference-maker.”

Only a conference title will get his team into the NCAA Tournament at the end of March, but his growth over the past several months is a good sign for him, and for the Terriers.

No matter how this season ends for the Terriers, both BU and Flyers fans have a handle on what the young forward has to offer. It’s only going to make them more excited for what is to come with his next step forward. 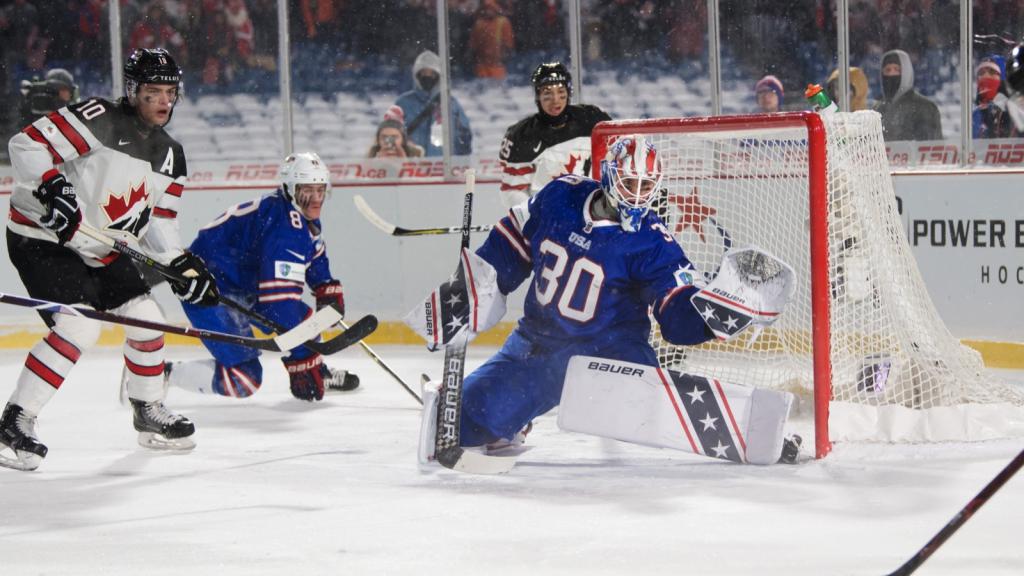 Next article COHEN: Does Hockey East Have the Best Goaltending in the Tournament?