skip-main
A TIE? More and more scouts are warming up to the idea that Kaapo Kakko could overtake Jack Hughes for number one in this year’s NHL draft. Photo: Bildbyrån
The Pipeline Show

THE PIPELINE SHOW: Cosentino on CHL playoffs and Kakko vs Hughes

This week’s episode had just one guest and just one subject; Sam Cosentino and the Canadian Hockey League playoffs.

With the playoffs starting in all three Canadian Hockey Leagues this weekend, it was fitting to get a guest on the show that could speak with authority on each of them. The list of candidates that fit the bill is a short one and so I called on a long time friend of The Pipeline Show, Sam Cosentino of Rogers Sportsnet. Sam has been a frequent contributor to the program over the years and in his role as colour analyst on CHL TV broadcasts, he’s well versed in all three leagues.

We started with the QMJHL and talked about Rouyn-Noranda, the #1 ranked team in the entire CHL. Can anyone take them down? We also singled out the Memorial Cup host Halifax Mooseheads who haven’t had a healthy line up all season long but look to be more than just automatic place holders in June.

Which series in the QMJHL does Sam think could produce an upset and which match up has caught his interest in particular?

From there were move westward to the Ontario Hockey League where conversations have to start with the 1stplace Ottawa 67’s. With incredible depth and a star goaltender, are they the clear cut favourite to come out of the East or are there as many as four legit contenders from the conference?

The OHL’s Western conference appears to be a close at the top end as it has been in a number of years. While Sam doesn’t expect an upset in the opening round, things get really intriguing after that and he explains why that is.

The Western Hockey League is our final destination where the Vancouver Giants finished on top of the Western conference in the final week, just ahead of the Everett Silvertips who held the position for most of the season. It could be a great series should the two teams eventually meet but as Sam says, there are some great series in store before that could happen.

Meanwhile in the East, everyone expects the Prince Albert Raiders to go the distance but their first round opponent, Red Deer, played them as tough as anyone during the regular season. Moose Jaw and Saskatoon could be a great clash of rivals while the Edmonton Oil Kings are the hottest team heading into the playoffs as they prepare for the Medicine Hat Tigers.

Along the way, Sam and I also discussed the recent news of Shane Wright being granted exceptional status by Hockey Canada clearing the way for him to play in the OHL as a 15-year-old. Meanwhile, Matthew Savoie was denied the same status to play in the WHL and he has subsequently committed to Denver University.

Lastly, the Niagara IceDogs were recently penalized $250,000 and two 1stround picks for violating player recruitment rules. But this week the team and the OHL settled on a single 1stround pick and $150K, I asked Sam for his thoughts on the development. 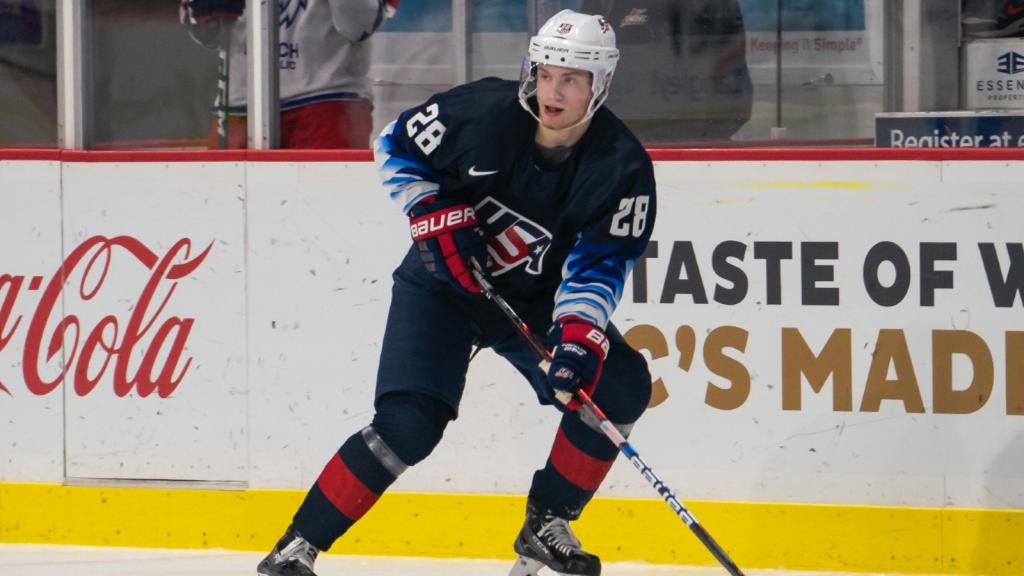 Next article Instant impact from Flyers prospect Farabee at BU