Philip Tomasino is pushing to have his season end better than it began.

Tomasino, one of the top prospects for the 2019 NHL Draft from the Ontario Hockey League, didn’t quite get off to the best first step, after all.

But he’s been running ever since.

Thanks to some help.

“Obviously you have to ask people and talk to teammates who have been through struggles,” said Tomasino, who was evolved into a standout with the Niagara IceDogs. “Everyone goes through struggles like that where you have ups and downs. You learn from it. You see what you can do better.

“Sometimes when things aren’t going your way, no matter what you do you can’t find it.”

Not the most ideal way to start one’s draft season.

“That was a pretty tough stretch. I didn’t really know what to do. It came to a point where I just had to stop thinking about scoring and as soon as I did that, that’s when I kind of broke the goal. I just tried to stay positive during that time, even when I hadn’t scored a goal that’s when I started playing really well.

“I think not thinking about not scoring and trying to play, that would help for sure.”

It’s helped Tomasino, who has rebounded to become one of Niagara’s most lethal threats.

On the second-best team in the OHL’s Eastern Conference, no less.

“You have to earn everything regardless of how powerful your team is,” said Tomasino, slotted No. 24 among North American skaters in NHL Central Scouting’s midterm ranking and No. 27 overall in Future Considerations’ Spring ranking for the 2019 draft.

“We have a veteran team here in Niagara. I had to work my way up the ladder. You have to always produce, for sure. I think our team has been producing. It’s been really fun. There’s a lot of guys that are great players on our team and are difference-makers.

He’s become that, according to Thomas.

“I’ve actually played against him quite a bit,” said Thomas, who was drafted in the second round (No. 51) of the 2018 NHL Draft by the Los Angeles Kings.

“In school hockey, I played (defense) and he played center. I’ve had to defend him quite a bit. He’s really hard to contain. He’s really shifty. You never really know what he’s going to do. He can beat you wide or dangle you. He has a pretty good shot and really good feet. It’s hard to contain guys like that. He’s a shifty player who can make a play out of nothing.

“He’s the kind of player you don’t really want coming down on you as a D.”

He’s the kind of player that more than a few teams will have interest in at the draft, too.

“But then again, my main focus is to win the OHL Championship and Memorial Cup,” said Tomasino, whose group beat the North Bay Battalion, 4–1, in the opening round of the playoffs.

“That’s something where you take it one day at a time.

“(The draft) will come fast for sure, but it’s going to be fun.”

“You just go out there and play and if you do that, I find that’s when you play your best,” Thomas said. “You’re not worried about if there are scouts here and I just turned the puck over…I would get kind of negative when stuff would go wrong just in case scouts were there.”

Focus on the team.

Focus on the draft. Later.

“I guess so, but then again you always focus on the draft,” Tomasino said. “You also focus on your play and team success. Team success comes first before anything else.

“The draft is a long time away.” 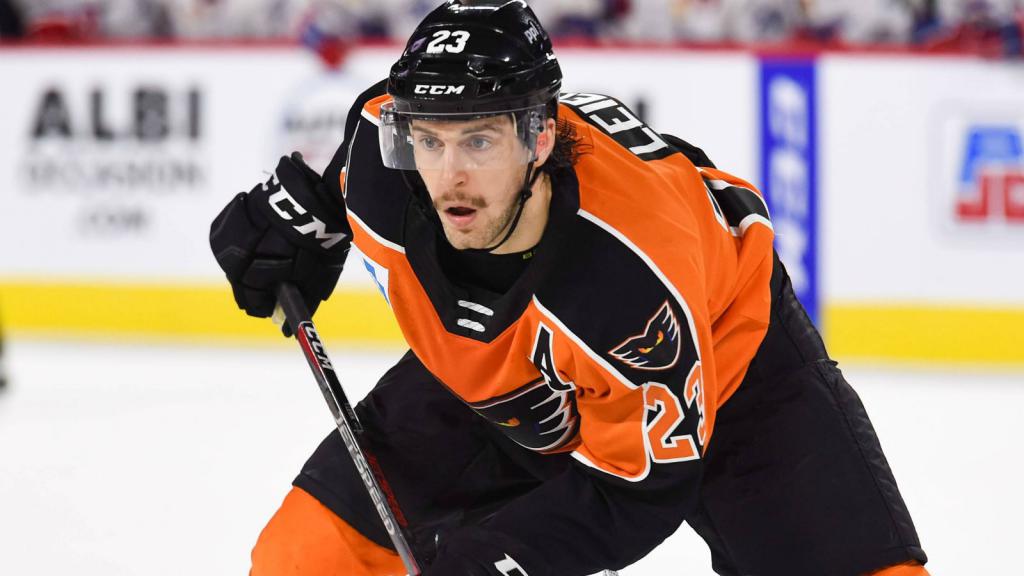