Vladislav Kolyachonok had eyes on the Ontario Hockey League.

Turns out the Flint Firebirds had eyes for Kolyachonok, too.

And when the Belarussian blueliner became available due to an overloading of imports with the London Knights, general manager Barclay Branch scooped up the 2019 NHL Draft eligible defenseman.

It was an instant match for both.

“It’s one of those things where we were kind of sitting on the sidelines, so to speak, and just watched and observed from a distance what was going on in London,” said Branch.

“We knew there could be the possibility that they would get into a situation where they had too many import players and not enough spots. We knew that, based on what the rules are in situations like that, we knew we were in a pretty good situation that at the end of the day this could be something that could benefit us in a lot of ways.

“It just so happened that it seemed to kind of be inching closer and closer towards it. We just went out and followed Vladdy closely while he was still in London. It was pre-season at the time. We had a chance to watch him closely through that stretch. It’s not rocket science with players like Vladdy. You go and you watch him and it’s right there for everybody to see, his ability to just play the game. It wasn’t hard to figure out, put it that way. That’s kind of how everything came together.

“The last of which, obviously, if we were in a situation like that, was it something where we’d entertain the idea of bringing Vladdy in?

Kolyachonok was selected with the No. 102 pick in the Canadian Hockey League Import Draft last June.

There wasn’t a hesitation to jump across the Atlantic.

“We talked about it, where to go,” said Kolyachonok, No. 22 in NHL Central Scouting’s midterm ranking for the 2019 draft. “We preferred the OHL because it’s the best league with junior hockey players.

But with the Knights had committed to 2019 draft eligible forward Matvey Guskov, and defenseman Adam Boqvist — the No. 8 pick by the Chicago Blackhawks in 2018 — was assigned to London after camp.

And a pretty big adjustment.

“He has quickly become a fan-favorite in Flint for a lot of reasons,” Branch said. “Obviously it starts with his play, but he’s such an engaging personality and he takes so much time…he’ll spend as much time as needed just to talk to fans and people that may have any questions or reach out to him. He’s become, in a very short period of time, a pretty impactful guy on a lot of levels.

“He’s very outgoing. The thing is, too, is right around the time we were talking about bringing him into Flint it was kind of discussed with us how there was a language barrier and his knowledge and ability to speak English was limited, but he’s worked extremely hard at it, extremely hard.

“Even in a few weeks we noticed a huge difference. We have teachers that are working with him as English as a second-language. They’ve been blown away even by his growth in that area. That’s just kind of lent a bit more assistance in having him being even that much more outgoing.

Both on and off the ice.

“I’m a guy that tries to be the same guy like everybody here,” said Kolyachonok, now back in Belarus after the Firebirds failed to quality for the OHL Playoffs. “The atmosphere around me, same with the team. I want to be a leader on the team. The atmosphere around me, I don’t have any problems with North American hockey. I like it. It’s faster. It’s smaller rinks. Lots of moments. It’s interesting. I didn’t have any problems at home or off the ice.”

Off the ice? No problem.

Keeping him off the ice, though?

“He’s an extremely hard worker. On an average day he will be on the ice upwards of three times a day. What he’ll do is he’ll practice with our team when we practice, and then there’ll be two other times in a day, morning and evening, where he’ll talk to the rink guys in Flint and make sure everybody’s on the same page.

“He documents all his on-ice workouts. It’s like a journal that he carries with him. He documents everything in terms of what he’s done and then he’ll document as well his off-ice work as well. This is his typical day where he’ll be on the ice two to three times a day and he’ll also be in the weight room as well. He’s very, very driven. He’s a talented player, great teammate, and he’s an amazing person. He really is.

It’s what made him a fit in Flint.

And an eye-opening prospect, too.

“I’ve worked in the league for over 20 years and I’ve never come across a guy like him,” Branch said. “It’s funny. You think being around that amount of time that you’ve pretty much experienced every type of person you can experience coming through in that stretch of time.

“Vladdy is so unique. I’ve never seen anything like it before.

“That’s the thing. He’s an extremely driven hockey player. He brings with that his attitude and his work habits. They’ve become contagious within the rest of the group. That’s the other part. All of this stuff filters out to everyone else. It’s been amazing. It’s really been an eye-opening experience. 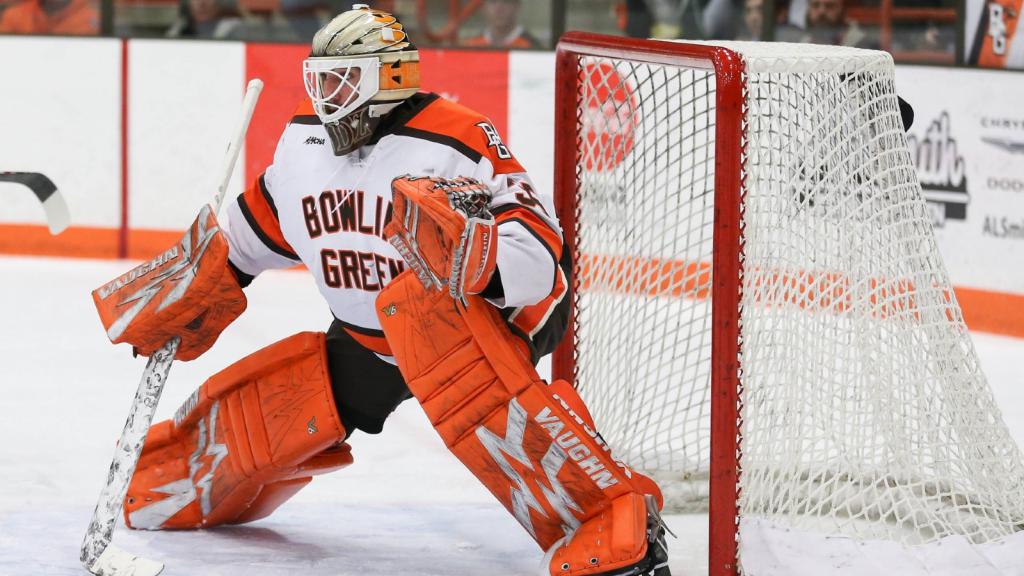 Next article COHEN: Bowling Green vs. ASU – who was the biggest underdog?