Last year, at the 2018 IIHF World Championship in Denmark, Patrick Kane scored eight goals and 12 assists for 20 points in 10 games as captain of Team USA, led the tournament in points, was named MVP by the media, and went home with a medal, although not the color he would have preferred.

It set him up for a strong off-season of training and lead to a career year with the Chicago Blackhawks where he lead the team in goals, points and assists and finished in the top six of the NHL in all three categories. When Chicago’s push for the playoffs fell short and USA general manager Chris Drury asked if he’d want to represent USA at the 2019 IIHF world championship in Slovakia, the answer was a pretty quick yes.

“To be honest with you, I had a lot of fun last year. I was in a leadership role and felt like we had a pretty good team. Felt like we had a good chance of maybe doing something special. It didn’t work out for us in the end, but ended up coming home with the bronze and won our last game against Canada. We beat Canada twice, which is always nice,” Kane said with a smile. “I just really had a good time and I think it just propelled me into the season and I had a good season this year too. So, you’re playing with good players and playing with different guys and playing for the best country in the world and I think we have a great opportunity to do something special here.

“You know, one of the reasons you come is you kind of have a bad taste in your mouth from what happened in the season, whether it’s missing playoffs or having a down year personally,” the 30-year-old Buffalo native continued. “That’s one of the reasons that I came last year and then you have a good tournament, you’re feeling good about yourself the rest of the summer and good things happen for you during the season. This year, I wouldn’t say it’s the exact same attitude, but just kind of trying to have a better feeling going into the summer, maybe win something, maybe feel good about that. But, also, I think a lot of us are here because we like playing hockey too. And, who doesn’t want a chance to play hockey at a high level?”

Before last year, Kane hadn’t been to the world championship in ten years because the Blackhawks were in the playoffs every year and won three Stanley Cups along the way. He’s simply not used to his season ending in early April. It’s that mentality that impressed USA head coach Jeff Blashill last year in Denmark and what he’ll be leaning on Kane for again this year, as he’s been named captain once again.

“Going into last year, I knew how good a player he was – obviously, one of the best in the world. What I didn’t know was his leadership ability,” said Blashill, who is USA’s bench boss for the third year in a row. “I thought his leadership last year was excellent. If something needed to be said, he said it. But most mostly, he led by example, how hard he worked in practice, how hard he worked in games. So, when he decided to come back again this year, it was a no brainer to name him captain again. I think he takes it seriously and I think he believes it’s the real honor that it is. So, it’s great to have him back there. It’s great to have the familiarity. I think he’s going to have another great tournament and I think he’s going to help us win a lot of hockey games, whether he’s on the scoresheet or not.”

With the numbers Kane put up at this tournament last year and the 44 goals and 66 assists for 110 points in 81 games he put up for the Blackhawks this season, Blashill is certainly hoping Kane will show up more than few times on the scoresheet, but explains his contributions to the team go far beyond that.

“I’m not gonna put the expectation in terms of repeating the point total he had last year. What I want him to do more than anything else is just play his great hockey and lead the team. That’s it. However the points fall, they fall, but let’s do whatever it takes to win hockey games and his approach to the game helps us do that every night,” he said.

“He’s a quiet, but super, super, super competitive player – like the best always are,” Blashill continued. “And I say quietly because you don’t see a demonstrative competitiveness. But still, just super competitive. Reminds me of Henrik Zetterberg in that way. Kaner just does an unbelievable job of competing for pucks. He wants to be the best at every thing he does and it’s been pretty neat to be able to watch him up close like this and really see how he operates.”

What fuels Kane’s competitive spirit is his desire to win a gold medal for his country. He’s had a couple cracks at it – world juniors, twice at the Olympics, two world championships and the World Cup of Hockey – but while he’s got two bronze and a silver medal to show for his efforts, he hasn’t brought home gold since he was with the US National Team Development Program and won the U-18 world championship in 2006.

“We’ve got a lot of skill, but I think we’re just gonna have to play relentless,” Kane said of the US team. “I think of all the good teams I’ve been a part of, and even last year, it seems like no matter what happens, no matter what type of adversity you face, whatever happens in a game, you can never give up. You always have to have that relentless attitude. I can see that with this team. I see there’s a lot of good players here, probably the most talent that has ever been assembled for the US at the world championships, but everyone works really hard too and I think we’ve got a good chance to win.

“I feel that myself, USA Hockey, and a lot of players in [that locker room] feel like we’re pretty close to breaking through,” he continued. “Winning gold is obviously our main goal, but this isn’t an easy tournament to win. You need a lot of skill, but you also need a lot of luck.

“In the round robin, you play some really good teams and you try to get yourself into that next round. And then, it’s do or die elimination. So, you gotta be playing playing really well at that time in the tournament,” Kane explained. “Obviously, we had a big win in the quarterfinals last year against the Czechs and had a tough game against against Sweden in the semis. You talk about a game of inches. It’s when you get to that point in tournaments, one game and anyone can beat anyone. So, yeah. It’s a really hard tournament to win.”

Kane is excited about what this team is capable of accomplishing, but instead of pouring on the pressure, he’s leaning on his experiences from last year and opting to pour on the fun and focus just as much on the opportunity to grow as a person and as a player as he is on bringing that elusive gold medal back home with him at the end of the month.

“I always enjoy playing for the US and, as I get a little bit older in my career, I want to win a gold medal. But also, you want to take advantage of every opportunity you can to either play a high level of hockey or play for your country or be part of a great group of guys like this,” he said, already smiling at the team bonding he knows will take place over the next three weeks. “And given that we haven’t won gold since 1933, it’s a big opportunity for us. We have a good team here and the chance to do something special together and I want to make sure we’re having fun while we’re doing it.”

Kane and his teammates begin their quest for gold on Friday, May 10th against Slovakia. 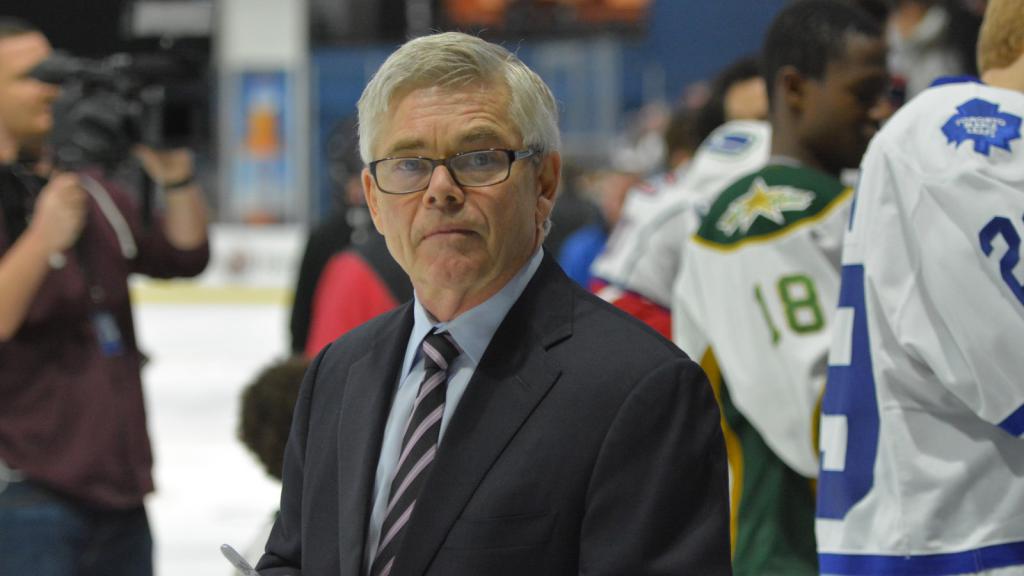 Next article AHL PLAYOFF RUN: AHL taking care of business off the ice