COHEN: Shane Wright is Exceptional On and Off of the Ice

Shane Wright is an exceptional person. He’s also a hockey player under the spotlight since earning Exceptional Status entry into the OHL, granted to players capable of entering the CHL earlier than their peers.

Unsurprisingly, the Kingston Frontenacs drafted Wright first overall in the 2019 OHL Entry Draft barely a month after the OHL accepted his application for status only five players had earned previously in the 14-year history of the rule.

It doesn’t matter, though, how many have done this before Wright and if each has found success. What matters is how the Exceptional Status process works, and if it’s good for the player chosen. Hockey is a game, after all, and it should still be fun for the 15-year-old who aims to take on this big challenge in his life on and off of the ice.

When a player contemplates applying for Exceptional Status, it takes a village to make that dream a reality. First, the player and their advisors talk about it and huddle up with the family before even filing their application. They make sure the player understands the pressure and just what a season — in this case, the OHL — in major junior hockey is like. If all parties involved agree that it’s what they want, the next step is filling out the application.

Once the player and his advisors, family, etc. have made the decision to file their application, Hockey Canada oversees a process that includes a series of interviews. After that, the player’s case is brought before a panel that includes Hockey Canada’s chief scout, a board member and another member who is experienced working with elite hockey players — that’s part of the life skill interview.

After that, the board reviews the player in question’s scouting report. During that time, coaches, family members and even some teammates get interviewed so that they can get an idea of how mature the player is both mentally and physically.

Jack Hughes, this year’s presumptive first overall pick in the NHL Entry Draft, applied for Exceptional Status and was denied. It was for safety reasons. Hughes was around 140 pounds at the time — in my estimation, a sound decision. At just 15-years-old, one’s body isn’t fully developed and being that underweight in a league with players around 200 pounds could have proven dangerous. Certainly, it wasn’t Hughes skill that led to the rejection; he could hang with any of those players in that respect.

When the Kingston Frontenacs drafted Wright, it was Hockey Hall of Famer Doug Gilmour who brought him to the podium. Gilmour is the current President of Hockey Operations in Kingston. Upon arriving at the podium, Wright thanked everyone, including Frontenacs head coach Kurtis Foster, for whom he had never even played. Wright didn’t have a list, and he didn’t shy away from reporters. He spoke like a professional. It was readily apparent that Wright is already media savvy, and that he’s used to dealing with the spotlight.

Playing in AAA Minor Midget this year, Wright had 150 points in 72 games playing for the Don Mills Flyers — 66 of those points were goals! Even though Wright’s 6-foot-0, 183 pounds, that’s not the sole reason he’s dominating. Wright’s drive to the net is great, and he can get behind the defence with his speed. Sometimes a teammate would give Wright a stretch pass and just watch him do the rest. If Wright wants to; he can score from further out with a fast wrist shot.

You would think it gets boring for Wright — dominating this league so thoroughly. Instead, the Don Mills Flyers’ forward plays the right way and works hard to make his teammates better. There have been numerous occasions when Wright’s passing is a one-way street and the puck never gets to him, and even so, it’s clearly not preventing him from consistently producing. That’s going to happen, though, no matter the league. Moving up a level means Wright will face an adjustment period, but at some point, he will settle in and a do the things that got him there.

Wright is a leader on and off of the ice. He’s already worn the Captain’s ‘C’. Coaches can see what he means to a team at this young age. You can’t teach that. Leaders are born.

On the more tangible side of things, Wright was the GTHL Player of the Year for this season and took home an OHF Bantam AAA Champion’s trophy the year prior. Something tells me that trophy shelf is just getting started.

“Our job is to get him in front of the right people, nutritionists, life coaches, doctors, psychologists, strength and skills coaches, and [that] he takes it from there,” Cam Stewart, who is with KO Sports and represents Wright, told EP Rinkside.

The fans — of the Fronts and of OHL hockey alike — are rightly stoked to see Wright in the OHL. They’ve seen the wealth of videos of him on YouTube, and some have even taken to nicknaming Wright as “Sugar.” Time will tell whether that sticks or not.

Wright’s already taller than his dad, but at 15 there is still room for growth, and he will definitely get stronger. To say the sky is the limit for him might be limiting. With the preparaton he’s had so far and will gain in the not-so-distant future, Wright has the potential to set the bar for Exceptional Status players.

This article is about:
Scouting Reports
Scoring Leaders 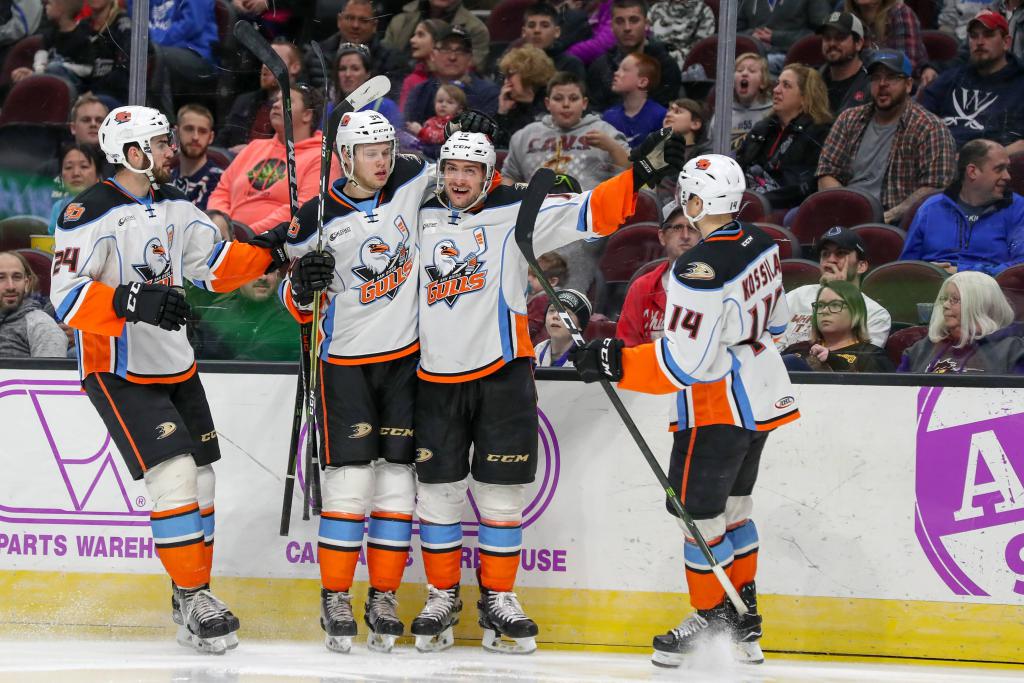