BRATISLAVA, Slovakia — Janis Moser is making the most of his time on the big stage. Understandably so.

Moser, eligible for the 2019 NHL Draft, isn’t just there to watch.

He’s there to measure himself against some of hockey’s top talent at the 2019 IIHF World Championship.

“I think if you look at them only as their names, you definitely become a spectator,” said Moser, who after playing in the 2019 IIHF World Junior Championship four months ago is now playing on the big stage with Switzerland.

“And that’s not so good if you’re playing against them.”

Moser has matched up just fine early in the tournament. He’s averaging north of 12 minutes per game and has a plus-one rating through the opening two games of the World Championship.

The 18-year-old defenseman has impressed along the way.

“He’s been great,” said blueliner Roman Josi, teammates with Moser in the tournament and a veteran of 563 NHL games spanning eight seasons with the Nashville Predators. “I mean, he doesn’t look like an 18-year-old. He’s playing with a lot of confidence. I mean, when you watch the play, he looks like a 25-year-old who has been to six World Championships.

“He’s so calm out there. He doesn’t make many mistakes.

Moser, who went unselected in the 2018 draft, surprised with a standout season with EHC Biel in the Swiss National League (NLA) this season despite his birth certificate.

Injuries propelled the 6-foot, 159-pound rearguard up the depth chart with his club, and he didn’t disappoint.

His play, eventually, garnered an invite with Switzerland’s National program.

Now Moser has gone from relative unknown to some of his teammates, to impressive standout.

“It was actually my first time I met him here and have seen him play,” said Nico Hischier, the No. 1 pick in the 2017 NHL Draft. “He’s pretty impressive how calm he is back there. A lot of poise. He makes smart plays at the right time at the right place.”

“I didn’t know him before,” echoed Yannick Weber, another mainstay on the blue line with the Predators and himself a veteran of 456 twirls on NHL ice. “I heard some things over in North America that there’s this young d-man that’s playing really, really well and he might be the next Swiss d-man to make it over. It’s the first time I’ve seen him play. He’s so poised.

“He’s so young and he plays like he’s been playing a long time in the pro leagues.

“I hope he keeps growing that way and puts on a little bit of weight and he can make his way over to North America.”

Moser is trying to absorb all he can from being in the presence of his teammates.

He understands he’s in a privileged position to pick up on the nuances of the NHLers around him.

“It’s great,” admitted Moser, who had seven assists in 43 regular-season games, and two helpers in 12 playoff games for Biel. “They are doing so many little details, a little bit different, and I can learn from them. I think I can learn a lot. I also think it’s a good opportunity for me to learn and gain some experiences.

“It’s obviously extremely cool to be here. I try to make it a really great experience.”

It could lead to a better experience with the 2019 draft, too. Certainly, there are heightened expectations for the defenseman, who found himself slotted at No. 111 in NHL Central Scouting’s Final ranking of European skaters for the 2018 draft.

Moser admitted he didn’t have great ones leading into last year’s selection process.

“No, no. I didn’t have great expectations,” he suggested. “I tried to not think too much about (the draft).”

Understandably, his expectations are higher this go-round.

An impressive season at home.

A strong showing, at least to this point, at the Worlds.

But like the experience in front of him with Switzerland, Moser will just take the calm approach to the draft.

It’s certainly worked to this point.

“I think (expectations) are a little bit higher, for sure,” he said. 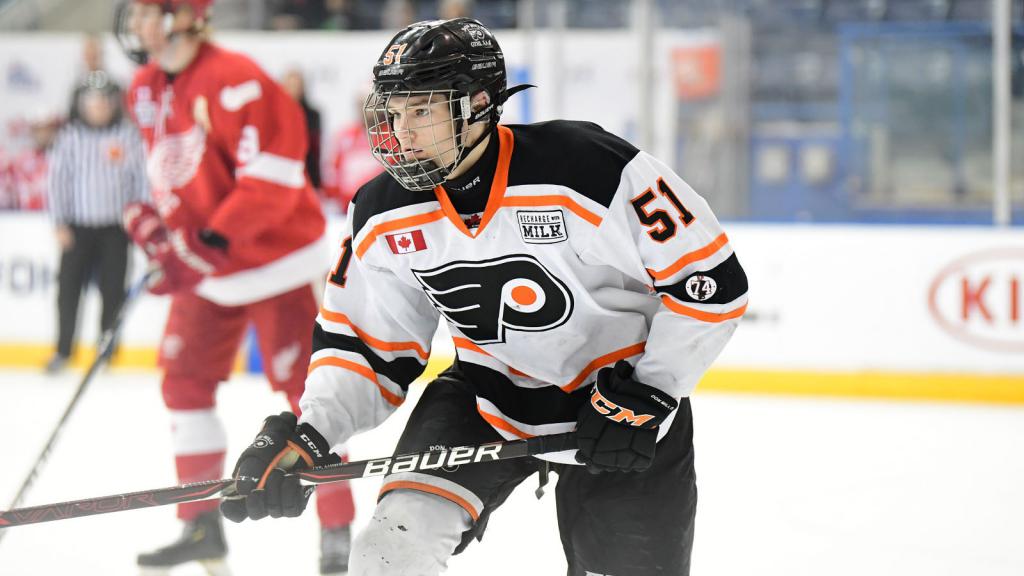 Next article COHEN: Shane Wright is Exceptional On and Off of the Ice