Teams are expected to hit on their first-round picks. When they don’t it hurts; it can set them back for years.

Most teams are looking to get a few players out of each draft — industry consensus is that two full-time NHL’ers marks a successful haul. Any more is gravy. Any less is disappointing.

The San Jose Sharks have good drafts. Sometimes they have great drafts. They look for certain traits in their picks, no matter the position, but they also know how to develop these young players. Picking them is one thing — getting them to the NHL is another. In the cap era, the more you get there, the better off your cap is when you have to sign the top players to big contracts without hurting your team’s chances to be a Stanley Cup contender.

Here are some players the Sharks either hit on or signed to a free agent contract with good success.

Kevin Labanc – The player from Staten Island, New York, isn’t from a hockey hotbed. The Sharks drafted Labanc 171st overall in the 2014 NHL Entry Draft. He had skills that continued to improve every year. He had a great coach in hockey Hall of Famer, Dale Hawerchuk, for the time he spent in Barrie playing for the Colts. In three short years, as an NHL’er, he’s gone from 20 points to 40 to 56 this season. He has four goals and nine points in 18 postseason games this year. That’s incredible for a 23-year-old who never made a U20 team with USA hockey. He has a skill level that’s very high and he’s been showing that off this year and this postseason.

Jacob Middleton – He was the 210th overall pick in 2014 by the Kings, but that’s not the franchise that’s developed Middleton — that would be the Sharks. This blueliner was the last pick in the draft. The Sharks signed him after inviting the free agent to their development camp in 2016. He’s now a black ace in the Western Conference Finals and could be that for the Stanley Cup as well. To get a player to the NHL and contribute from that slot is amazing and a testament to the player development model the Sharks use. They’re one of the best.

Dylan Gambrell – When many saw him playing at the University of Denver, they saw the pivot get better every season under Jim Montgomery. In 2017, he was an NCAA champion (he previously won a USHL Clark Cup with the Dubuque Fighting Saints in 2013) and it looked like the Sharks had a player. They snared him with the 60th overall pick in 2016. But that didn’t mean he would get to the NHL at the age of 22. Some college players can get away with one AHL season and a solid one at that where he had 20 goals and 45 points in 51 games. He played in eight regular season games and one playoff game, so far. This jump could set him up for future success and that’s a reason that the Sharks can have some high salaried players. They have a lot of younger, cheaper players too.

Justin Braun – He’s been a mainstay defenseman for the team since the 2010-11 season. The former captain at UMass-Amherst was 23 when he got his chance with the Sharks after a short stint with their AHL affiliate, the Worcester Sharks. He’s been a glue guy for the backend. He doesn’t score like he used to, but he can make some plays and his shot is accurate and that leads to more scoring. A year ago, he had 33 points and that was a career-high in the NHL. He’s the best-case scenario for this kind of signing. This story doesn’t happen for every team that signs a college free agent. This happened during the Wilson era, but the entire staff deserves the credit.

If you ask the Sharks about these picks turning into NHLers they’ll tell you it’s a lot of luck. But it’s not luck. Joe Pavelski was a seventh-rounder, Joakim Ryan was a seventh-rounder. The team is littered with them. Sasha Chmelevski could be the latest. He was drafted 185th overall in 2017 and he had 75 points in 56 games this season with the Ottawa 67’s who had a terrific year. 31 points in 18 playoff games and earlier this year and a strong, point-per-game showing in the U20s are trending that way.

So, this is a lot of luck for one franchise. Now they’re looking for lady luck to smile on them again, but this time in the form of a Stanley Cup. They’ve been to the Stanley Cup Final and lost. Now they’re hoping they can turn that around and win their first. It’s still a very tall order but it’s possible and if it doesn’t happen this season, they still have enough players and talent in place to possibly give them another shot next year. 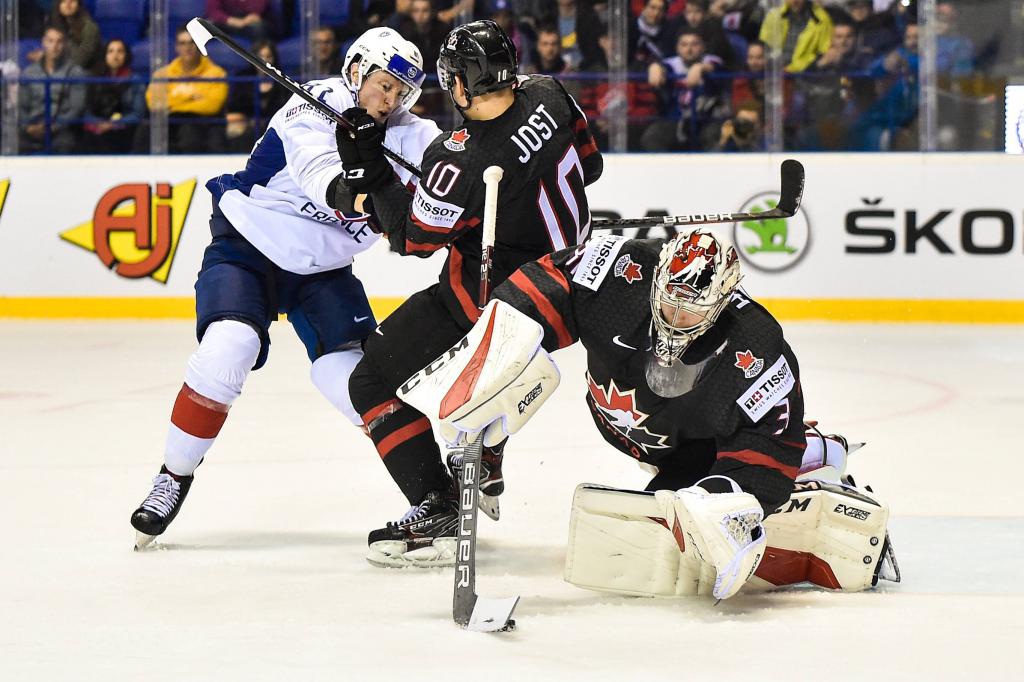