skip-main
KOSICE, May 16, 2019 — Jack Hughes (L) of the United States drives the puck during the 2019 IIHF Ice hockey, Eishockey World Championship, WM, Weltmeisterschaft Slovakia group A game between the United States and Great Britain at Steel Arena on May 15, 2019 in Kosice, Slovakia. The United States won 6-3. )
Lukasz Laskowski
Scouting Reports
VICKERS: ‘He was a Star Tonight,’ on Jack Hughes’ Player of the Game Performance at the Worlds Thu, 23 May 19 18:30:38 +0000

BRATISLAVA, Slovakia — Team USA forward Jack Hughes saved his best for last. And his best has left a lasting impression.

Hughes, the projected No. 1 selection in the 2019 NHL Draft, had two assists in 12:52 of ice time and was named Team USA’s player of the game in a 4-2 loss against Russia in the quarterfinal of the 2019 IIHF World Championship at Ondrej Nepela Arena in Bratislava on Thursday.

The newly turned 18-year-old was a scratch a game prior.

“I feel like I played well tonight,” said Hughes, who wraps the tournament with three points, all assists, in seven games. “Obviously the outcome wasn’t the one we wanted.

“I think I just got more opportunity tonight. I probably played the most since I’ve been here.

“It was a good game for me personally.”

Hughes entered the game with one point in his prior six skates.

“He was a star tonight,” said Team USA coach Jeff Blashill, whose full-time gig lies behind the bench with the Detroit Red Wings. “He was a superstar tonight. I thought he made tons of plays, created against some of the very best players in the world.”

“Their forwards are as good as any forwards in the world, and I thought he was a superstar. It says a lot about him. Obviously, he was disappointed sitting out.”

“All he did was dig in and show everybody, including myself, what a high-level player he is.”

Blashill wasn’t alone in the praise.

“I thought he played great,” said Patrick Kane, himself the No. 1 pick of the Chicago Blackhawks in the 2007 NHL Draft. “He really pushed the pace and had a lot of speed to his game, made some nice plays on the goal to (Noah) Hanifin…he made a nice play to me on (Alex) DeBrincat’s goal.”

“You can see the talent level.”

“I think it’s a tough situation. He’s a young guy, he’s coming in and he’s really not playing the minutes he’s accustomed to and he has to be good every shift or those minutes kind of fade away. It seemed like when he got on the ice tonight he really took advantage of the time he was out there.”

All that’s left for him is draft day in Vancouver in June.

He can relax, at least, until then.

“I definitely won’t be on my skates, really,” said Hughes, who turned 18 on May 14. “I haven’t had a break all year, so I’ll probably just hang out and chill.”

Hughes’ haul also includes bronze for the Under-18 and silver from the World Juniors.

Hughes’ last experience, though ending without any hardware, will prove to be most rewarding.

It’ll have him better prepared for what lies ahead, he suggested.

“It was a good couple of weeks for our teams and it was good for me to be a part of,” said Hughes, whose seasonal efforts have him slotted No. 1 among North American skaters in NHL Central Scouting’s ranking for the 2019 draft, and first overall in Elite Prospects’ Top 93 Skaters ranking in April.

“The guys were great. Whenever you get the chance to play for Team USA it’s great. Obviously not the outcome we wanted, but I think there was a good learning process for me.

“I’ll for sure digest it once I get back to the States and kind of figure out what was good and bad from this tournament.” 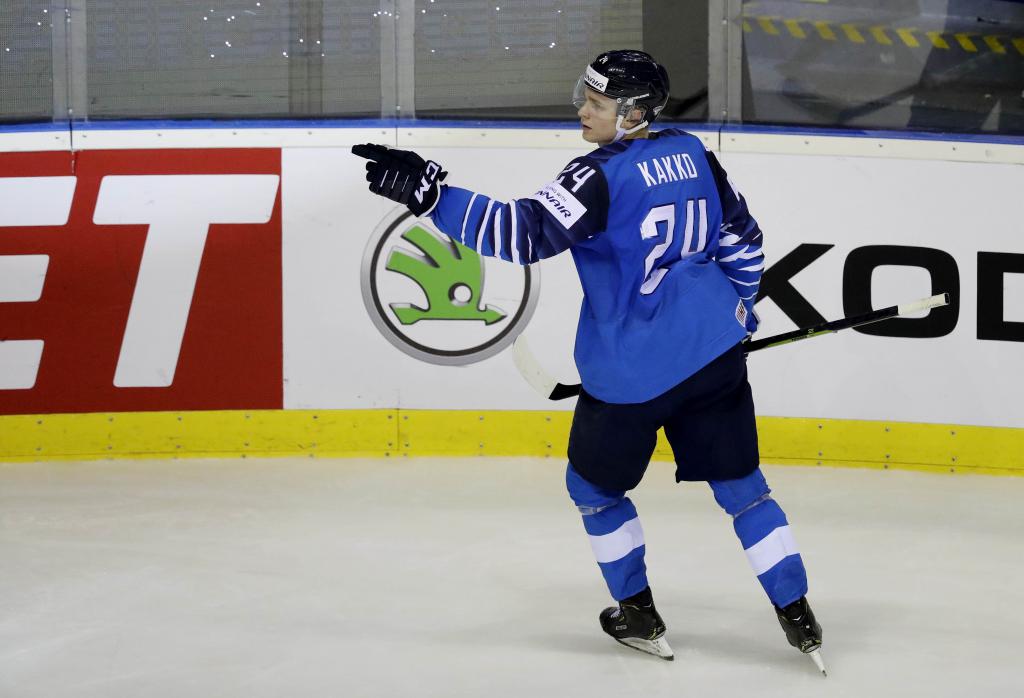 Next article VICKERS: Kaapo Kakko ‘Thinks [he] can be the First Pick’ in the NHL Entry Draft