This week on The Pipeline Show we preview the final weekend of play in the Canadian Hockey League as the Memorial Cup wraps up in Halifax, NS. Plus, a synopsis of the National Junior A Championship that was held last week in southern Alberta. Lastly, a player expected to go inside the top ten of the 2019 NHL Entry Draft is featured in the Draft Spotlight segment.

The semi-finals at the Memorial Cup pit the Guelph Storm against the Rouyn-Noranda Huskies with the winner advancing to face the Halifax Mooseheads on Sunday. Longtime OHL broadcaster Terry Doyle was the guest that previewed the final two games in the long CHL season.

Our conversation began with Terry’s take on why the champion from the Western Hockey League has struggled the last few years once they reached the Memorial Cup. The losing streak has now reached 13 games after the Prince Albert Raiders failed to record a victory in Halifax.

Then we looked closer at Friday night’s matchup between the respective champions of the OHL and QMJHL. Is there an edge to one team over the other when they are compared on paper? Does Guelph’s win over the Huskies during the round robin portion give them a mental edge? Which players so far have performed as expected and which still have more to offer?

Lastly, with the host team awaiting their competition on Sunday, do the Moose have an advantage of playing at home with a couple of days of rest?

This tournament used to be known as the RBC Cup but with the sponsorship coming to an end, Hockey Canada has rebranded the tournament as the NJAC. This year the tournament was held in Brooks, Alberta with five teams representing the best junior A clubs in the country competing for the national crown.

Andrew Peard was part of the broadcast crew so we chatted about the event, the five teams that were there, the players that stood out from the crowd and the eventual victory by the Brooks Bandits.

Peard and I also talked about recent Edmonton Oil King news items including the acquisition of 20-year-old forward Riley Sawchuk and the signing of first-round pick Caleb Reimer.

This week the spotlight found one of the top players from the Western Hockey League available for the 2019 NHL Draft, Dylan Cozens of the Lethbridge Hurricanes. Cozens reflected on his two seasons with the Hurricanes, his two experiences with Hockey Canada this year at the Hlinka-Gretzky Cup in August and the U18 WJC last month.

We discussed his status as a pioneer coming from Canada’s far north and the potential of being the most significant NHL player ever from the Yukon. Cozens admitted that he feels the pressure that goes along with being from Whitehorse but that he uses it as a motivator rather than a negative.

We talked about the draft itself and how important it is, if at all, for him to be taken ahead of other highly ranked WHL players next month. 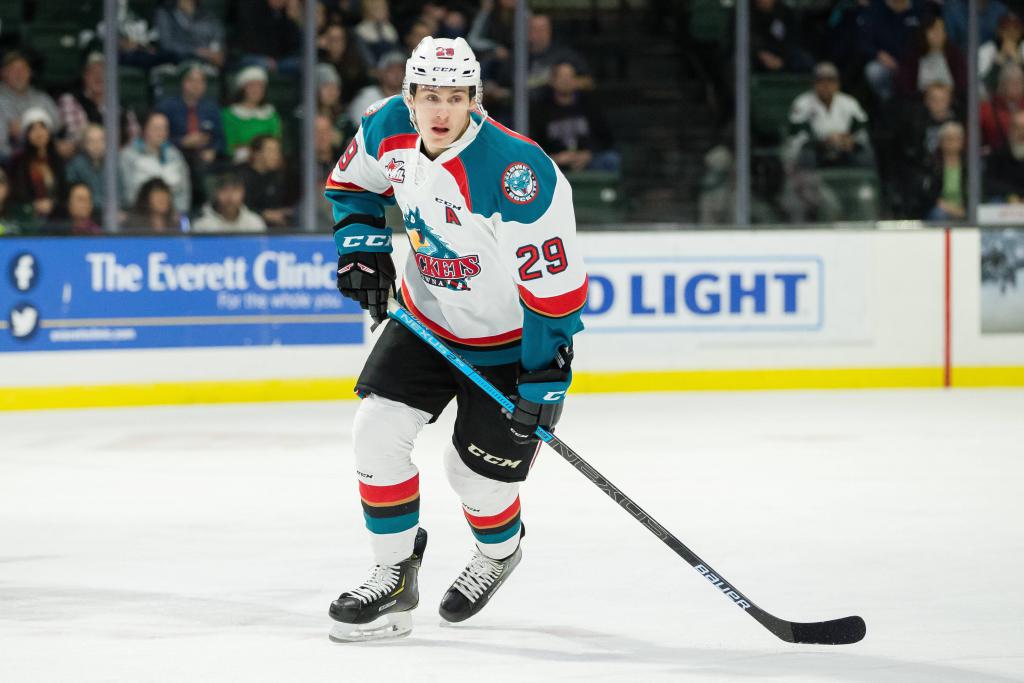