KOSICE, Slovakia — It’s not Jack vs. Kaapo. Nor is it Kakko vs. Hughes. Nada on Finn vs. American.

The battle, tells the top two prospects for the 2019 NHL Draft, is internal. Not external.

“I know people make it out to that, but I mean, I think it’s Jack vs. Jack, and Kaako is competing against himself,” said Jack Hughes, prior to Team USA’s elimination from the 2019 IIHF World Championship on Thursday.

“I’m just trying to get better here. I think that’s it. I’m here to learn and get better.”

Understandably, though, there’s debate. A reason to pause.

Certainly plenty of discussions, in the very least, for the New Jersey Devils — holders of the No. 1 pick at the 2019 draft at Rogers Arena in Vancouver on June 21-22. The same can be said, to a lesser degree, for the New York Rangers — keepers of the No. 2 pick.

For everyone else, the debate rages on more publically. Except for Kakko and Hughes.

“I don’t think or mind how much and often people ask me about that,” Kaapo Kakko said through a translator. “It’s part of the business. I just focus on playing as well as I can.”

The approach has worked, and it’s led to even further, more intense debate.

Kakko, with Finland, has six goals at the tournament in Slovakia. Hughes, with Team USA, had three assists — two coming in Team USA’s elimination against Russia.

“Well, I’ve played well,” Kakko said. “I haven’t paid much attention to Jack Hughes and his game, but I’m confident I’ve been able to let everyone see my skills and the level of my game.”

“It’s not going to be an easy choice for the teams.”

Both are ranked first, respectively, by NHL Central Scouting; Hughes on the North American side, and Kakko among European skaters.

Kakko had a record-setting season with TPS in Liiga. He holds the Liiga record for most goals by an under-18 player (22), and his 38 points were third best under the same criteria.

Hughes, 5-foot-10, 170 pounds, had a record-setting season with the US National Team Development Program. He holds the NTDP’s career record in assists (154) and points (228) and had a 2.07 points-per-game average in 110 games in two seasons.

Both, in his own right, gives way to debate. At least, from the outside. Ask someone who knows.

“I mean, it was more one-on-one for the media,” said Nico Hischier, who battled with Nolan Patrick leading into the 2017 NHL Draft before the New Jersey Devils opted to select him with the No. 1 pick.

“I really enjoyed it. I got to meet a new friend.”

Hughes and Kakko, understandably, wouldn’t be as close.

One is a man of few English words thriving against men in Europe. The other has, primarily, played in North America all season. The two simply haven’t had many opportunities to cross paths.

Welcome to Hughes vs. Kakko. 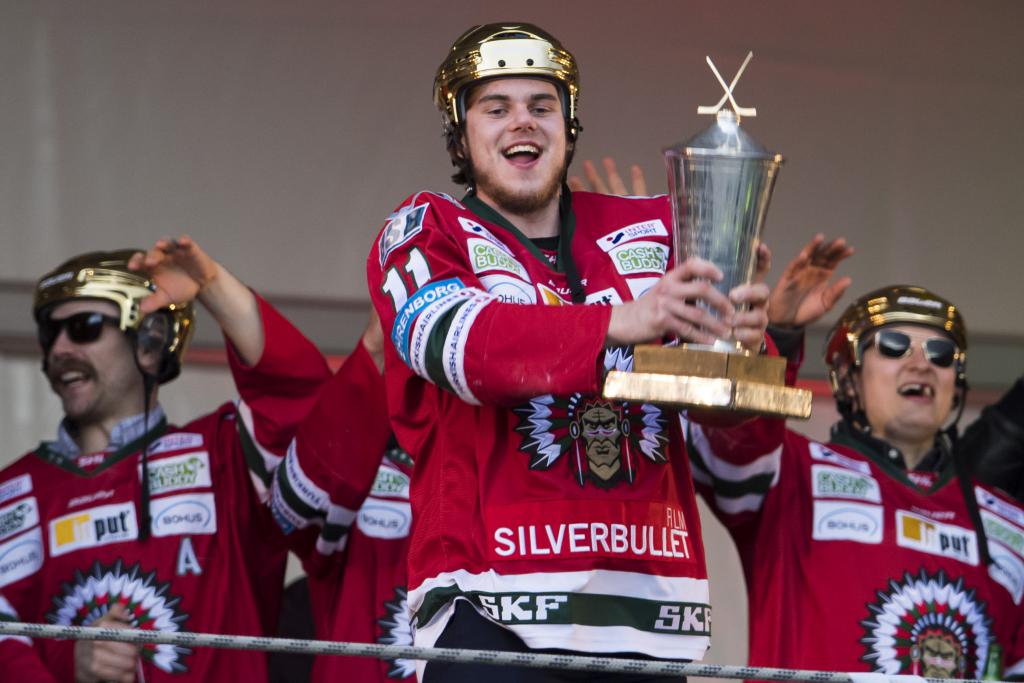 Next article Samuel Fagemo Once Passed Over, Now a Sure Thing for the NHL Entry Draft