Hockey has never had a fully integrated statistical database and content stream, the likes of which fans of the other four major sports leagues regularly enjoy. That’s about to change.

We’ve got big plans for Elite Prospects and EP Rinkside. Care to join us?

The Elite Prospects story is a fascinating one. It started in 1999 as a hobby, driven in no small part by volunteers who wanted to fuel the fire that burns within each hockey fan to know as much about the sport they loved as possible.

Since then, Elite Prospects has grown into the premier destination for hockey statistics across the globe. Fans love it. Teams rely on it. Players yearn to see their name included in our database, and most often, they are.

Now we’re ready for that next challenge. Now we’re ready to provide analysis that is every bit as satisfying, in-depth and detailed as the player pages you’ve come to love over two-plus decades on this space. More ready than ever.

Here are some of the plans that we have for this summer and beyond!

EP Rinkside is going to be your go-to destination for NHL Entry Draft an NHL prospect coverage going forward.

Our commitment to offering the best, most detailed prospect analysis on the internet should already be clear. Just to be safe, we’re going to elevate our coverage to new heights anyway.

All season, our staff has been travelling around the Hockey World, covering players in the European professional circuit, major-junior hockey, the NHL, international tournaments — you name it. They’re bringing you stories on the stars of tomorrow that you can’t find anywhere else.

Now EP Rinkside writers are going to be able to add data that they can’t find anywhere else to inform the stories that line the ground like breadcrumbs on the long, winding road from the Draft to the NHL.

It’s only suiting that the foremost statistical database in hockey set a precedent for underlying statistics and proprietary data in leagues outside of the NHL.

This week, EP Rinkside contributor Mitch Brown and I plan to release the data we’ve been tracking for NHL Entry Draft-eligible players in the form of an article complete with an interactive data visualization tool.

We are proud to present the first ever EliteProspects Draft Ranking. Our draft analyst @JDylanBurke has scouted, analyzed, ranked and presented the Top 93 skaters available in the 2019 NHL Draft. Sit back and enjoy. It's out NOW and FREE for one hour! https://t.co/MvDx3O1rhj pic.twitter.com/ZhHBazqR5T

At the end of the week, you can expect my final ranking of the top 93 prospects in this year’s entry draft, complete with video and manually tracked statistics that you can only find on EP Rinkside. Shortly thereafter, a ranking of the top ten goaltenders.

In the coming months, we’re going to do a team-by-team ranking of all 31 NHL team’s prospect pools, complete with a scouting report on each team’s top prospects, using video, proprietary analytics and good ol’ know-how to paint the most accurate picture possible of who is going to drive the NHL of tomorrow.

That doesn’t mean we’ve run out of room for player features or the type of investigative storytelling that brings the features that this new information informs to life. Quite the opposite, in fact. That’s always going to be a part of EP Rinkside, and rightly so with veteran reporters of such esteem as Uffe Bodin, Patrick Williams, Aaron Vickers, Julie Robenhymer, and on, and on. Expect that to continue through the summer and beyond.

It’s that middle ground, where the data and stories meet to paint vivid pictures in three-dimensions, that is going to set us apart from any other destination for NHL Draft and prospect analysis.

This isn’t a venture capital-fueled startup. We come from humble origins. So it’s only natural that ours is an evolutionary process, rife with trial and error, and learned experiences more than capital and investor-driven scheming.

Our principal responsibility is to the user, paying or otherwise. It’s why EP Rinkside offers a blend of content, complete with free-to-read articles and pieces that are exclusive to our Premium subscribers. That’s not going to change anytime soon either.

The Premium project is one of sustainability. It’s why the feature was invented. This industry is nothing if not in a constant state of flux. In this regard, our flexibility is one of our greatest strengths.

To that end, EP Rinkside is going to create more ways than ever for you to access our content. That’s going to start with a sale that we’ll launch sometime next week for Premium subscriptions. We also plan to create a new, slightly discounted tier of membership for users who don’t need access to most of the Premium features but want to support our written work on EP Rinskide.

Furthermore, we’re going to grant full access to the comments section for each and every member of Elite Prospects and EP Rinkside — Premium subscriber or otherwise.

We’re a strong supporter of the hockey community, and we want to foster conversation, debate, and interaction between all of its many members in this space.

I know what you’re thinking. “What about the trolls?” I’m going to meticulously monitor the comments section and ensure that the quality of the conversations therein is protected on a regular basis. It’s a privilege, not a right, and anyone who abuses it will find themselves on the outside looking in.

The engagement between our staff and the reader won’t stop there. Later this week, I’m going to host a Prospect Mailbag, with questions from Twitter. We want to host ‘AMAs’ in the not-so-distant future.

It’s my belief that readers have every right to voice their opinions on a product that they’re paying for, and that they deserve to be heard. That’s going to be the way forward on EP Rinkside.

When I first spoke with Peter Sibner, Elite Prospect’s CEO, it was clear that we had a unique opportunity to set a new standard for NHL Entry Draft and NHL prospect coverage. We have the resources — Elite Prospects is the premier destination for hockey statistics spanning the Hockey World. We have the experience, with a diverse group of reporters and analysts in every corner of professional hockey. Most importantly, we have the passion for all things hockey.

Now it’s just a matter of bringing our vision to reality. It’s an exciting time. We’re going to break new ground on prospect analysis. And we want you to be a part of that journey.

Thanks so much for your readership, your support, and your interaction with the writers and their work.

Editor in Chief of EP Rinkside,

This article is about:
EliteProspects News
Scoring Leaders 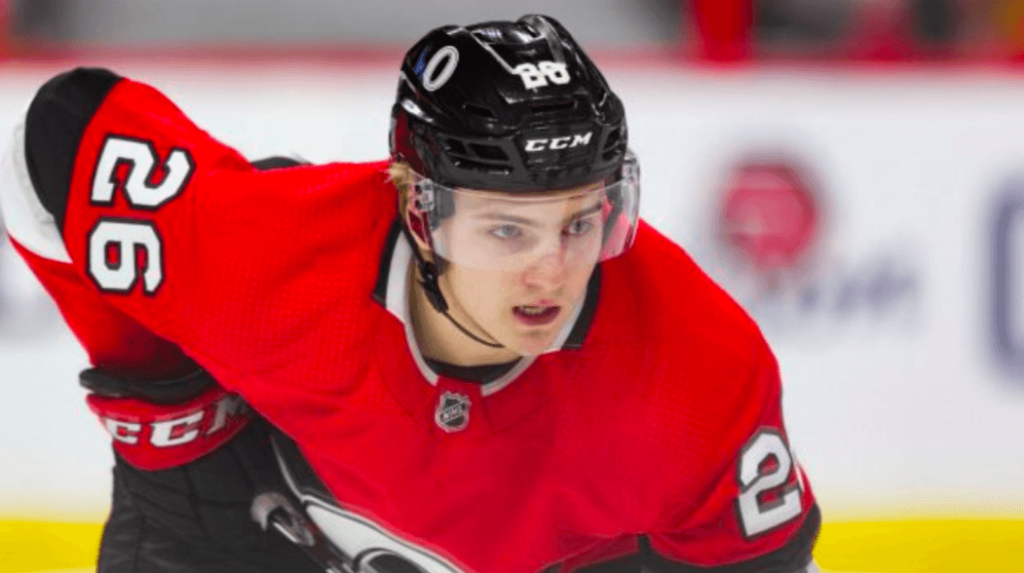 Next article BODIN: Shock and relief – Erik Brännström Excited by the Opportunity in Ottawa